By Aibarshyn Akhmetkali in Conference on Interaction and Confidence Building Measures in Asia, International on 16 October 2022

ASTANA – Singapore shares warm and long-standing relations with Kazakhstan, said Dr. Mohamad Maliki Bin Osman, Minister in the Prime Minister’s Office and Second Minister for Education and Foreign Affairs of Singapore, in an interview with The Astana Times. 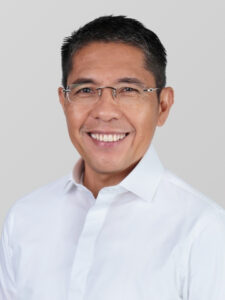 Dr. Maliki paid a working visit to Kazakhstan on Oct. 11-14 ahead of 30-year-anniversary of diplomatic relations, which Singapore and Kazakhstan will celebrate in March next year.

Dr. Maliki spoke about the current state of cooperation between the two countries as well as prospects and steps taken to strengthen economic relations.

He emphasized the foundation of bilateral ties was laid by the founding leaders of the two countries.

“Our founding Prime Minister Lee Kuan Yew, who laid the foundation of friendship between Singapore and Kazakhstan, is well known and respected in Kazakhstan, and during my current visit many people I met are still talking about him,” said Dr. Maliki.

As part of his visit to Kazakhstan, Dr. Maliki paid a visit to the NU on Oct. 11, where he toured the facilities of the university and held an informal meeting with the students, reported the NU press service.

Speaking of the current state of relations between Kazakhstan and Singapore, the minister highlighted the fact that Singapore and Kazakhstan are both strategically positioned in their respective geographical locations.

“Singapore lies in the crossroads of major sea lanes, while Kazakhstan lies between the land routes for trade between Europe and Asia. This means that we can work together to further strengthen global supply chains,” said Dr. Maliki.

Both sides, especially private sector entities, are exploring cooperation in logistics infrastructure and Singapore is ready to share its experience in that field, said Dr. Maliki.

On Oct. 12, President Kassym-Jomart Tokayev met with Dr. Maliki as part of his working visit to Kazakhstan to discuss the expansion of bilateral trade, economic, and investment ties. Both sides were keen to strengthen relations. 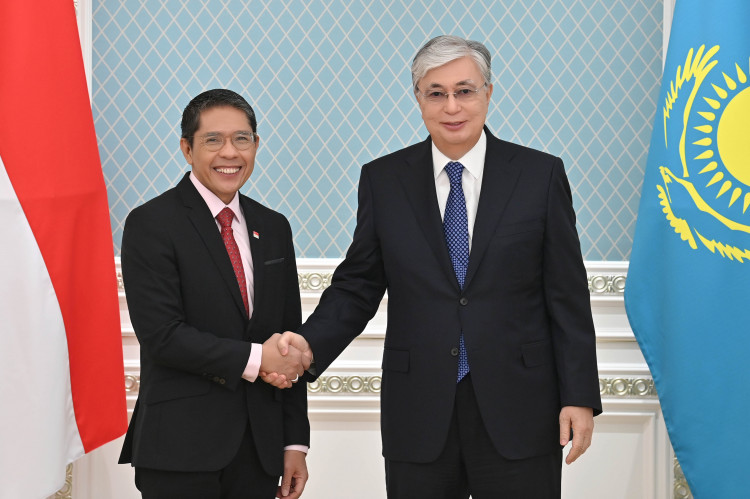 “When I met His Excellency President Tokayev, I conveyed my President’s invitation to him to make a state visit to Singapore. It would be ideal if this could take place in 2023 to mark the 30th anniversary of our diplomatic relations. This will certainly elevate our ties to a new level,” said Dr. Maliki.

“President Tokayev knows Singapore very well, having served as a diplomat in Singapore in the 1970s. He also visited us as the Chairman of the Kazakh Senate. He follows developments in Singapore with great interest,” he added.

Kazakhstan and Singapore reviewed their cooperation in several fields, with an emphasis on education and trade.

“We are now in the finishing stage of negotiations for the Service and Investment Agreement under the framework of the Eurasia-Singapore Free Trade Agreement,” said Maliki. According to him, the signing of the document will push the countries ahead with sustainable economic partnerships.

Dr. Maliki also shared his impression of the sixth CICA summit, where the Singapore delegation participated as a guest.

“I was impressed by the excellent arrangements made for the CICA summit. The fact that there were several high-level leaders bears testimony to Kazakhstan’s leadership role in the region. Singapore is honored to participate as a guest at the sixth CICA summit,” said Dr. Maliki.

He stressed the increasing importance of dialogue and cooperation.

“We live in a complex and troubling geopolitical environment. The COVID-19 pandemic has demonstrated the need for closer international cooperation, and for us to move beyond differences and strive towards mutually beneficial outcomes. For a small state like Singapore, multilateralism is not a choice but a necessity. In this regard, we welcome CICA’s efforts to promote closer cooperation among countries in Asia based on adherence to the principles of the UN Charter and international law,” he said.