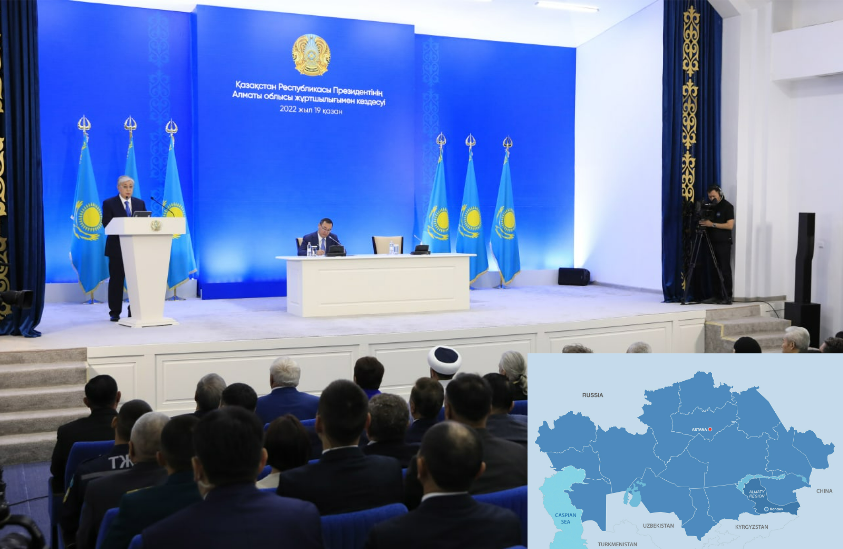 The region nowadays has a significant task in achieving balanced territorial development, with equal access of citizens to essential social services, improved housing, and communal conditions as key success indicators.

Due to the fact that the region is one of the country’s most densely populated, the situation with access to medical care is critical. Tokayev identified the construction of medical centers and the modernization of hospitals to meet advanced standards as one of the top priorities.

He further emphasized the importance of transforming Konaev city into a scientific and educational hub to attract students and youth. Almaty currently houses the majority of higher education institutions, which impacts the highly crowded city with traffic jams, poor air quality, and a lack of affordable accommodation. 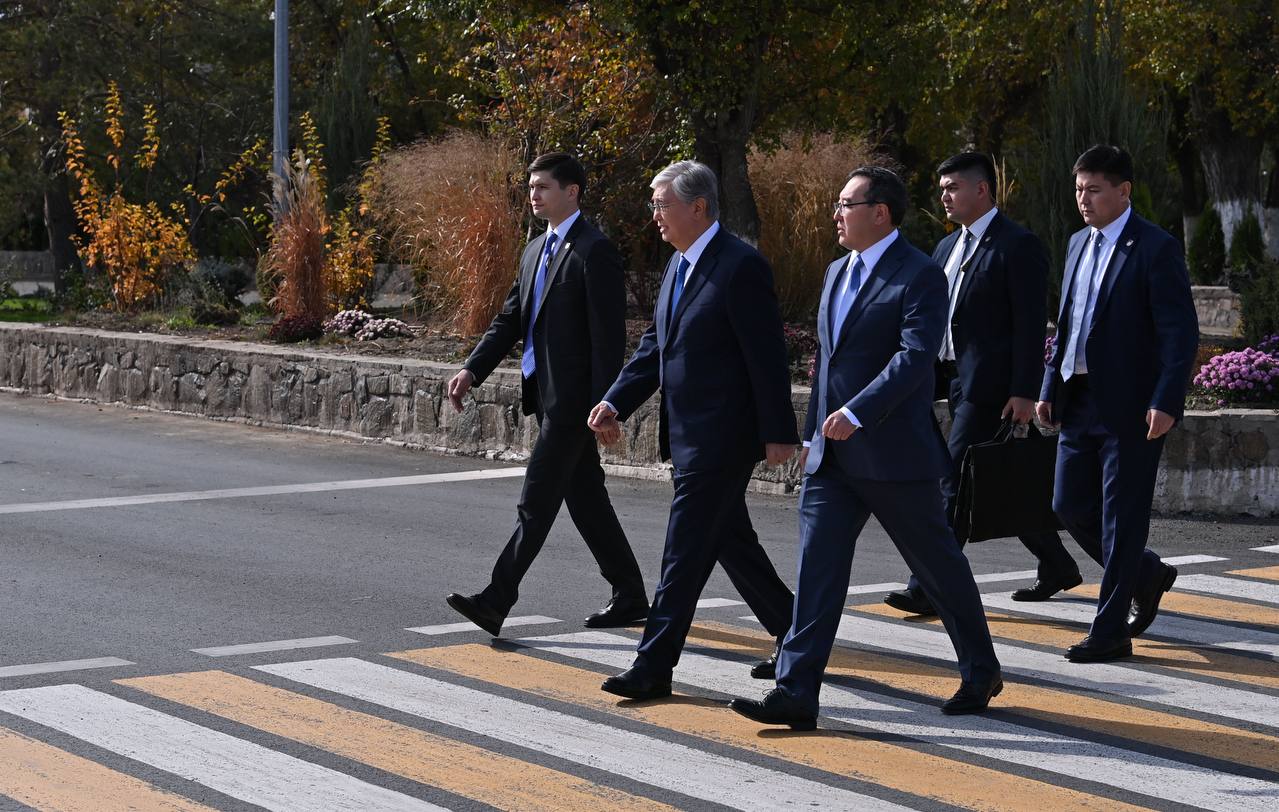 “Considering the challenges, I believe it is appropriate to establish an academic city in Konaev,” said the President.

When speaking about the manufacturing industry, which accounts for 90 percent of the region’s GDP, making it one of the highest in the country,  Tokayev said that the industry’s potential still has room to grow.

Two industrial zones operate in the region, with two more planned. One of them is a special economic zone on the territory of the Gate City satellite city, which is being built between Almaty and Konaev to accommodate potential projects.

Tokayev also emphasized the need to aid 50 international companies in relocating from Russia to Kazakhstan while preventing their unproductive concentration in large cities. “The Almaty Region is not far from China. The creation of interregional transportation corridors is critical in this case. Highways boost cargo and passenger traffic volume. Furthermore, it contributes to the country’s development, not just one region,” he added.

President Tokayev underlined the region’s significant potential to expand the energy industry. Among the many energy projects executed in the area, he singled out the Shelek corridor wind power plant, the construction of a small hydroelectric power station in the Raiymbek district, and the Bartogai hydroelectric power station in the Enbekshikazakh district, among others.

Geopolitical turbulence and the global economic crisis exacerbated inflationary pressures, including in the food market. According to the President, the region has significant potential to reduce the country’s import dependence. The government will spend more than 100 billion tenge (US$213 million) to enable farmers to complete spring fieldwork on time and have guaranteed marketable products in the fall.

While the Almaty Region is deemed the country’s tourism flagship, it still needs state support in the development and upkeep of national parks and wildlife, according to Tokayev. He also noted that tourism and sustainable agricultural growth in the region go hand in hand, saying Kazakhstan, as a landlocked Austria, should encourage viticulture and the agricultural sector, in addition to skiing and wine tourism.

“The Almaty Region can and should serve as an example of effective fulfillment of Kazakhstan’s vast tourism potential. This is my vision of the region’s primary priorities in the medium term. I am confident that by working together, we will make the region stronger and prosperous,” said the President.