By Aida Haidar in International on 31 October 2022

ASTANA –  Germany will open the Hydrogen Diplomacy Office in Astana to institutionalize interaction between the governments and experts of Kazakhstan and Germany to create a stable fuel energy cycle, announced German Foreign Minister Annalena Baerbock during her visit to the Kazakh capital on Oct. 31. 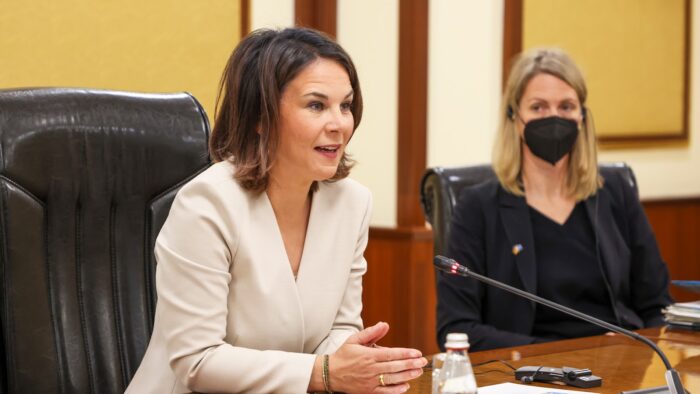 During his meeting with Baerbock, Kazakh Prime Minister Alikhan Smailov highlighted the importance of this initiative under the auspices of the German Society for International Cooperation (GIZ) and the support of the German Federal Foreign Office.

Another project, he noted, is the construction of the energy complex for green hydrogen generation, which will include wind and solar power facilities with a total capacity of 45 GW.

“This is the largest project of its kind today, but it is far from Kazakhstan’s limit in this sector. I believe that our country has a great possibility to become one of the world’s leading centers for the generation of green hydrogen,” said Smailov.

German minister Baerbock emphasized Kazakhstan’s substantial progress in the economic and sociopolitical spheres in recent years. She noted that both countries have significant potential for economic cooperation, including in energy and industry.

“We believe it is essential to establish mutually beneficial economic relations on an equal footing,” said Baerbock. 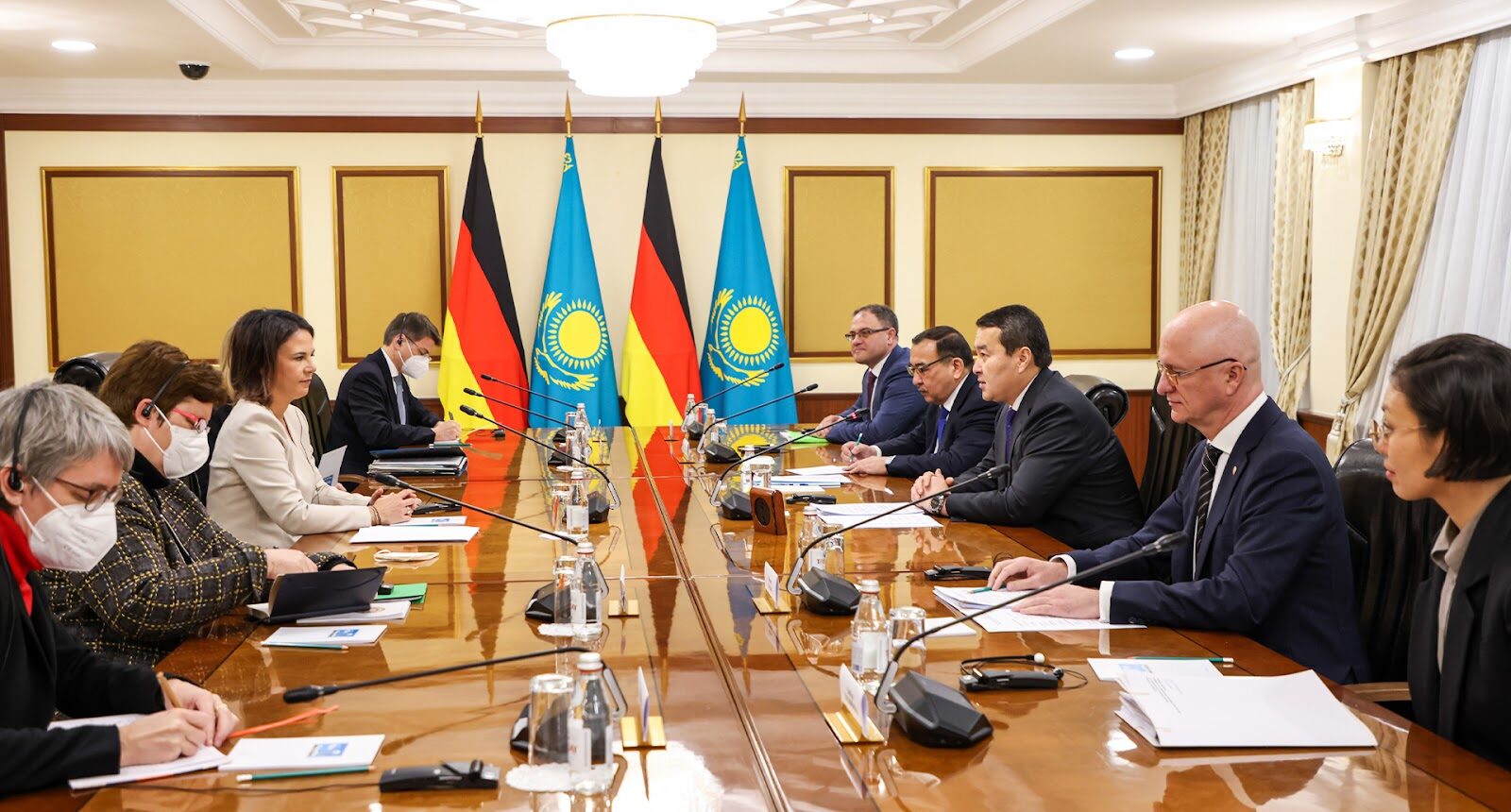 She also advocated for increased cooperation in the professional training of employees for various sectors of the economy.

The Kazakh Prime Minister said that despite the continued negative factors in the global economy Kazakhstan is determined to deepen and strengthen its engagement with Germany.

According to him, German direct investment in the country’s economy surged 25 percent last year and exceeded US$320 million. Last year, bilateral trade turnover increased nearly 6 percent to US$2.2 billion.

During Baerbock’s meeting with Kazakhstan’s Foreign Minister Mukhtar Tileuberdi, the sides discussed economic cooperation, the outlook for trade growth, and new areas of collaboration in the energy sector in light of joint projects in the country’s regions with German renewable energy leaders Goldbeck Solar and Svevind. 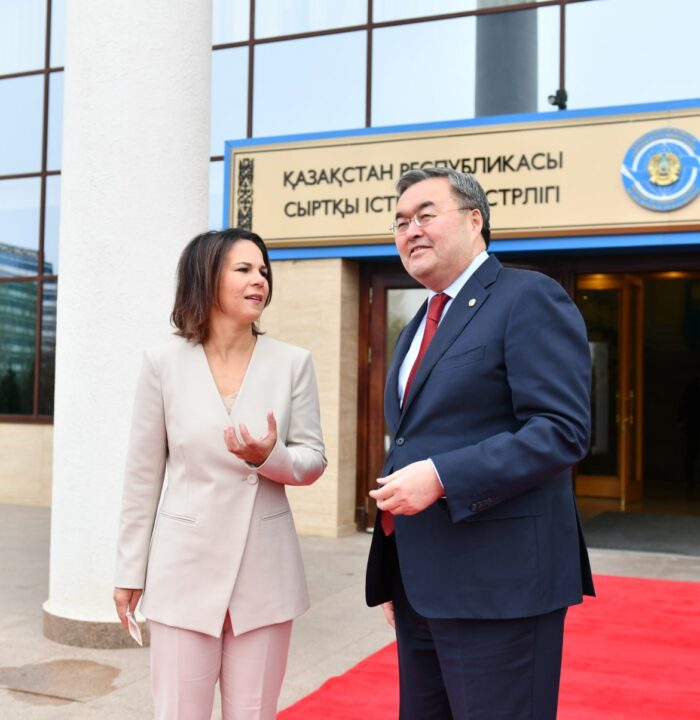 The foreign ministers noted that they have a close and honest dialogue and shared their positions on many international issues. They also emphasized Kazakhstan’s role in fostering interethnic and interreligious dialogue in the name of peace and harmony.