ASTANA – Kazakhstan’s delegation discussed greater cooperation with European Union (EU) representatives in the transport and logistics at the 35th meeting of the Berlin Eurasian Club in Brussels on Oct. 18, reported the Foreign Affairs Ministry’s press service. As part of the meeting, a special expert panel was dedicated to reforms in Kazakhstan aimed at improving welfare of citizens and better social standards as an important contributing factor to economic cooperation. 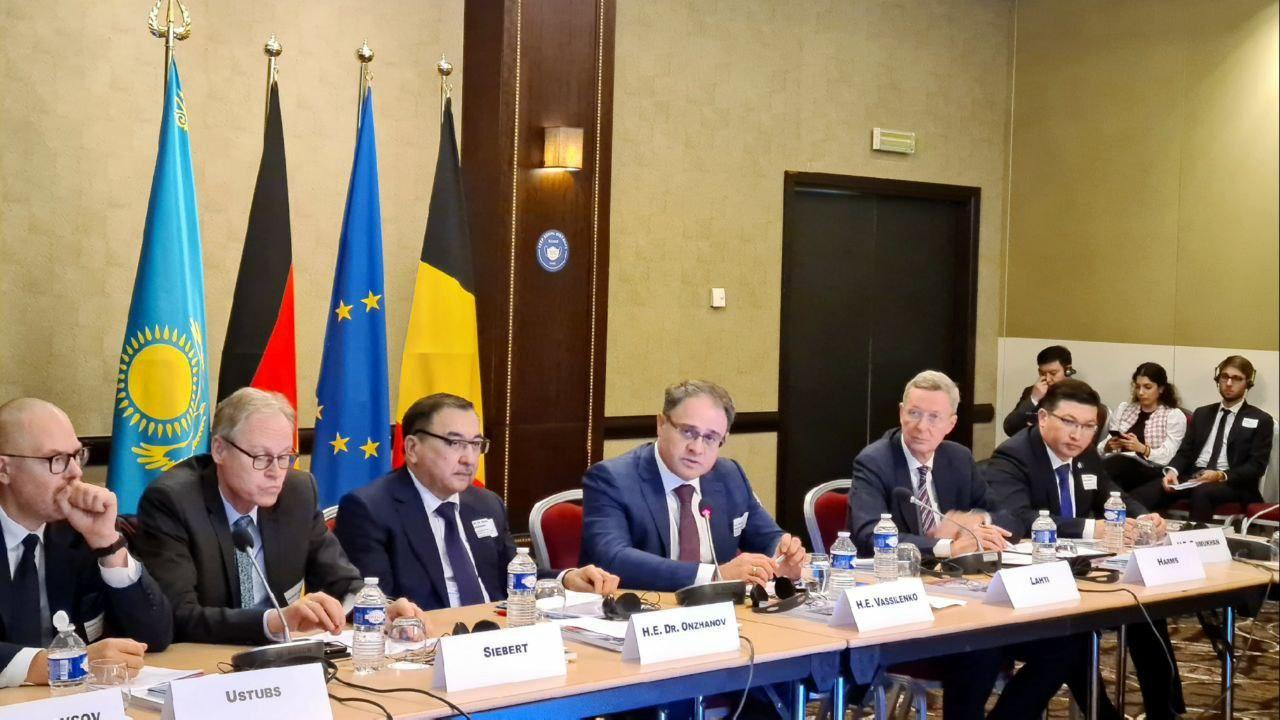 Established in 2012, the Berlin Eurasian Club is a platform for informal dialogue on issues of common interest for Kazakhstan, Germany and other EU member states, involving senior officials, business leaders and professional experts communities.

According to Kazakh Deputy Foreign Minister Roman Vassilenko, the EU is the country’s top trade and investment partner, with annual bilateral trade valued at nearly US$30 billion. To maintain the positive trade dynamics, Kazakhstan proposes to work on increasing exports of Kazakh products to the EU for US$2.3 billion for 175 types of products in various sectors of the economy.

Vassilenko also indicated the country’s interest in developing additional routes for transporting commodities between Europe and Asia, particularly the Transcaspian International Transport Route (TITR) or the so-called Middle Corridor. According to him, this strategic project is essential for maintaining regional stability. Over the past seven months, the traffic volume on this route has increased by 2.5 times and reached 1 million tons.

“I believe that cooperation between Kazakhstan and the EU within the framework of the Middle Corridor is not just an opportunity in the foreseeable future but a very practical necessity. Modernization of ports and development of the Middle Corridor infrastructure as a whole requires a set of measures and investments,” said Vassilenko.

He also added that Kazakhstan considers the EU Strategy for Central Asia and Global Gateway as additional tools for ensuring the sustainable development of our country and the region as a whole.

The global food shortage was also a top priority in bilateral cooperation. Vassilenko reminded participants that at the Global Summit on Food Security in New York, President Kassym-Jomart Tokayev reiterated the country’s intention to act as a reliable supplier of grain and other essential types of food.

“Kazakhstan, as the world’s seventh largest grain producer, is the breadbasket of Central Asia and could also be a strategic partner for the EU in implementing the global food security agenda. It is imperative to exclude food and fertilizers from any sanctions and restrictions,” said Vassilenko.

“Kazakhstan attaches great importance to developing cooperation at the inter-parliamentary level. The regular nature of meetings within the framework of the Parliamentary Cooperation Committee of Kazakhstan-EU contributes to the promotion of political and economic ties between Kazakhstan and the EU,” he added.

Other high-profile Kazakh speakers in the panel included Kazakhstan’s Ambassador to Germany Nurlan Onzhanov, Vice-Minister of Industry and Infrastructure Development Almaz Idyrysov and Deputy Chair of the Board of the KTZ national railways company Anuar Akhmetzhanov who engaged in exchanges with European counterparts on how Kazakhstan and EU, as well as other countries involved, can benefit from further expansion of international transport corridors between Europe and Asia.

A number of speakers at the event also expressed support for new reforms in Kazakhstan and indicated readiness to continue comprehensive cooperation with Central Asian countries on issues of mutual interest.

Director of the Stockholm-based Institute for Security and Development Policy Svante Cornell specifically referred to the significant reform programs implemented since Kazakhstan’s independence in the social sphere, education, and healthcare, emphasising, however, the need for their even distribution throughout the country. He also stressed that generational transition implies a shift in the understanding of the relations between state and society, which should be taken into account while elaborating and executing new packages of social, political, and economic reforms in Kazakhstan.

Other experts representing think tank communities from France, Norway, Germany and Netherlands presented their assessments and recommendations on how social reforms in Kazakhstan can benefit more people, especially in rural areas and mono-industry townships, and which European experiences could be of particular interest.

On the second day of his visit in Brussels Deputy Foreign Minister Vassilenko held individual meetings with European diplomats and experts. 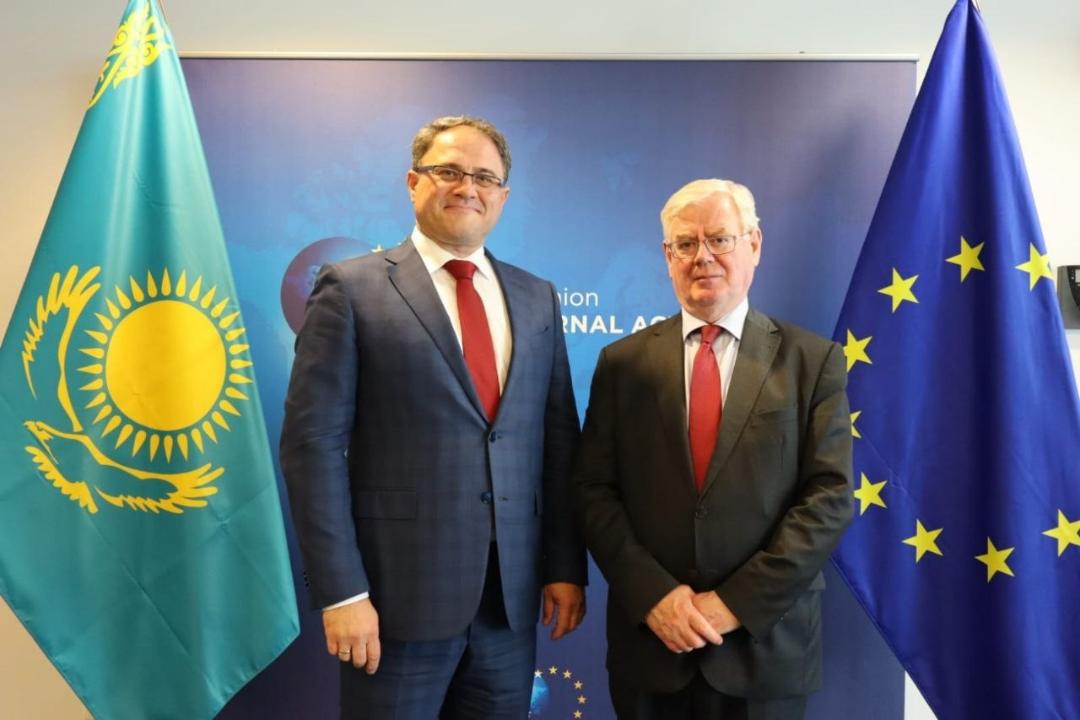 During a meeting with the EU Special Representative for Human Rights, Eamon Gilmore, Vassilenko addressed the country’s progress in implementing systematic political reforms, preparations for the early presidential election scheduled for Nov. 20, and significant legislative steps aimed at strengthening the rule of law.