ASTANA – The task is set to reduce corruption and not let corruption interfere with the efficiency of the state governance in Kazakhstan, said Anti-Corruption Agency Chairman Olzhas Bektenov in an Oct. 17 interview with Tengrinews. 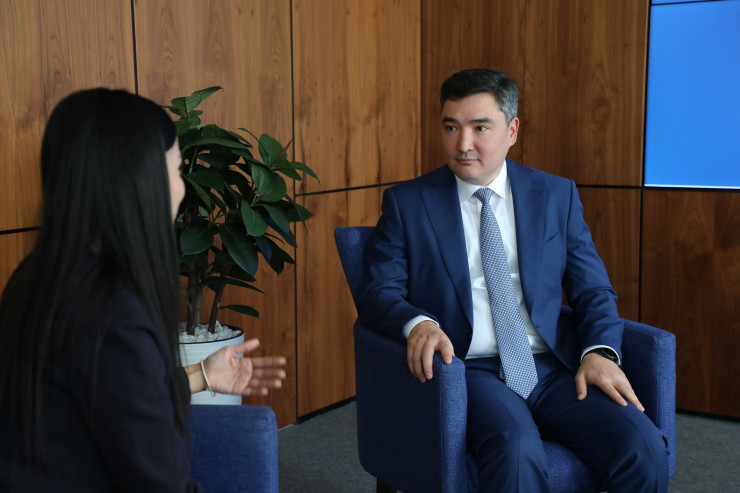 The democratic processes in society can significantly reduce corruption.

“No country is immune to corruption… In the ratings that measure the level of corruption worldwide, the top countries are democratic countries. These countries have a separation of powers, a parliamentary system, democratic, civil society with open decision-making. Corruption can be reduced by ensuring fairness and openness,” Bektenov said.

Combating corruption is one of the most important areas of presidential reforms. The country adopted its anti-corruption policy for 2022-2026 on Feb. 2. The concept includes institutional and specific objectives for the development of new anti-corruption mechanisms, and eradication of corruption among state authorities and civil society.

It is planned to accumulate the confiscated funds into a separate account or transfer it to the budget fund. Funds will be spent on the construction of educational institutions and schools. “This allows people to see how the fight against corruption is underway in the country,” explained Bektenov. 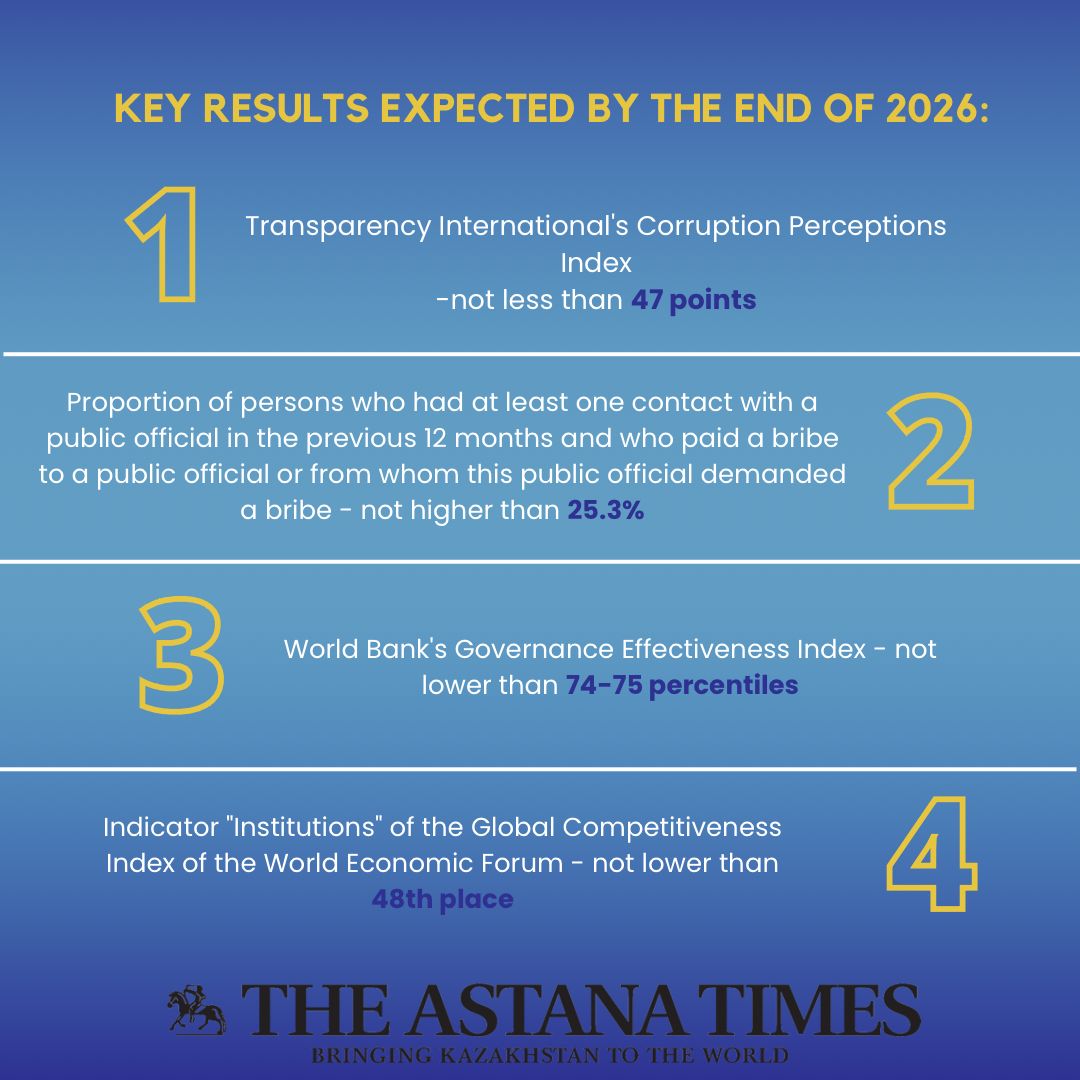 The government and the Ministry of Finance are now working on the project implementation.

The President also pays attention to the judicial system. “Unfortunately, corruption cases remain in the judicial system. Since 2015, 21 judges have been prosecuted for corruption. Corruption cases were registered among the judges of the Supreme Court. We have observed a downward trend in cases among judges in the past two-three years. Prevention activities and results of judicial reform bring results. The efficiency of the judiciary is gradually increasing. The corruption risks are decreasing. But we still have some problems, we need to work on them,” he said. 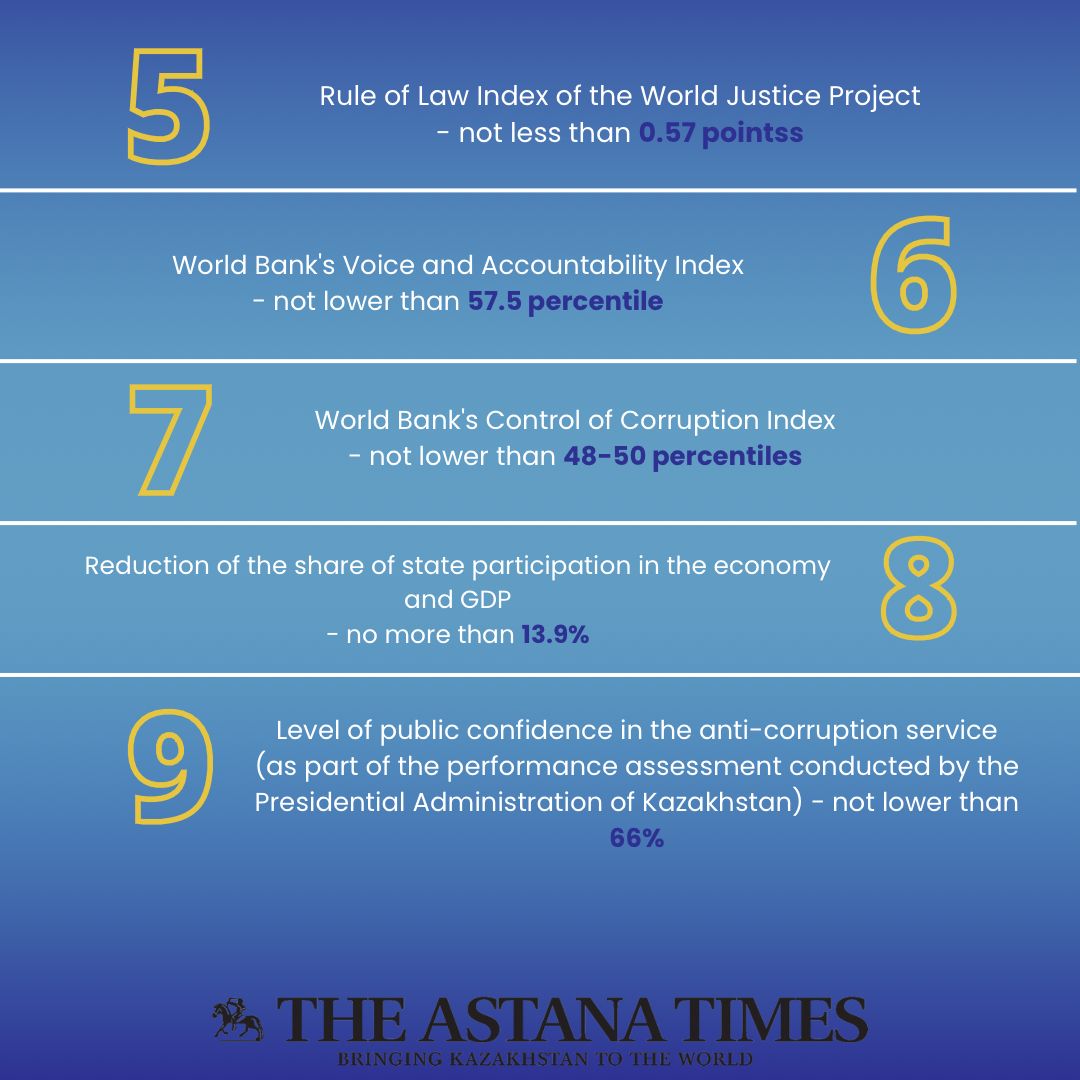 Bektenov said the anti-corruption legislation has also been improved. The agency developed a draft law providing liability for unjust enrichment. The document is under consideration by the Parliament.

“Unjust enrichment standards are recognized by international legal acts. The term ‘illicit enrichment’ is included in the UN Convention against Corruption, which was ratified by Kazakhstan in 2008. Recently, the President decided to introduce liability for unjust enrichment, when a civil servant’s expenses significantly exceed his or her lawful income,” he added.

According to Bektenov, Kazakhstan’s accession to the Council of Europe Criminal Law Convention on Corruption will be one of the effective ways to combat corruption. The country should adhere to international legal documents and seek its high standards.

Kazakhstan joined the Group of States against Corruption (GRECO), the Council of Europe anti-corruption body in 2020. The council includes 50 countries. Kazakhstan is the only Asian country that is included in the group.

“Last year, experts from GRECO and the Council of Europe visited our country for the first time to assess the anti-corruption system. We are now in the first and second combined monitoring round. The Council of Europe assesses how the fight against corruption is conducted in Kazakhstan. In March, the council provided us with recommendations on how legislation or law enforcement practice should meet the standards. We are currently in the process of implementing the GRECO recommendations,” he said. 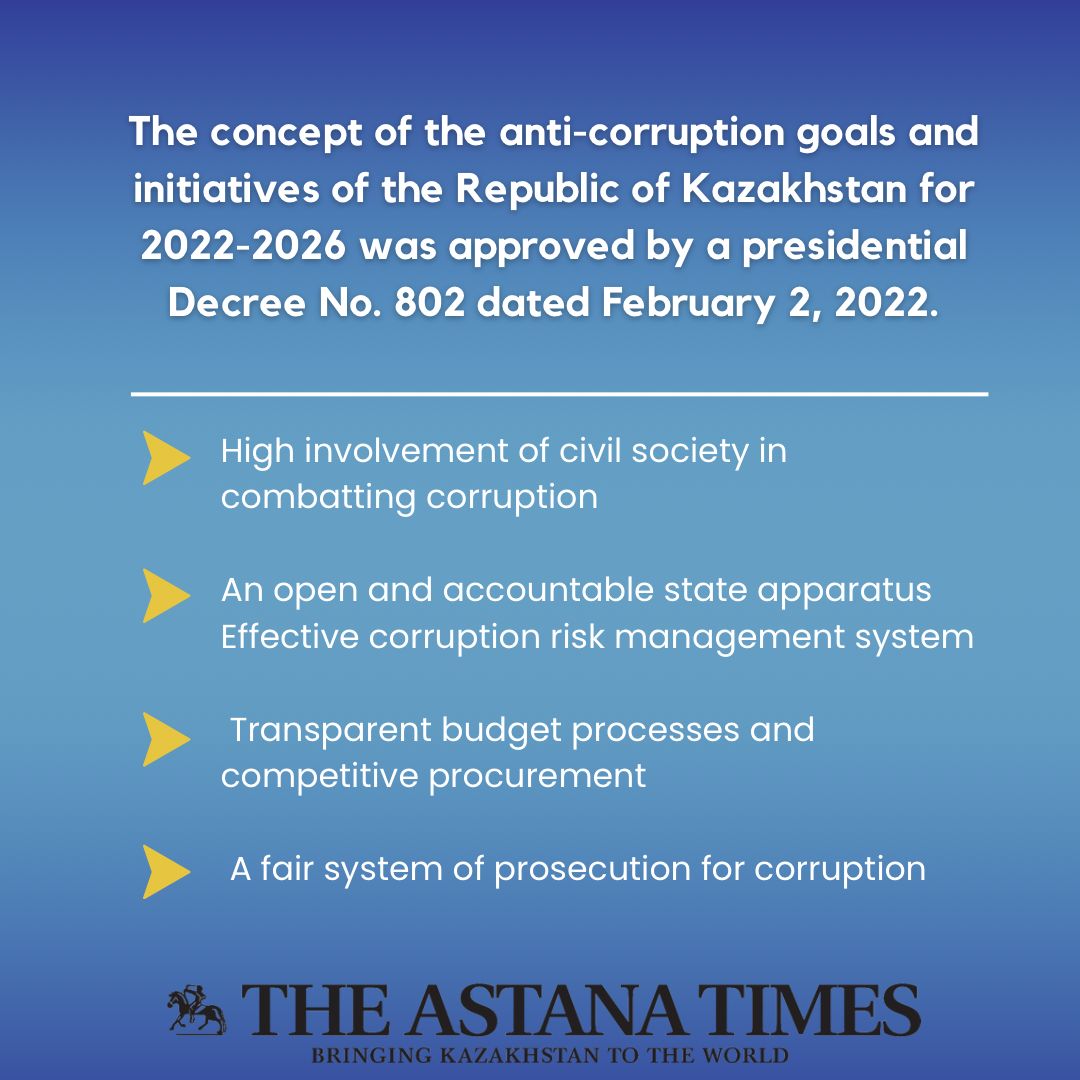 In March, the Kazakh government applied to join the European Criminal Law Convention on Corruption. “We received an official invitation from the Council of Europe,” Bektenov explained the process of accession. “We are now working on requirements to bring our legislation in line with the norms of the convention. The convention has some articles that allow us to interact with any country that is a party to the convention on the return of withdrawn assets on the extradition of fugitive corrupt officials.”

It should be noted that Kazakhstan has improved its performance in the Control of Corruption section in the recent World Bank’s Worldwide Governance Indicators project that measures good governance in 214 countries. According to the Control of Corruption Index, Kazakhstan took a position in the middle of the rating with 48,1 percentiles. [The results are reported on a percentile scale, indicating the percentage of countries with low points]. Kazakhstan has improved its position by six points, and observed more than a twofold increase over the past six years.

The agency intends to adopt the so-called map of corruption risks to reveal regional issues. An analysis of social accounts, citizens’ appeals, and media reports will show the main points for a particular area in terms of corruption.

The agency also conducts work to return illegally withdrawn funds and illegally acquired assets to the state. “Assets and funds worth about 500 billion tenge (US$1 billion) have been returned. We have already identified the criminally acquired property, including property located abroad, and persons involved in criminal cases worth more than 400 billion tenge (US$850 million). Approximately 1 trillion tenge (US$2 billion), which will be returned soon,” said Bektenov.