ASTANA – The crew of Air Astana Embraer 190 represented by Commander Vyacheslav Aushev and first officers Bauyrzhan Karasholakov and Sergey Sokolov received the Hugh Gordon-Burge Memorial Award for Outstanding Courage or Devotion to Duty in the Air at the Guildhall in London, reported company’s press service on Oct. 28. 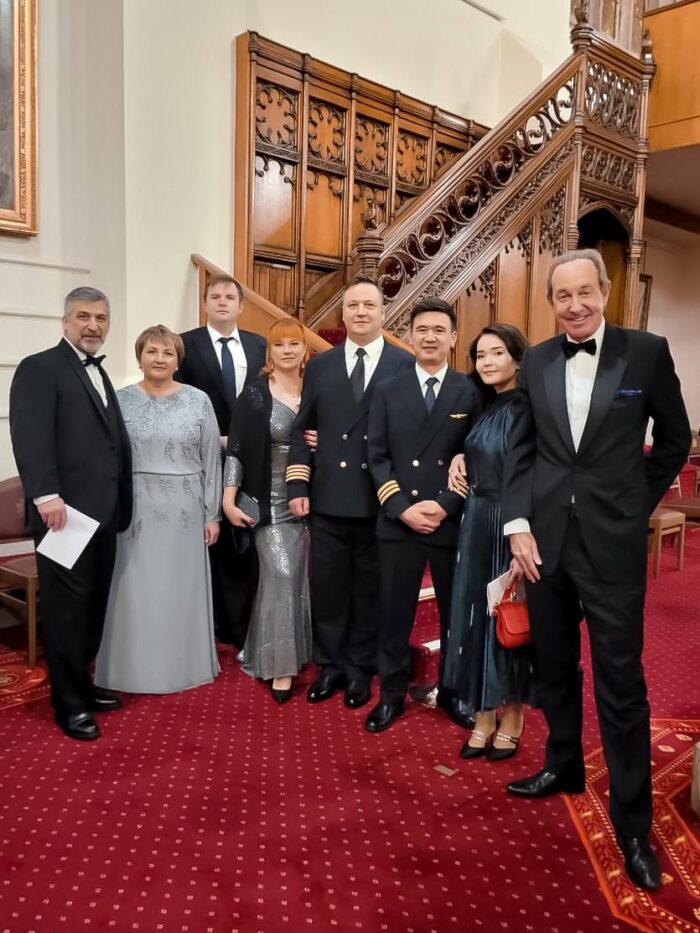 Pilots were recognized for preventing a crash during a flight on an Embraer 190 aircraft on Nov. 11, 2018. They were tasked with recovering an airliner and taking it to the home base of Air Astana in Kazakhstan’s Almaty after technical repairs in Portugal.

The improper installation of the aileron cable control system caused the aircraft to become unmanageable immediately after take-off. The crew repeatedly experienced gravitational overloads, comparable to military pilots’ overload in battles with steep dives and rotations. However, the pilots managed to identify the problem, partially regain control and safely land at Air Base No. 11 in south-eastern Portugal.

“Skill and courage, as well as impeccable professionalism, are highly valued and recognized at various levels in global aviation. We are proud of our pilots and congratulate them on their well-deserved award,” Air Astana President Peter Foster said.

The Honourable Company of Air Pilots is a philanthropic membership organization that protects the interests and welfare of pilots and navigators and strives to encourage and assist all who wish to become pilots. Established in 1929, it is one of the most famous associations in London, which annually draws several awards for outstanding achievements in the aviation field.