By Saniya Bulatkulova in Kazakhstan Region Profiles: A Deep Dive Into the Heart of Central Asia, Nation on 18 September 2022

NUR-SULTAN – The Association for the Conservation of Biodiversity of Kazakhstan (ACBK) published a video of the Ustyurt urial, a wild sheep, on Instagram, demonstrating the return of the species to the northern part of the Ustyurt Plateau located in western Kazakhstan. 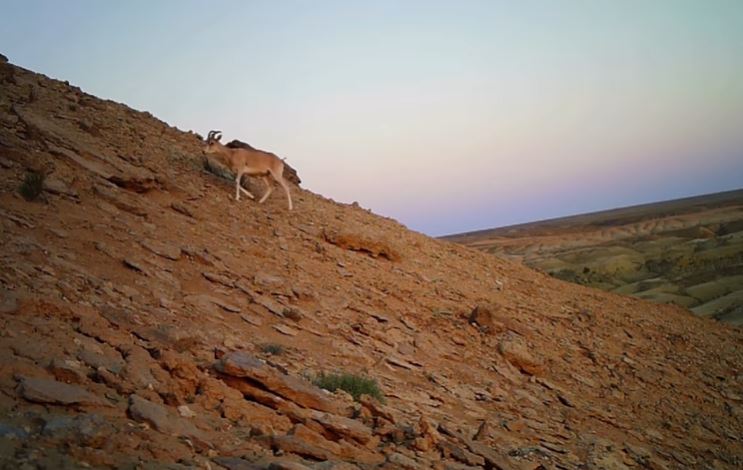 A fragment from the video.

The urial is a subspecies of the mountain ram that resides in the southwestern part of Kazakhstan as well as in Turkmenistan and Uzbekistan. The primary habitat of the animal, which is listed in the International Union for Conservation of Nature (IUCN) as a vulnerable species, is the Western Ustyurt.

According to ACBK, even though rare ungulate individuals have not been captured outside of the Mangystau Region for the last 30 years, their habitat range seems to have stopped decreasing as these mountain sheep now settle in the northern and eastern parts of the Ustyurt Plateau.

ACBK and the Atyrau Region’s akimat (city administration) are working on the creation of the North Ustyurt regional zoological reserve.