By Saniya Bulatkulova in Society on 11 September 2022 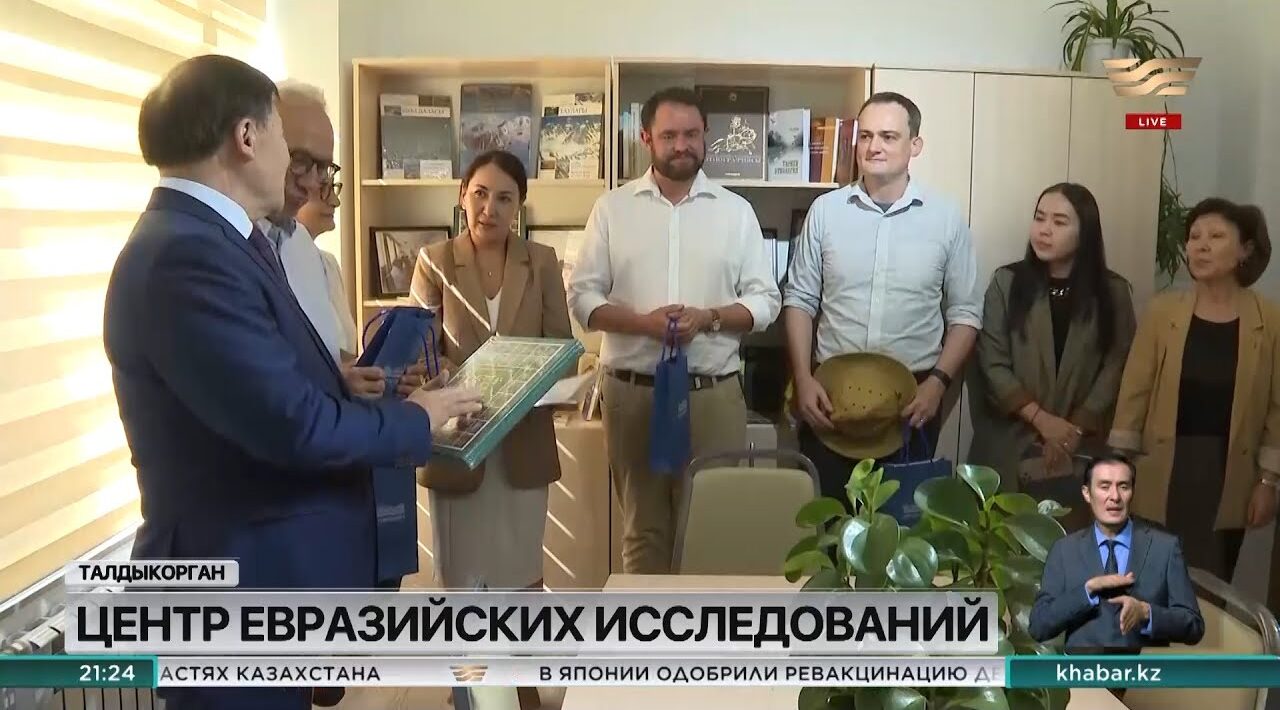 Researchers give an interview to Khabar TV channel.

The Center for Eurasian Studies is a joint initiative of Zhetisu university and the Swiss university.

“One of the projects has been operating so far. It is called Central Asian business culture. The second one will be launched in January next year, it is on the topic of corruption. Approximately 20 universities will take part,” said Zurich University professor Peter Finke.

The foreign delegation also learned more about the history of Kazakhstan, its culture, economy and national traditions.

“I really like the openness and friendliness of the Kazakh people. I plan to study the Kazakh language and visit the country once again. I also want to visit other countries in Central Asia,” said Zurich university’s student Martain Mariot, who fluently speaks five languages, in an interview with Khabar TV channel.

According to Werner Herzog, the famous ethnographer, the country is now witnessing a transition from socialism to democracy.

“I am interested in the topic of economic development. This is an important issue that requires detailed research. I would highlight the national cuisine in a separate paragraph,” added Herzog.

Zhetisu University students are expected to visit Switzerland next year as part of the agreement.