NUR-SULTAN – Seven days of autumn… This week has brought a record number of momentous events both in the life of Kazakhstan and on the world stage. Tragedies and deadlocks on one side, speeches, and summits on the other. In a world where lots of previously secure structures are rapidly disintegrating, the President of Kazakhstan is trying to promote the agenda of peace, cooperation, and preservation of human life and nature. 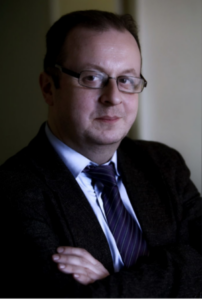 “The old system of international security, which previously served to bring peace to the planet, is collapsing… We see increasing conflict and tension in different parts of the world,” President Kassym-Jomart Tokayev said in his opening remarks at the Seventh Congress of Leaders of World and Traditional Religions on Sept. 14.

Indeed, during the last week alone the world outside Kazakhstan saw enough horrors. We saw the bloody fights in Ukraine, where the counteroffensive of the Ukrainian army and the stubborn response of the Russian forces led to hundreds, most likely thousands of casualties on both sides plus lots of victims and displaced persons among civilians.

We saw the tragic return (hopefully only for a few days) of the gruesome conflict between Armenia and Azerbaijan. We saw the “duel of sanctions” between Russia and the European Union, where people for the first time since World War II are asking themselves the question if they will be able to heat their homes in the coming winter. We saw the diplomatic deadlock when even a visit by the Russian foreign minister to a session of the UN’s General Assembly in New York City became a problem due to visa restrictions, personal sanctions, and the general trend of liquidation of diplomatic niceties.

During the same week, Kazakhstan hosted the Congress of World and Traditional Religions, with the Roman Pope Francis as the main guest; it hosted the Chinese leader Xi Jinping who came on a special visit to the country before the summit of the Shanghai Cooperation Organization in Samarkand. President Tokayev made a keynote speech at this summit in Samarkand. And, last but not least, he stated Kazakhstan’s firm position in favor of peace and immediate negotiations during the online meeting of the Collective Security Treaty Organization (CSTO) devoted to the conflict between Baku and Yerevan. The online meeting took place on Sept. 13, also during this momentous week.

“War and Peace”… The news produced by this week made an impression that this is no longer just the name of Leo Tolstoy’s famous novel, but a brief description of the world’s condition and the choices, which countries have to make in it.

Kazakhstan’s choice is clear: peace, rejection of war, and dialogue by all means. This is the main meaning of all the three keynote speeches that the President made this week: his address to the Congress of Religions, the statements during the negotiations with Xi Jinping, and the framework of SCO’s summit in Samarkand. In these speeches, Tokayev not only rejected the “hot war” with its devilish modern killing methods but also the “economic warfare” of sanctions, embargoes, and restrictions.

”Threats, sanctions, and the use of force do not solve problems,” the President said addressing the Seventh Congress of Leaders of World and Traditional Religions. “Unfortunately, tension, mutual distrust, and even hostility are returning to international relations. What can we rely on to counter today’s challenges? History provides only one answer – goodwill, dialogue, and cooperation.”

Some might say: this is wishful thinking. Joseph Stalin’s famous ironic question on the power of the Catholic church: “And how many tank divisions does Vatican have at its disposal?” – seems to be back in fashion.

This question may be countered by another one: Vatican exists and exerts some spiritual influence, and what happened to the system created by Joseph Stalin? Even most of the memory sites connected to his personal history have not been preserved.

So, the power of Word, the power of Spirit should not be neglected. And President Tokayev’s words at the Congress about the need to preserve the basic principles of traditional religions – such as the sacred value of human life, promotion of universal love and caring attitudes among humans, rejection of hostility – these words reflected the spirit of the times. Definitely, they reflected the spirit of the times better than constant calls for constant upgrades of modern weapons or hostile ethnic “phobias.” (The official language policy of Kazakhstan, where people are urged to speak and write in Kazakh, Russian and English reflects Kazakhstan’s rejection of both Russophobia and Anglophobia.)

And President Tokayev’s words found a greatful audience – during the whole week, in various parts of the world. Here are the Pope’s words:

“Kazakhstan’s policy of religious diversity, along with your commitment to interreligious dialogue, is a seed of hope sown in the common soil of humanity,” Pope Francis said. “It is up to us to cultivate those seeds for the sake of future generations, for the young, whose desires must be considered as we make decisions affecting the present and the future.”

The desires of the young are well known: they want to live in a big and secure world, without wars and visas, preferably the size of our whole planet, which is not so huge and actually very fragile, as we found out the hard way.