NUR-SULTAN – President of Kazakhstan Kassym-Jomart Tokayev met with representatives of international organizations, religious leaders, and heads of religious universities on Sept. 13 on the eve of the upcoming seventh Congress of Leaders of World and Traditional Religions, reported the Akorda press service. 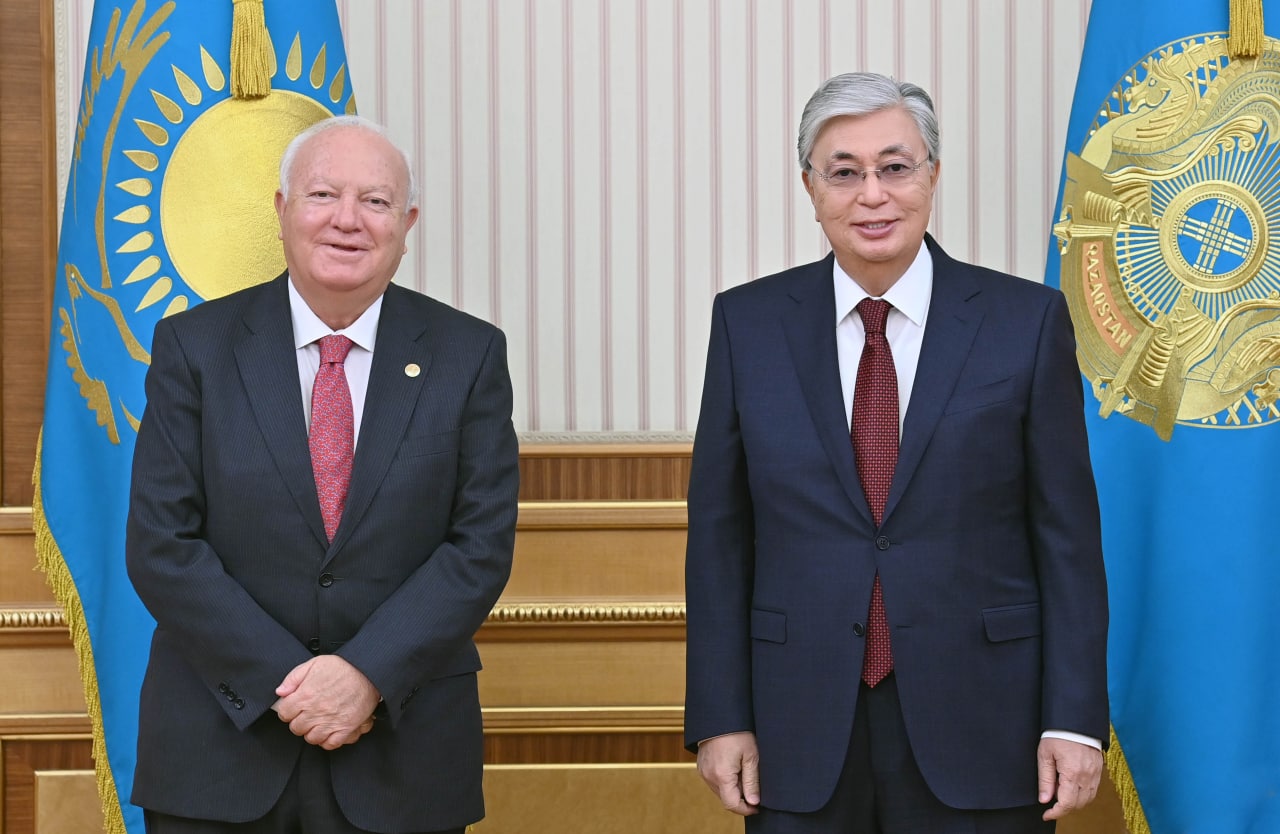 During the meeting with the High Representative for the United Nations Alliance of Civilization Miguel Ángel Moratinos, Tokayev praised the UNAOC’s efforts to promote a culture of peace and tolerance. The sides discussed the agenda of the congress and the future collaboration between Kazakhstan and the UNAOC. Moratinos praised the congress’s high level of organization and expressed hope that its outcomes will contribute to fostering peace, harmony, and inter-religious dialogue.

During the meeting with Patriarch Theophilus III of Jerusalem, the President expressed gratitude for his unwavering support in promoting the congress’s noble goals and objectives. Patriarch Theophilus III thanked the President for inviting him to Kazakhstan and said that the role of world leaders in advocating the ideals of peace, harmony, and mutual respect is imperative.

At the meeting with the Chairman of the Caucasus Muslims Office, Sheikh-ul-Islam Allahshukur Pashazade, President Tokayev emphasized the need to expand friendship and cooperation between Kazakhstan and Azerbaijan’s fraternal nations. Tokayev and Pashazade agreed that interfaith dialogue is a powerful instrument for the international community’s joint search for ways to unite.

Tokayev also addressed the importance of religious education during a meeting with the Supreme Imam of the Al-Azhar University, Ahmed at-Tayeb. He said that Kazakhstan considers the university a “beacon, spreading the light of the values ​​of our common religion – Islam.”

“It is critical that the university’s scientists that promote the concepts of tolerance and endurance, patience and kindness, participate in the discussion of the world and traditional religious leaders,” he added.

He hailed the conditions for Kazakh students at Al-Azhar University, regarded as the heart of Islamic education for its role in combating religious extremism.

The President stated that Al-Azhar plays a vital role in the country’s Islamic education and research, and reminded the audience of the 800th anniversary of the birth of Sultan Baibars. As part of the preparations to mark this historic occasion, the Kazakh side will assist in restoring Cairo’s Sultan Baibars Mosque.

After the meeting, President Tokayev extended his warmest wishes to Egypt’s President, Abdel Fattah al-Sisi. In turn, the Supreme Imam of Al-Azhar extended greetings to the Kazakh President on behalf of the Egyptian leader.