in International on 23 September 2022 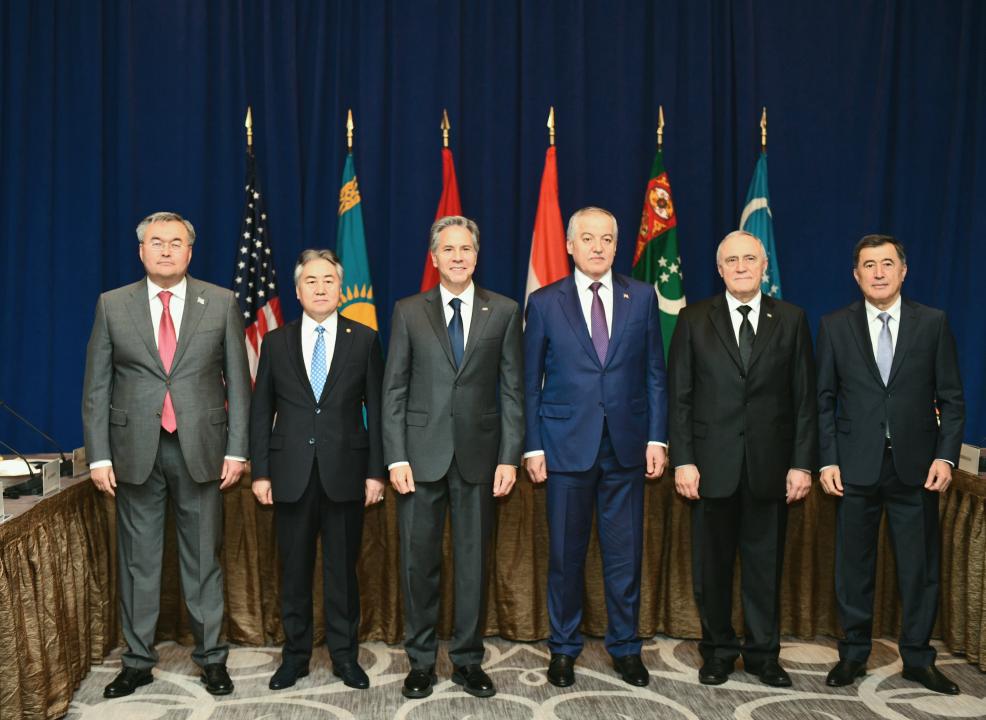 The diplomats discussed the evolving challenges in the regional agenda as well as joint efforts to expand trade and economic ties, both between the countries of the region and the US. They also welcomed the launch of the C5+1 Virtual Secretariat designed to provide institutional support and coordinated implementation of the agreements.

Addressing the meeting, Minister Tileuberdi stressed the importance of strengthening regional dialogue to enhance sustainable development and stability of the region. “Kazakhstan will make every effort to jointly address regional security issues, counter the negative effects of climate change, rational use of water resources, promote women’s economic empowerment and human capital development,” he said, proposing to hold the next ministerial meeting in Kazakhstan.

Kyrgyzstan’s Foreign Minister Jeenbek Kulubayev, in turn, emphasized the need to strengthen regional cooperation with a focus on practical and trade-economic cooperation both between the Central Asian countries themselves and in their relations with the US. Referring to the regional and global agenda, Kulubayev spoke about the devastating impact of sanctions and called for the establishment of dialogue and consultations on the sanctions policy between the relevant bodies.

“We hope that such measures will help the world community to prevent further slowdown of the world economy into a global crisis,” Kulubayev said.

On the same day, Tileuberdi spoke at the annual ministerial meeting of the Group of Landlocked Developing Countries (LLDCs), which Kazakhstan, the largest landlocked country in the world, chaired in 2020-2021.

The group, which consists of 32 member states, and is home to at least ​​440 million people, discussed ways to accelerate the implementation of the Vienna Program of Action for 2014-2024 in the wake of the COVID-19 pandemic, meant to address the special development needs and challenges of landlocked developing countries arising from landlockedness, remoteness and geographical constraints in a more coherent manner.

“I am confident that it will contribute to the further intensification of our bilateral cooperation, to the freedom of movement and people-to-people contacts,” wrote the Albanian foreign minister on Twitter.

An intergovernmental agreement on the exemption from visa requirements for holders of diplomatic and service passports was signed with Paraguay.