By Akan Rakhmetullin in Op-Ed on 5 September 2022

Kazakhstan aims to build bridges and work on the project of rapprochement of cultures and civilisations globally.

The model for confessional relations in Kazakhstan has been defined by the historical and cultural identity of the region, which stands at the crossroads of civilisations, social development phenomenon and a unique symbiosis of religious pluralism. 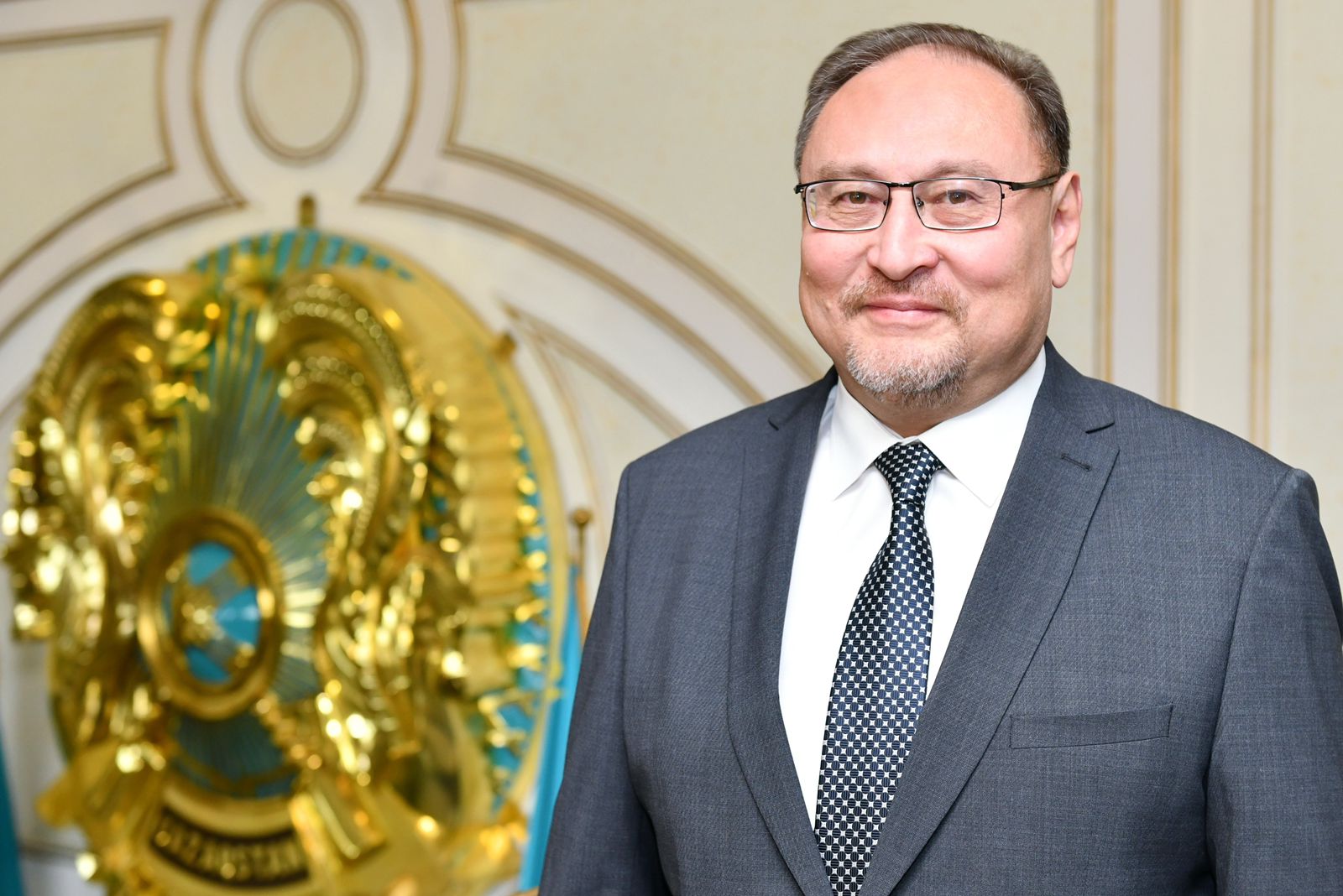 Representatives of more than 100 ethnic groups and 18 confessions live in peace and harmony in Kazakhstan. The country has nearly 3,200 houses of worship including mosques, churches, prayer houses and approximately 4,000 religious associations. During its 30 years of independence, the country has formed a unique model for society, and the ethno-unifying process and respect for religious tolerance have become the foundation of the internal policy of the country.

Kazakhstan’s state policy is aimed at the nationwide representation of the interests of all people. This is envisioned in the national idea of ​​strengthening interethnic harmony, by providing the rights to freedom of religion, and accepting and respecting the religious and confessional values ​​of other nations. 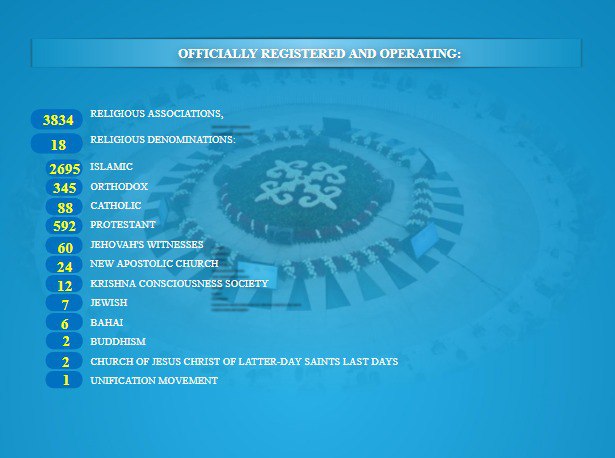 Kazakhstan proposed to convene the Congress of Leaders of World and Traditional Religions. The congress has received world-wide recognition as a unique platform for dialogue and cooperation and has played its role in building an equal world and has become a bridge between the cultures and civilisations. The main objective of the congress is to strengthen interfaith harmony in the country and to promote a universal understanding of the peace-loving nature of all religions.

The Congress of Leaders of World and Traditional Religions, which takes place every three years in Nur-Sultan, has become a major achievement of Kazakh foreign policy.

The Kazakh capital hosted the congress for the first time in 2003. It was attended by 17 delegations that represent the world’s largest religious groups including Islam, Christianity, Judaism, Buddhism, Hinduism, Taoism, Shinto and other religions.

The list of participants also includes the leaders and envoys of international organizations, including the United Nations, the United Nations Educational, Scientific and Cultural Organization, and the Organization for Security and Co-operation in Europe. The idea to convene ​​the congress was also supported by politicians from other countries and spiritual leaders of the world.

The congress has built a solid foundation for a sustainable dialogue between world religions, and outlined guides and current priorities for Kazakhstan in promoting the policy of good neighborliness for religions and civilisations.

Kazakh President Kassym-Jomart Tokayev noted that Kazakhstan has become a global center for the dialogue of religions and civilisations at the General Debates of the 74th General Session of the UN Assembly. According to Tokayev, inter-religious and inter-ethnic harmony along with political stability allowed Kazakhstan to become a good mediator. This has happened more than once in the history of the country.

The congress remains a global platform for dialogue between representatives of world religions, and contributes to resolving international conflicts, countering global threats, overcoming xenophobia and intolerance. Kazakhstan continues to promote the fundamental principles of the UN for the development of an inclusive civil society built on the basis of equality and security.

Promotion of the unique Kazakh model of interethnic and interfaith harmony in the international arena has been and remains an invariable priority of Kazakhstan’s foreign policy, along with the ongoing efforts to enhance the country’s international reputation as a UN member state.

Among the other significant initiatives of Kazakhstan over the past 30-year period of independence, the international community values the efforts of the country to create a nuclear-free world, convene a Conference on Interaction and Confidence Building Measures in Asia, overcome the crisis in the Organization for Security and Co-operation in Europe and other peacekeeping initiatives.

The Congress of Leaders of World and Traditional Religions has increased Kazakhstan’s international influence. The forum acted as a platform for developing new conceptual approaches not only in the areas of interfaith and interethnic relations, but also in the field of strengthening security in the world, especially in the context of the emergence of new threats including pseudo-religious extremism and terrorism, the disruption of traditional values and emerging religious identity.

According to international experts, the Congress of Leaders of World and Traditional Religions is a multilateral dialogue platform for religious leaders and political figures. President Tokayev spoke about the importance of the interreligious forum at the sixth congress. “The forum has received wide recognition in the world and has become a recognizable brand of Kazakhstan’s foreign policy. The contribution of the congress to the promotion of a global dialogue between religions and cultures is recognized by the resolutions of the UN General Assembly,” he said.

Last October, the secretariat meeting determined the topic of the upcoming congress as the Role of Leaders of World and Traditional Religions in Spiritual and Social Development in the Post-Pandemic world. The agenda of the congress, scheduled for Sept. 14-15, has become more complex and an integral topic in the field of international relations.

We expect the significant contribution of Pope Francis, the Grand Imam of al-Azhar, Professor Ahmed al-Tayeb, as well as the leaders of Buddhism, Judaism, Zoroastrianism and other religions to the expansion and the development of global dialogue on the path to building an inclusive and fair world.

The author is Akan Rakhmetullin, the First Deputy Minister of Foreign Affairs of Kazakhstan.

The article was originally published in Kazakhstanskaya Pravda newspaper.