By Staff Report in International on 27 September 2022 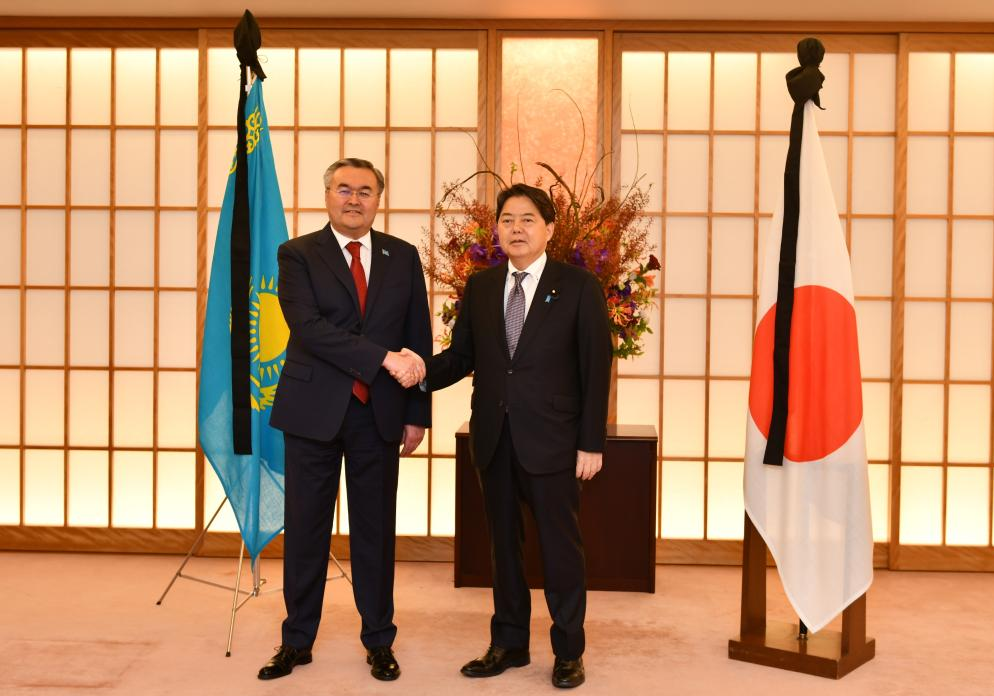 In July, Abe was assassinated while giving a speech at an election rally. High officials from other countries are arriving in Tokyo to attend the state funeral on Sept. 27, an honor usually reserved for members of the imperial family.

Shinzo Abe was Japan’s longest-serving prime minister. He served as prime minister for a short stint — from 2006 to 2007 — before holding the country’s highest political office again from 2012 to 2020.

In 2015, Abe visited Kazakhstan, promising his country’s support in developing advanced technologies for constructing the country’s first nuclear power plant. Due to the tragic history of Kazakhstan and Japan, both countries share enthusiasm for nuclear disarmament and nonproliferation.

While in Tokyo, Tileuberdi met with Japanese Foreign Affairs Minister Yoshimasa Hayashi to express his condolences on behalf of the people of Kazakhstan and President Kassym-Jomart Tokayev. He highlighted Abe’s contribution to strengthening bilateral cooperation between Kazakhstan and Japan.

The ministers noted the 30th anniversary of diplomatic relations between Kazakhstan and Japan this year and said the two countries reached the level of an expanded strategic partnership.

The ministers discussed cooperation in bilateral and multilateral formats and ways to expand trade, economic, and investment cooperation. They also detailed the schedule of upcoming events at the highest level.