Forest Fires Turn into Yet Another Stress Test for Kazakhstan

NUR-SULTAN – 2022 has not been easy for Kazakhstan. A few days after massive fires were burning in the small Auliekol village of the Kostanai Region, it gives a chance to think of how this natural phenomenon serves as yet another stress test for the country and shows once again the power of people to unite and lend a helping hand even if they themselves face challenging circumstances. 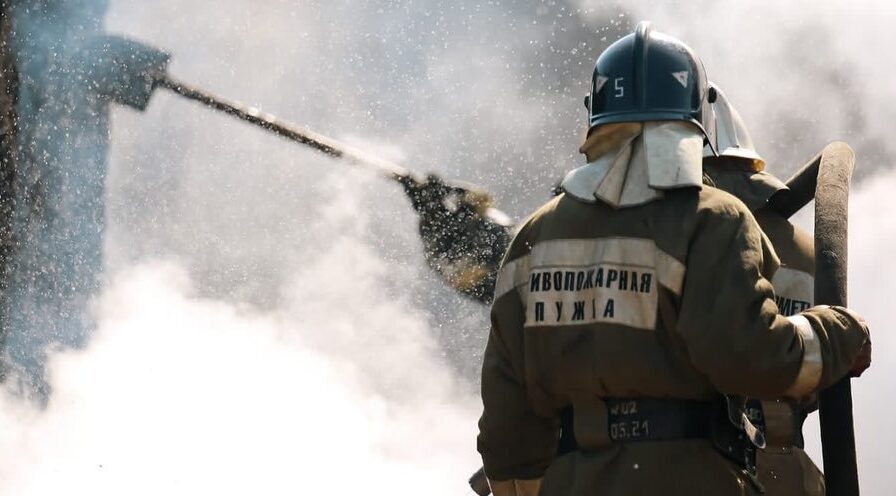 The fires have been eliminated and no threat remains. Photo credit: Kazakh Ministry of Emergency Situations

The fires which broke out on Sept. 3 in the Auliekol district, some 100 kilometers from the region’s administrative center in Kostanai, shocked the nation. Nearly 1,841 people were evacuated after a wind-whipped wildfire raged through the district’s villages, injuring people and torching at least 91 homes.

While the investigation into the causes continues, the Emergency Situations Ministry cited high temperatures and strong winds as preliminary ones. As a Kostanai native, I can say high temperatures as it was last week are not usual for the region. 36+ Celsius degrees probably means climate change is real and that it might get worse next year.

Now in Kazakhstan, fellow citizens from all parts of the country are trying to provide every help possible from clothing to financial aid through a single fund. Within a couple of days alone, the funds collected a staggering 491 million tenge (US$1 million) that will be used to support the affected local residents and restore settlements.

This is a vivid example of how bad times bring up the best in people. In every moment of darkness, there seems always to be a light – small gestures of compassion and help.

Videos of families and children evacuated to a school in the Auliekol district or fleeing their homes are heartbreaking. Many were left homeless and losing everything you have at once – home, documents, and livestock – is scary.

While the government promised to support the victims of fires and rebuild burnt homes, losing a home can cause significant emotional distress.

The foundation and walls are all that remains of the house on the outskirts of the village of Amankaragai that belongs to Anna Petrova. She was lucky enough to be evacuated by her daughter Lyudmila.

“I was taking my mother out of the house myself when they said the evacuation started,” Lyudmila told a local news outlet. “We thought that after the evacuation, people would come back and move on with their lives. But everything burned down, some people have nowhere to go at all, and some were taken away by relatives. My mother now lives with me on a nearby street.”

The villagers fought the fire alone for a long time and to keep her house intact, they were on duty all night, taking turns.

“The firefighters arrived by 11 p.m. On our street, we were fighting fire ourselves with our neighbors: some of us used shovels to fill the houses with sand, and some of us carried water. We do not have running water in our house, so when the electricity was cut off, we put it out with how much water we had in our tanks,” said Lyudmila.

“We did not realize that the fire would reach us. Two years ago there was a fire too but it did not reach us then. We thought that this time it would pass us by. But the fire was getting closer, and Amankaragai was shrouded in smoke. Then we got scared and decided to run away,” said Anetta Kozlova, a resident of Amankaragai, who has lost her home.

Experts say the areas where human populations and plant ecosystems coexist are those with the highest risk of fires. Exacerbated by climate change and mismanaged forestlands, globally fires are now more often, spreading farther and faster, and behaving in extreme and unpredictable ways. Fires in Europe and the United States this summer is a prime example.

For Kazakhstan, the task is now to prevent any of this from happening moving forward or at least be prepared.