The pace of the global energy transition, as well as the implementation of the Paris Agreement, aimed at keeping temperature changes below 1.5°C, have slowed down due to the changed geopolitical situation. At the same time, the decisions of the Bonn Conference of the United Nations Framework Convention on Climate Change (UNFCCC), held in June this year, as well as the conference of EU Environment Ministers, demonstrated the commitment to climate policy and the readiness to implement the COP-26’s (Glasgow Pact) measures. 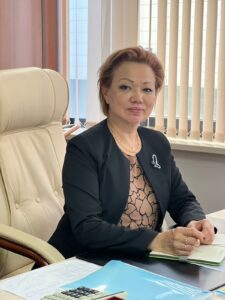 The countries of the European Union, which were among the first to submit the Low-Carbon Development Strategy (2016-2021) to the UNFCCC, despite rising prices for traditional energy carriers, are gradually tightening national emission reduction obligations (NDC) and requirements for importers of carbon products. The list of goods subject to border carbon tax (CBAM) starting from 2023, includes products of ferrous and non-ferrous metallurgy, chemical industry, building materials and other industries with a large carbon footprint. Starting from 2026, it is planned to supplement this list with products of the oil and gas and petrochemical industries, which makes the export of producing countries, including Kazakhstan, vulnerable.

In addition to tightening previously adopted national commitments in the field of emission reduction – Fitfor55, EU countries are supplementing national strategies with regulations. In May of this year, a new EU energy transition plan -REPowerEU- was adopted, aimed at accelerating the transition to clean energy sources and reducing Europe’s dependence on Russian energy resources. This plan is supposed to be implemented by solving the following tasks:

1. energy saving at all levels from households to industrial enterprises;

4. a reasonable combination of investment and reform.

For Kazakhstan, which ratified the Paris Agreement and submitted national commitments in the field of GHG emissions (in the amount of 15-25 percent of the 1990 level by 2030), the goal of achieving carbon neutrality by 2060, set by Kazakh President Kassym-Jomart Tokayev remains very ambitious and requires a modernization of the climate policy.

The basic element of the modernization of the climate policy and currently being developed Strategy for achieving carbon neutrality until 2060 (further-Strategy) should be the improvement of the carbon regulation system that stimulates decarbonization. The current system of carbon regulation in Kazakhstan does not allow achieving the country’s commitments to reduce GHGs and needs to be radically improved.

Second, climate targets should be a legal act. It is important to have an ambitious and stable long-term political environment. Among the world’s top 10 emitters of GHGs, Canada and EU countries have legally binding targets. Given an increasingly volatile political climate marked by rising populism, climate change efforts must not be held hostage to shifting political priorities. Fixing a country’s climate goals in strategies, plans and programs of central and local government bodies and national companies, to be implemented at the sectoral and local levels, can provide stability and certainty, contributing to the sustainable progress of the country.

Third, energy security planning must require the maintenance of sufficient spare capacity and storage infrastructure, using market mechanisms to incentivize investment in these solutions. Additional benefits and a role in the field of energy security should be played by energy efficiency and energy saving. Transparent and consistent dissemination of information, the restoration of energy supervision institutions and the development of measures that take into account the distribution of responsibility between consumer groups can help stimulate public participation in improving energy efficiency.

The next direction is reducing the risk of investment in clean energy is essential to sustaining capital inflows. Investment in the country’s energy transition has grown over the past decade, but this surge in investment came during a decade of economic growth and was fueled in part by accommodative monetary policy and low benchmark interest rates. To date, the funding gap remains significant, so reducing the risk of energy investments is critical.

Finally, equity and fairness must be at the center of the energy transition. In recent decades, due to the relative inelasticity of energy demand, high energy prices have contributed to high levels of consumer price inflation. Vulnerable populations and small businesses are the first to be affected, highlighting equity and equity concerns in the energy transition. Maintaining the availability of energy is essential not only for economic growth and social well-being, but also for supporting climate change policies.

In general, the process of decarbonization in the country requires systematic work and the adoption of appropriate investment, legal and institutional reforms both in the field of public administration and in the sphere of planning the development of the national economy. Due to the inter-sectoral nature of measures to achieve carbon neutrality, the importance for ensuring the energy security of the country in the subregion, there is an urgent need to create a coordinating structure under the President of Kazakhstan in the form of the Agency for Alternative Energy and Climate with the support of the UN.

The government, scientists, experts, the business need to understand that the decisions that will be included in this Strategy today will determine the prospects for sustainable development not only of Kazakhstan, but of the entire Eurasian region in the future.Thus, the Strategy for achieving carbon neutrality of Kazakhstan until 2060, which is essentially a strategy for diversifying the economy and its technological breakthrough, should become a new long-term strategic document during the renewal of the country’s socio-economic policy.

The author is Dr. Bakhyt Yessekina, the member of the Green Economy Council under the President of Kazakhstan, the director of the Green Academy Scientific and Educational Center.