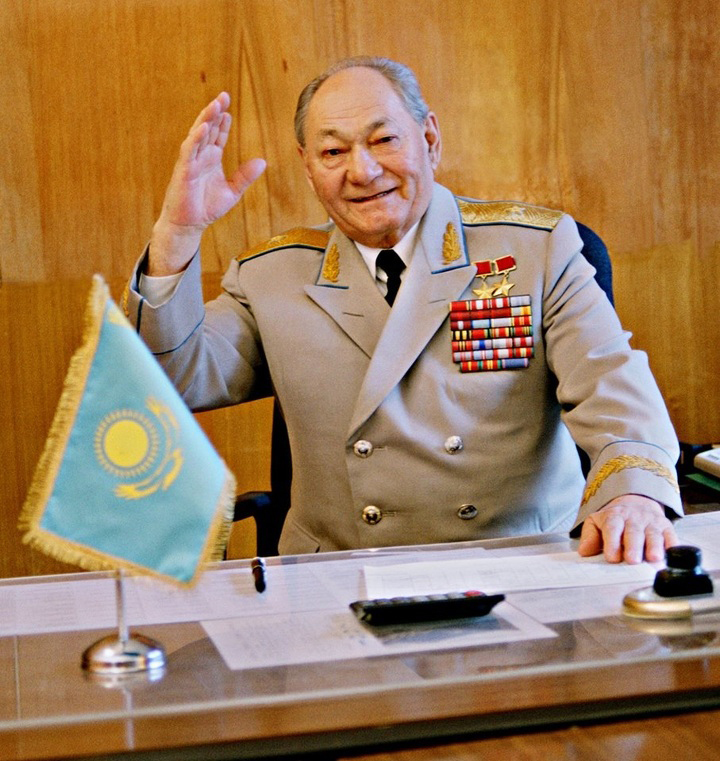 Born to a Kazakh peasant family in the village of Maybalyk in the Akmola Region, Begeldinov was sent to the war front in January of 1943 as a sergeant pilot when he was just 21.

Upon arrival, he began flying combat missions on IL-2 attack aircraft on the Kalinin front. At the wheel of the IL-2 ground-attack plane, Begeldinov could do everything from storming the ground forces of the Nazis to conducting reconnaissance and shooting down the enemy’s planes.

Begeldinov went a long way starting as a sergeant pilot and eventually becoming the commander of an aviation regiment. During the war, he shot down five enemy aircraft alone and another two with the help of other pilots.

Once Begeldinov shot down a German Messerschmitt aircraft at point-blank range, which was piloted by a German air combat virtuoso Captain von Dietrich, who had over 200 combat missions in Spain, France, and the Balkans.

“His (Begeldinov’s) gunner who was sitting at the tail of the plane was killed first and my father, who was flying the plane, had a machine gun only firing forward. When the gunner was killed, an ace appeared in the air, his plane was covered in stars. The plane came right at my father head-on, my father said a prayer to himself and crashed right into his nose. That man did not even expect such impudence. That’s how my father got him,” she said.

The German who was taken prisoner after that dogfight did not believe that he was shot by a cadet and wanted to meet Begeldinov.

Until then the attack aircraft had never fought an enemy’s fighter plane, and Begeldinov had essentially created a new tactic.

In 1944, Begeldinov was awarded the title of Hero of the Soviet Union. By that time, he had performed around 200 combat missions.

By the end of World War II in 1945, Begeldinov had 305 combat missions under his belt. Begeldinov destroyed more than 20 tanks, two locomotives as well as several artillery pieces. He fought for the liberation of Eastern European cities and Berlin. The brave Kazakh pilot ended the war walking the Red Square in Moscow at the legendary Victory Parade of 1945.

When asked if he ever feared death on his long journey as a pilot and his many combat flights, Begeldinov said he never thought about the possibility of being killed.

“I did not think about the possibility of being killed, but I did not make plans for the future either. The task was to destroy the Nazis. That was it! That was all we thought about,” Begeldinov said in his 2011 interview for the I Remember project that collects the memories of WWII veterans.

“The jitters came only when we heard the phone ring in the chief of staff’s dugout. He picks up the phone: ‘I am listening… yes… the village…’ and at the same time, he pencils on the map. That’s when you get nervous,” shared Begeldinov.

In 1945, Begeldinov was awarded his second title of Hero of the Soviet Union at the age of 23. He was among 65 military pilots awarded twice the highest degree of distinction associated with the commission of a heroic feat. 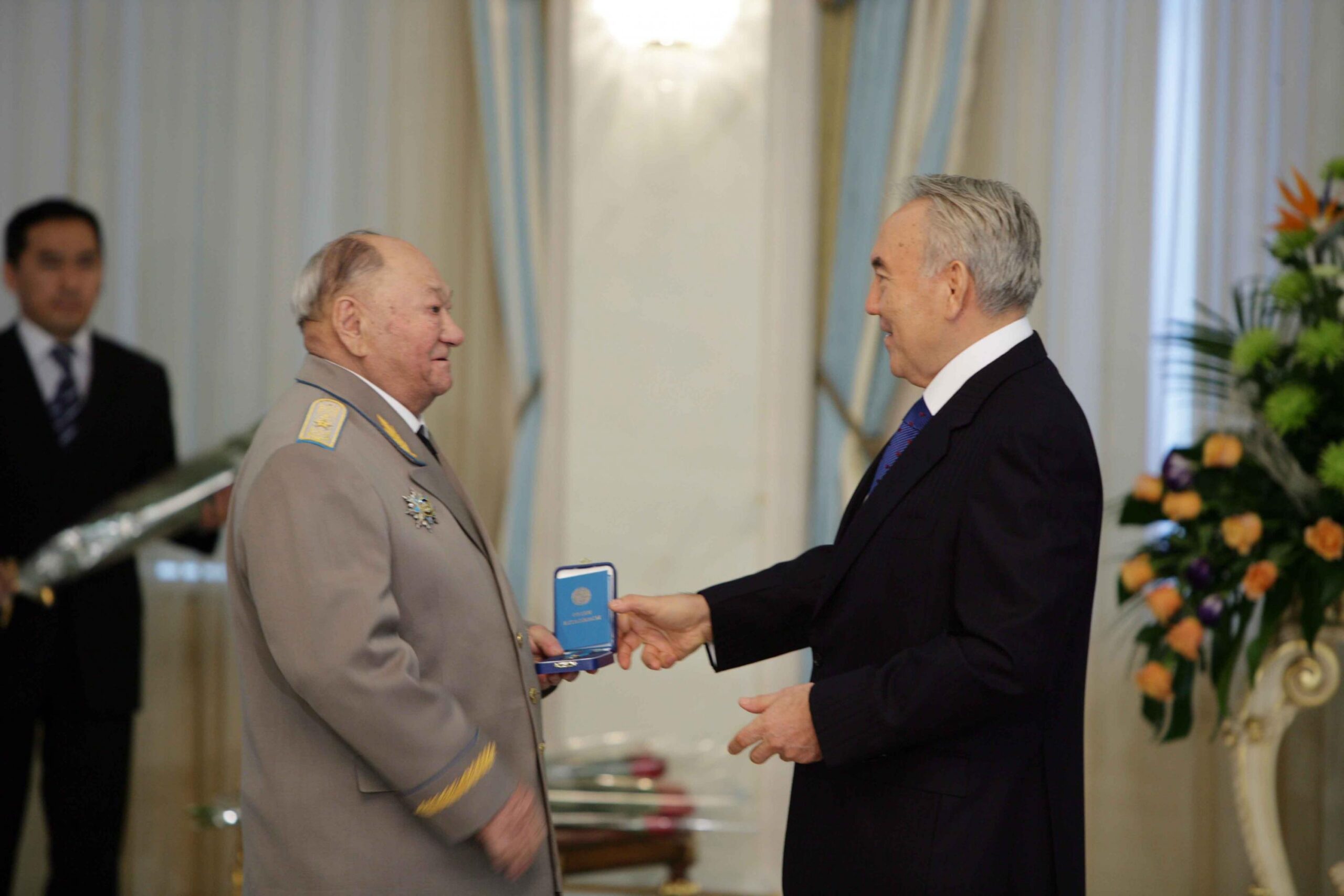 In 2007 Begeldinov was awarded with Otan order, one of the highest orders of Kazakhstan for special services in state and public activities, by First President Nursultan Nazarbayev. Photo credit: elbasylibrary.gov.kz

He continued to serve as a pilot in the Soviet Air Force until 1956 before he transferred to civil aviation in 1957 where he remained until 1970 as a deputy chairman of the Civil Aviation Administration of the Kazakh Soviet Socialist Republic (SSR). Begeldinov worked on building landing grounds in Almaty, Aktobe, Karaganda, Kostanai, Zhambyl, Ust-Kamenogorsk, and other regional centers doing his best in building city infrastructure.

This ignited his interest in architecture and urban planning and in 1968 Begeldinov graduated from the Moscow Engineering and Construction Institute and began working in the system of the State Construction Committee of the Kazakh SSR.

Begeldinov wrote three books – “ILs Attack,” “305 Raids” and “Battle in the Air” – describing his career in aviation during the war and postwar period.

He died in 2014 at the age of 92. In honor of the courageous pilot, bronze busts were unveiled in Kokshetau and Bishkek and a monument in Nur-Sultan.