NUR-SULTAN – Kazakhstan’s national air carrier Air Astana is set to open a new training facility worth US$10.4 million in the capital by the end of this year, said CEO of the company Peter Foster at an Aug. 5 press conference dedicated to outlining the development plans of the company. 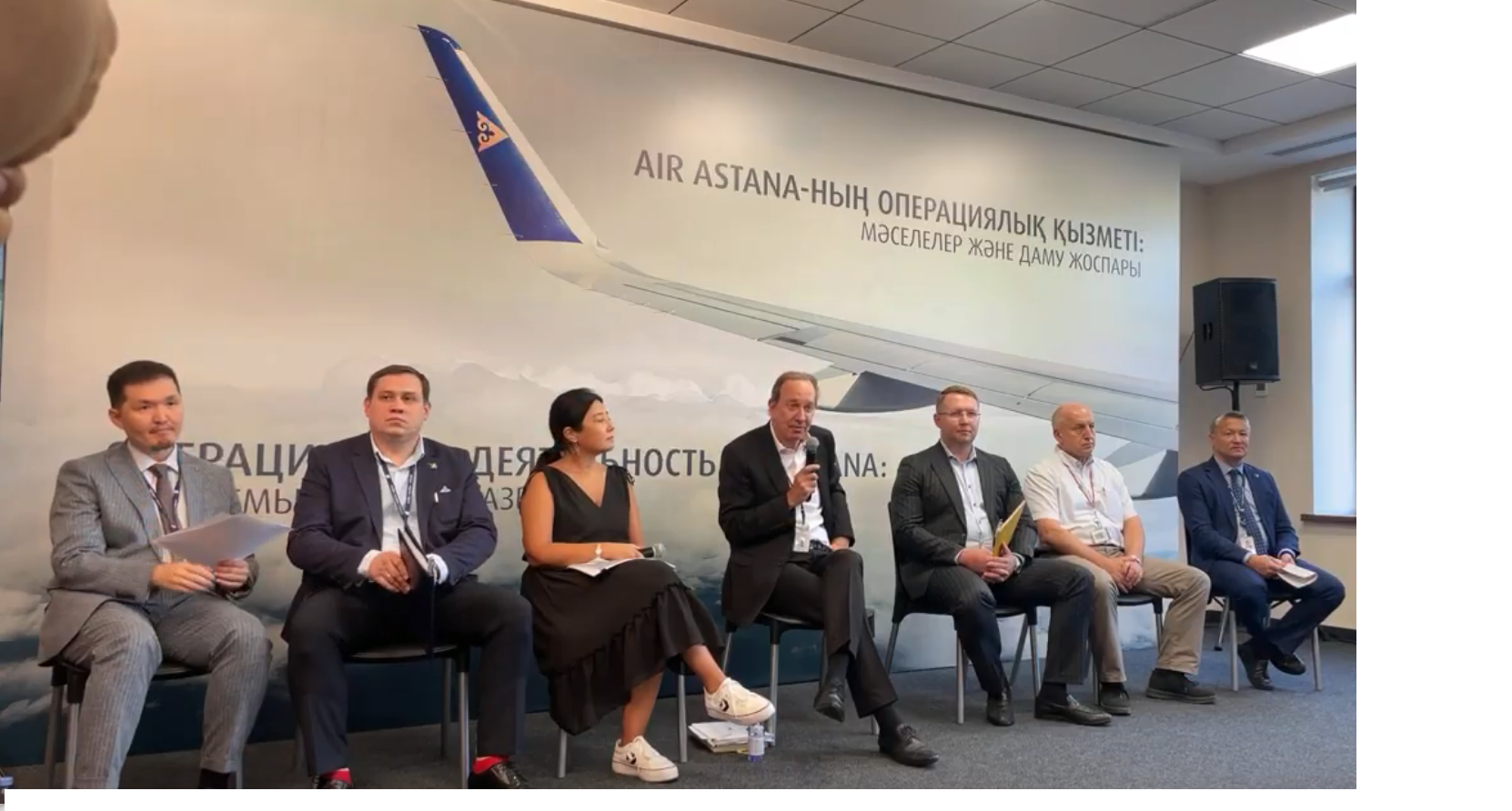 As specified by Foster, the center will not only save nearly US$18 million over ten years but will also assist in retraining pilots while maintaining operations. A sophisticated flight simulator will also be included in the new training center.

“We can keep all the service training here in Kazakhstan. We don’t have to send pilots overseas as we have done in the last 20 years,” said Foster.

Another development plan designed to improve Air Astana operations is the purchase of two Airbus A321LR planes for the Air Astana fleet and three A320neo planes for the FlyArystan fleet by the end of 2022. From mid-2020 to March 2022, 13 new aircraft were added to the fleet, with 24 more set to be delivered by mid-2025, progressively replacing some older aircraft.

Aside from plans, the company also addressed recent flight delays.

According to Air Astana, since the start of the summer navigation period, global aviation has encountered a variety of issues related to increased passenger traffic.

Air Astana’s president apologized for recent flight delays and assured the public that the airline is ready to rectify the company’s recent operational setbacks. He emphasized that these clarifications should not be regarded as excuses.

“The traveling public has a right to expect a very high level of reliability from one of the top airlines in the world. And if we have failed to meet that in the last six weeks then it is our responsibility to rectify the situation,” he said.

As stated by Foster, Air Astana expects that the flight delays will last through the high season for flights and stabilize by October.

To limit the number of delays, the Air Astana team has reduced the total number of flights and assigned a backup Airbus A320 aircraft. In addition, the company has expanded the Information and Reservation Center staff and launched a flight delay hotline. From 8 a.m. to 12 p.m., passengers can reach the airline at +7 7272 44 44 78.

According to Foster, a strong recovery in the global air travel sector combined with severe shortages of staff and resources at many European airports due to layoffs and cost cuts during the pandemic also create major challenges for the aviation industry.

“Towards the end of last year, the airlines and airports started to rehire people. But two things really happened. Firstly, nobody anticipated just how strongly the market would come back in 2022. And secondly, many people who have been working before just were not interested in coming back to work in aviation thanks to generous payments during the pandemic. The industry is just suffering from the total lack of resources,” he explained.

Along with disruptions in international air hubs that have affected Air Astana’s schedule, causing a chain delay of subsequent flights, the situation was also exacerbated by the repair of runways at several airports in Kazakhstan, the closure of airports during the peak season, and the increase in bird strikes.

As specified by Air Astana, 63 accidents with birds have already happened this year, with 10 occurrences resulting in aircraft damage. The number of bird strikes has increased by 22.3 percent compared to the same period last year.