By Assem Assaniyaz in International on 29 July 2022 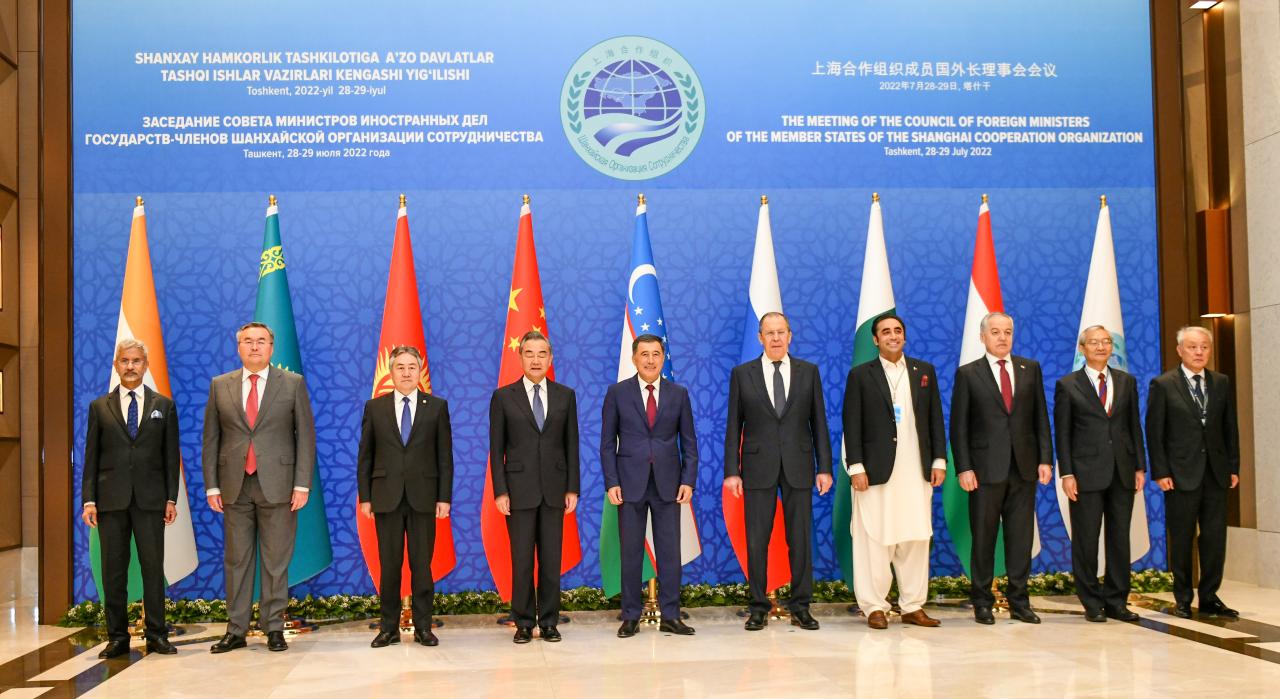 “Over the course of our work, we have consistently carried out multilateral cooperation to accomplish the organization’s main goals and objectives. The SCO is entering its third decade amid extremely complex global processes. Against this landscape, it is humbling to note that the SCO remains a place of stability and growth,” said Tileuberdi.

The SCO Summit of Heads of State is scheduled for September 15-16 in Samarkand, Uzbekistan. On the eve of the event, the heads of the foreign ministries addressed the current situation and opportunities for cooperation, the organization’s increasing influence, and its place in international and regional affairs.

The foreign ministers of India, Kazakhstan, China, Kyrgyzstan, Pakistan, Russia, Tajikistan, and Uzbekistan emphasized that the “Shanghai spirit” embodies mutual trust and benefit, equality, and respect for the diversity of cultures and the common objective towards development.

Member states have adopted the draft of the political document of the Samarkand Declaration. They also submitted to the Council the proposal to provide the Islamic Republic of Iran the status of a SCO member state.

The ministers also welcomed the signing of a memorandum on granting the status of SCO dialogue partner with the Arab Republic of Egypt, the Kingdom of Saudi Arabia, and the State of Qatar.

Since its inception 21 years ago, the SCO has established itself as one of the most influential organizations in the modern system of international relations.