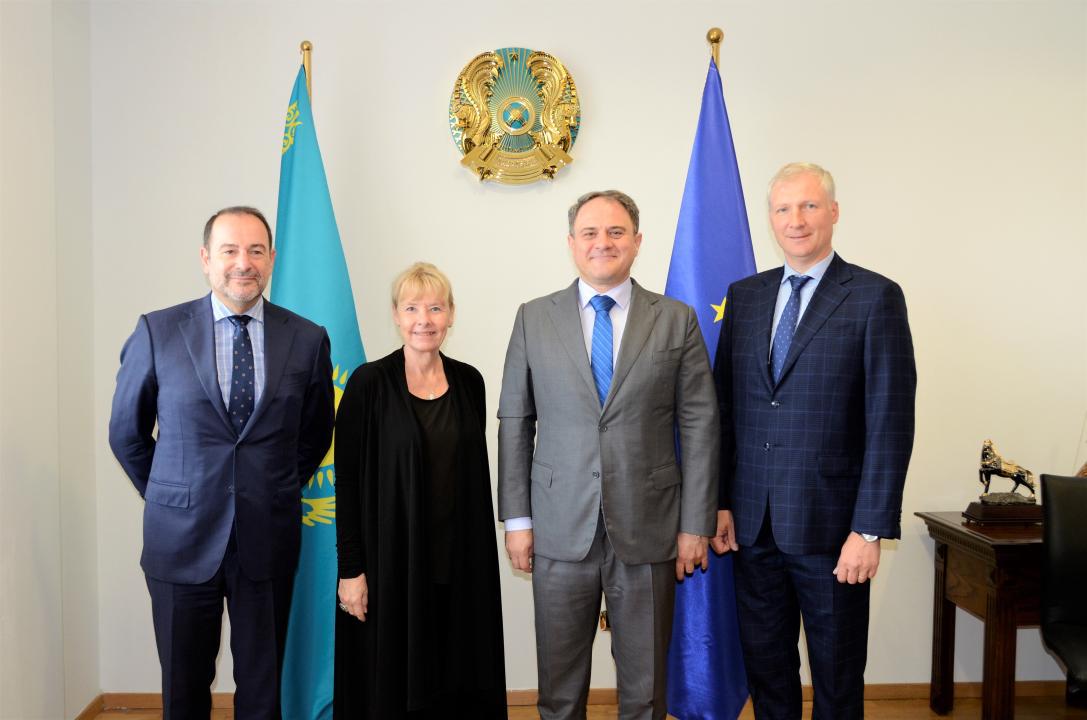 Before visiting Kazakhstan, the delegation spent one week in Uzbekistan meeting with senior officials.

It has been a little over two years since Kazakhstan’s Enhanced Partnership and Cooperation Agreement with the EU entered into force on 1 March 2020, an important milestone in more than 30 years of EU-Kazakhstan relations. The agreement, which was the first of its kind signed by the EU with one of its Central Asian partners, provides a comprehensive framework for bilateral relations, bringing them to a new level.

During their Tuesday meeting, the sides discussed the current situation and prospects for strengthening cooperation and the development of interregional relations under the EU strategy for Central Asia.

They commended the current interaction, highlighting regular high-level contacts. The latest was a telephone conversation between Kazakh President Kassym-Jomart Tokayev and President of the European Council Charles Michel on July 4.

“The EU attaches particular importance to the qualitative development of political, economic and regional interaction with Kazakhstan, and also expresses its strong support for the reforms launched by the President of Kazakhstan and readiness to assist in their implementation,” said Ambassador Hakala, noting EU’s positive assessment of the results of the June 5 constitutional referendum.

The EU is ranked first among the trade and investment partners of Kazakhstan. More than 4,000 companies with European capital work in Kazakhstan.
Between January and May 2022, trade turnover was $16.5 billion, 55.5 percent higher than during the same period in 2021. EU investments in Kazakhstan increased by 31.3 percent in the first quarter of 2022.

Deputy Foreign Minister Vassilenko emphasized Kazakhstan’s interest in the Europe and Asia connectivity strategy and the Global Gateway strategy. The Global Gateway Strategy was launched in December 2021 to boost smart, clean and secure links in digital, energy and transport and strengthen health, education and research systems across the world. For that purpose, it seeks to mobilize up to €300 billion (US$300.9 billion) in investments between 2021 and 2027.

As part of her visit, Hakala also met with Chair of Kazakh Anti-Corruption Agency Olzhas Bektenov, who spoke about the key areas of the agency’s anti-corruption policy for 2022-2026.
The sides discussed the introduction of legal liability for illicit enrichment and declaration of income and expenses as well as Kazakhstan’s preparations for joining the Council of Europe Criminal Law Convention on Corruption.

“I would like to emphasize the openness and readiness of the agency in matters of interaction with European partners. For our part, we are ready to support requests for the return of assets withdrawn from Kazakhstan to Europe,” said Ambassador Hakala.