By Aida Haidar in Central Asia, International on 21 July 2022 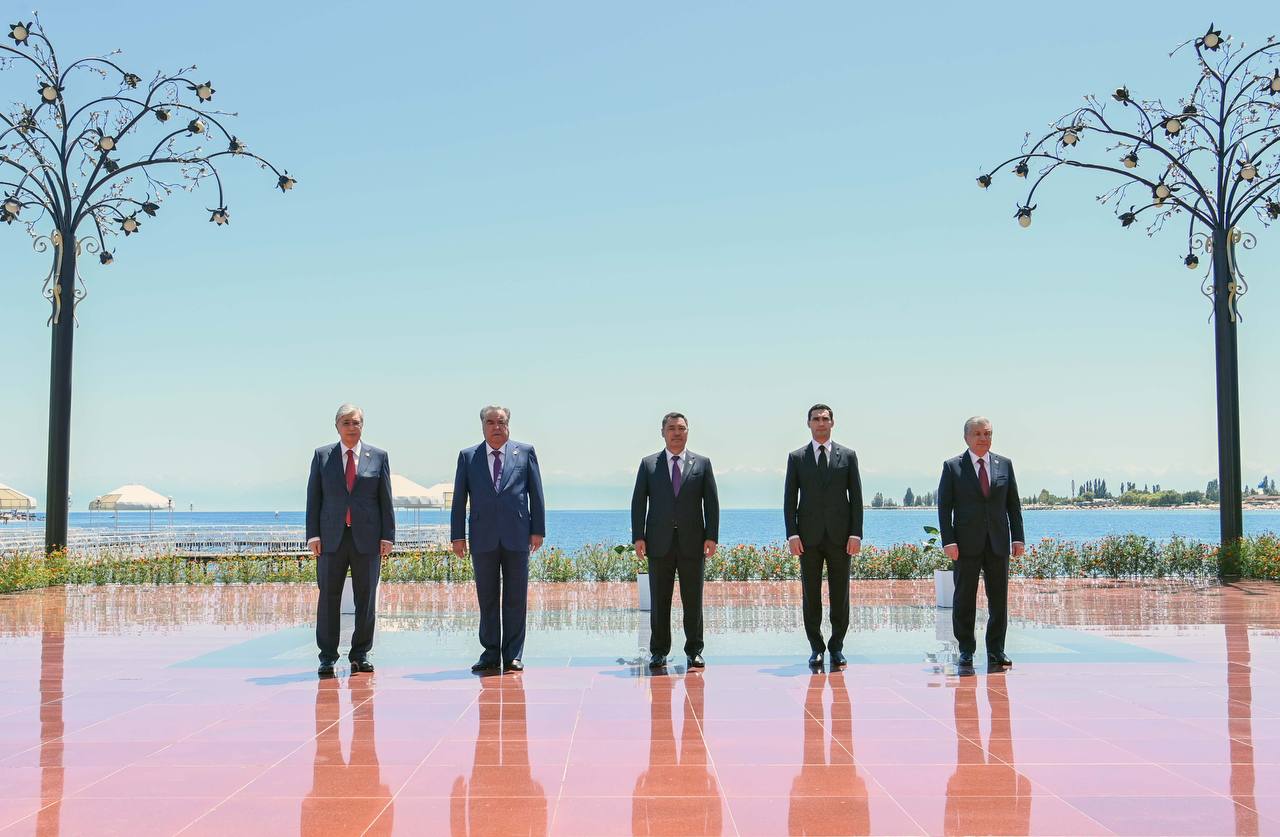 Presidents of Kazakhstan, Tajikistan, Kyrgyzstan, Turkmenistan and Uzbekistan at the fourth consultative meeting of the heads of states of Central Asia in Cholpon-Ata, Kyrgyzstan. Photo credit: presidential press service

Here are the main highlights:

Treaty of Friendship, Good Neighborliness and Cooperation for the Development of Central Asia in the 21st century

“The Treaty of Friendship, Good-Neighborliness and Cooperation for Development of Central Asia in the 21 Century, which is unique in its content and historical perspective, enshrines the special nature of our relations. It is deeply symbolic that its signing will take place in the year of the 30th anniversary of establishment of interstate diplomatic relations between our two countries. This historic document marks a new milestone in our five-sided strategic partnership.”

Mechanism for regular consultations of the Secretaries of the Security Councils

“A mechanism of regular consultations of the Secretaries of the Security Councils should be launched to jointly work out solutions for preventing security threats. In addition, I propose that ministers of foreign affairs should be instructed to meet regularly, at least once every six months, to develop coordinated approaches to key regional and international issues.”

Concept of interaction between the Central Asian states in multilateral formats

“In my opinion, we should not remain confined within fixed geographical limits. The Consultative Meetings of Central Asian Leaders could be attended by high-ranking representatives of other neighboring states, such as Russia and China, as invited guests. I am confident that this would benefit the countries of Central Asia, especially when dealing with specific issues.”

“Kazakhstan, as the only post-Soviet state that has completely delimited its long border, is ready to provide all possible assistance in finding mutually acceptable solutions. In particular, we propose to create an expert platform to develop mutually acceptable approaches to border delimitation. Experienced lawyers, cartographers, border guards and other specialists should be involved in this work, and the Council of Ministers of Foreign Affairs could coordinate it.”

“In order to fully use the economic potential and benefits of the advantageous geographical position, it is important to establish close cooperation to eliminate structural and infrastructural constraints. It would be practically useful to take effective measures to launch a network of cross-border trade and economic hubs that would serve as anchor points of the Common Goods Transmission System of Central Asian countries with the prospect of its further expansion”

“According to international experts, our aggregate potential to attract foreign direct investment over the next 10 years is estimated at up to 170 billion dollars, including in non-resource industries – about 70 billion dollars. In this context, the Astana International Financial Centre (AIFC) could become an effective platform for encouraging direct and portfolio investments into regional projects. More than 1,400 companies from 64 countries are registered at the AIFC. Furthermore, most foreign participants of the AIFC are interested in doing business not only in Kazakhstan, but also in neighboring countries. A new product – AIFC Multipass – has been developed to increase the region’s investment appeal. This is a special visa category, which will provide AIFC partners with full access to the territories of member countries for business trips. We are open to any format of bilateral and multilateral cooperation on the AIFC platform.”

Transport and logistical potential of the region

“Even a cursory glance at the map shows the unique geographical location of Central Asia. In these circumstances, Kazakhstan is actively developing the Trans-Caspian International Transport Route. Since 2017, the number of transported containers along the routes of this corridor has increased almost threefold, to 25,000. In addition, Kazakhstan is ready to participate in the construction of the Mazar-e-Sharif – Kabul – Peshawar railroad.”

“For our part, we call on our partners to actively use the railroad “Kazakhstan-Turkmenistan-Iran”, the shortest route between East Asia and the countries of the Persian Gulf.”

“At the same time, our countries must not lose sight of the issues of development of transport communications between each other. Currently, we are actively cooperating with Uzbekistan. The launch of the railway line “Darbaza-Maktaral” will double the traffic capacity and reduce the time of cargo transportation by 1.5 times.”

“We also support the construction of a new highway Turkmenbashi – Garabogaz – the border of Kazakhstan.”

“Modern climatic challenges, growing demand for water and energy resources require decisive measures to ensure rational use of water resources in the Aral Sea basin.
Climate change processes are reducing the area of glaciers, the main source of water for our region. (…) Therefore, in order to coordinate joint actions, we propose to create a Project Office of the Central Asian countries for the protection of the environment and the implementation of a coordinated policy on climate change in the region.”