By Saniya Bulatkulova in Culture on 31 July 2022 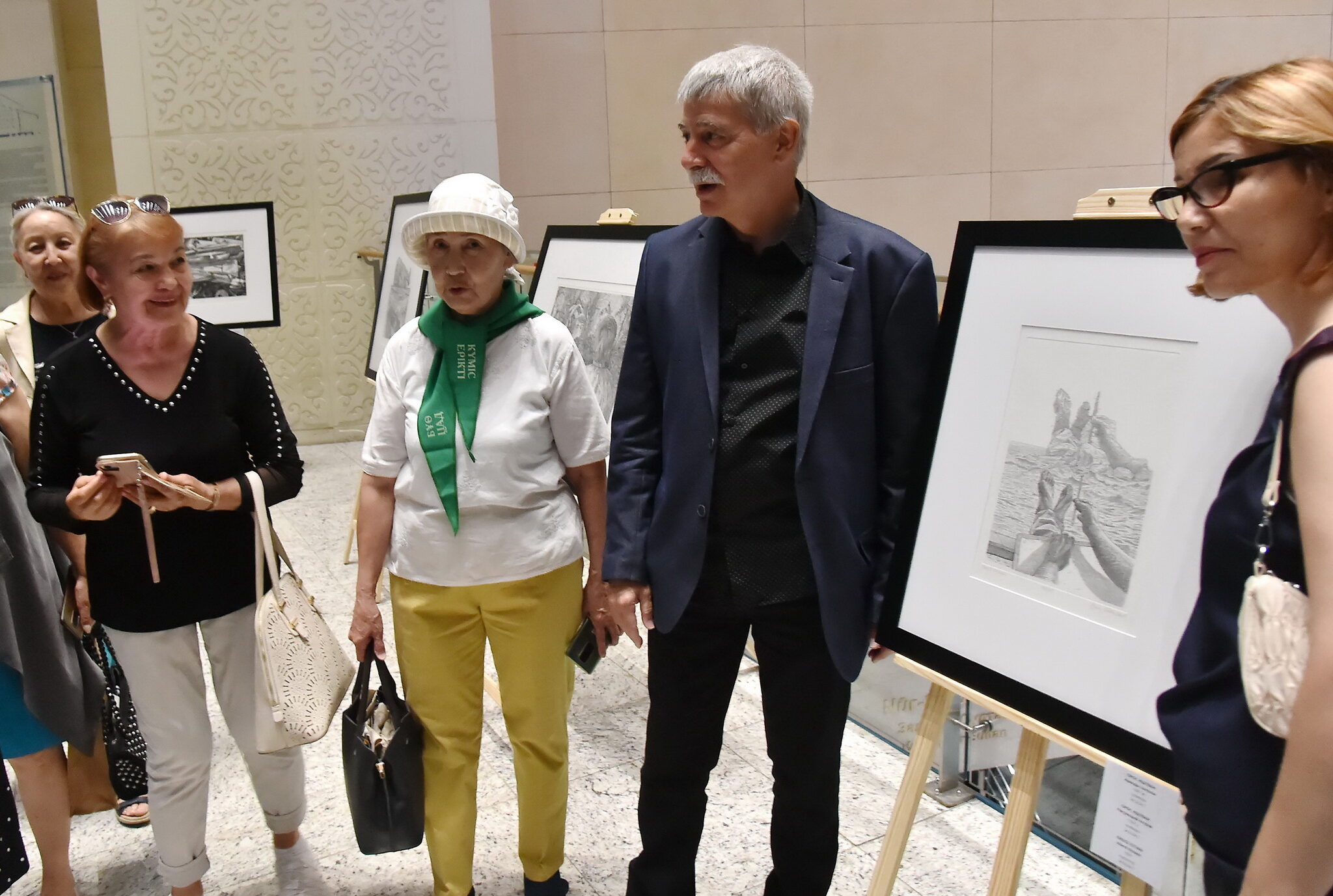 Orosz with the guests during the opening ceremony of the exhibition. Photo credit: museum’s press service

The exposition presents a series of works, including “Hidden Faces,” “Mirrors and Reflections,” and “Absence,” as well as the artist’s famous anamorphoses. These paintings are abstract compositions and their true meaning can be revealed only with the help of conical or cylindrical mirrors. These devices are placed directly in the central area of double-meaning paintings. 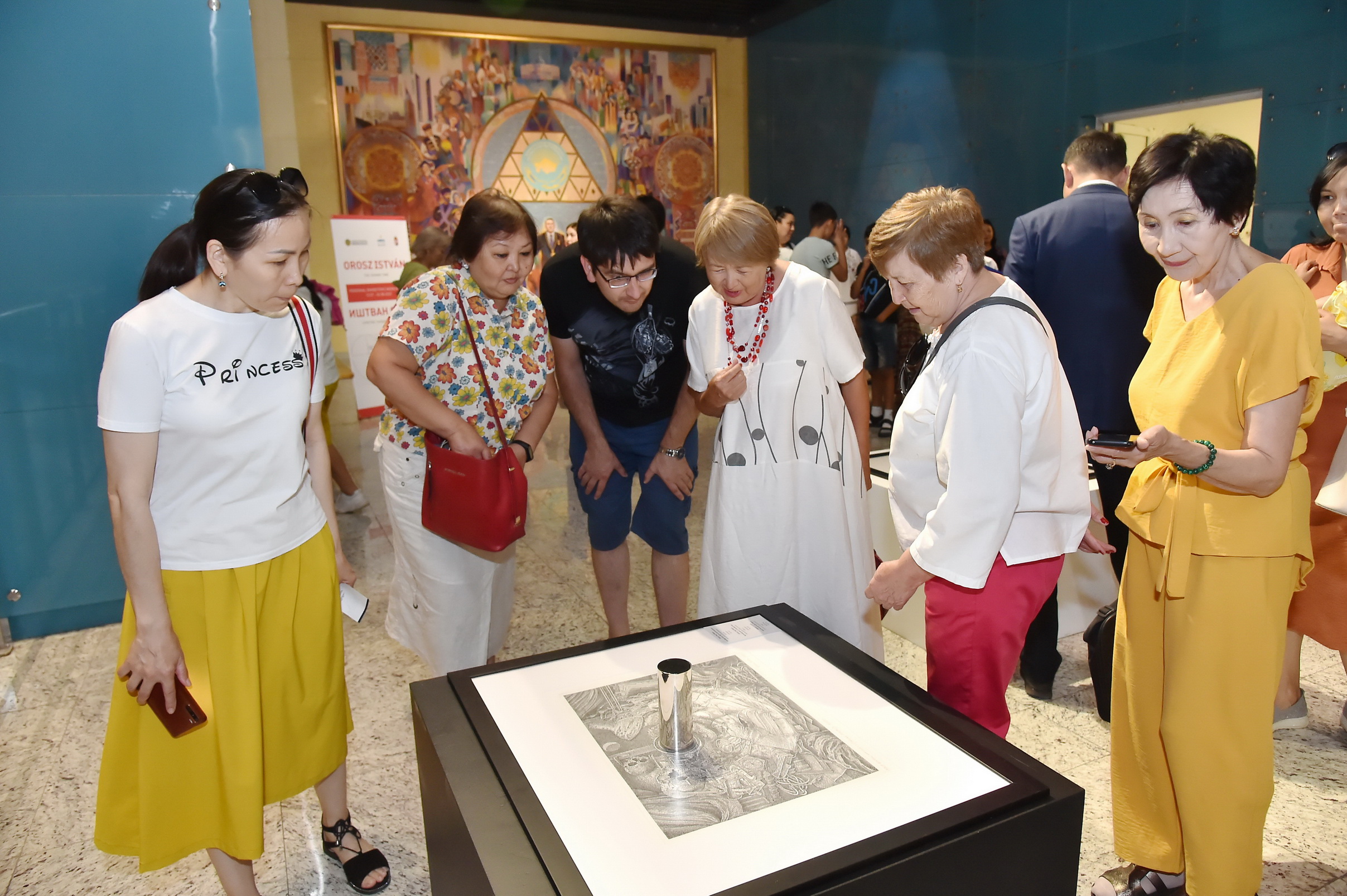 The exhibition’s guests observing one of the compositions with cylindrical mirror. Photo credit: museum’s press service

According to art critics, Orosz creates his works with a traditional art technique using visual paradoxes and spatial illusions. Since 1984, the artist has used the pseudonym Utisz, which means nobody in Greek. This name was used by the ancient Greek king of Ithaca Odysseus, who fraudulently blinded Cyclops. 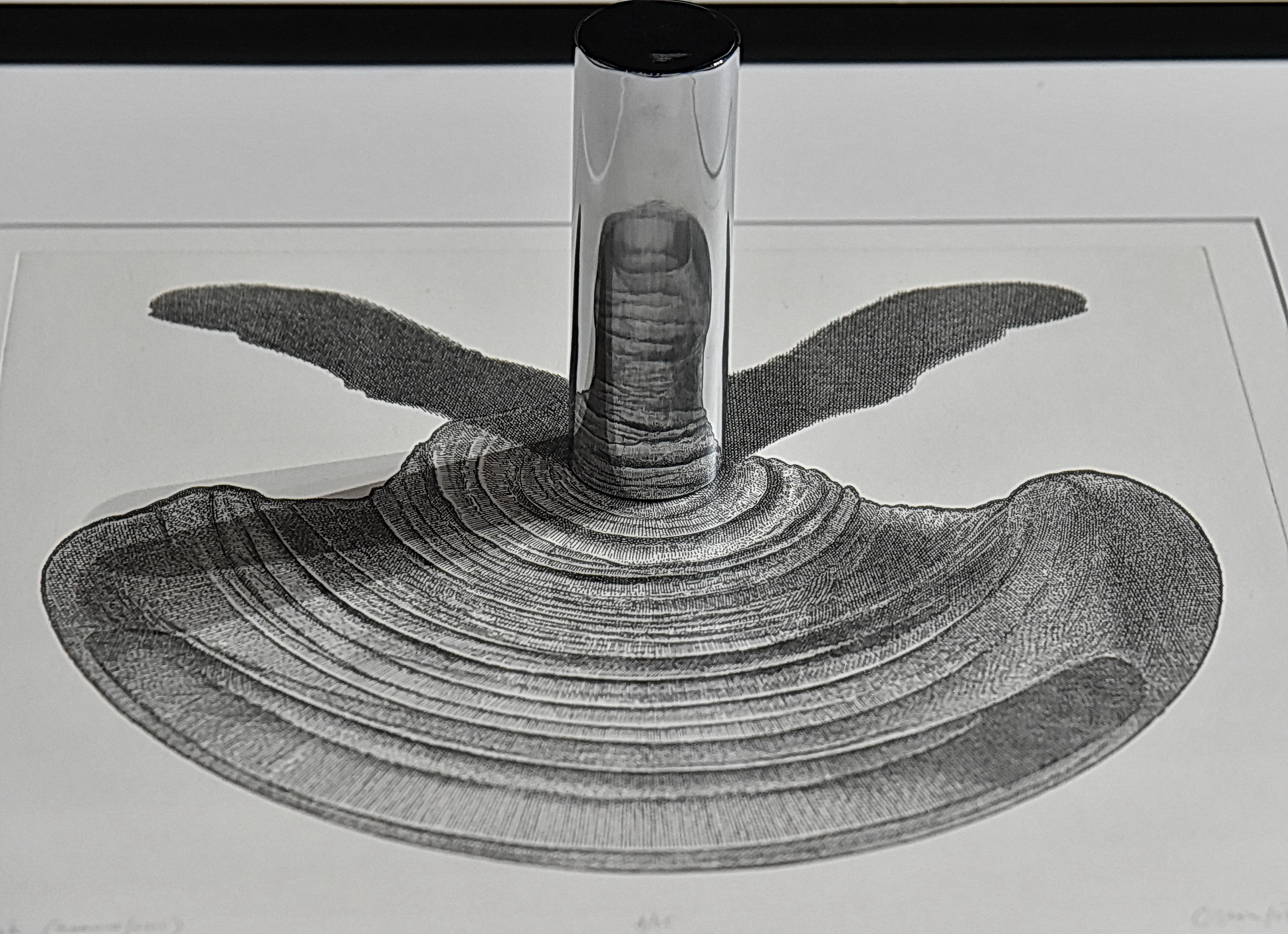 One of the artist’s paintings is called Thumb. Photo credit: museum’s press service

The exhibition is dedicated to the 30th anniversary of diplomatic relations between Kazakhstan and Hungary. It will last until Aug. 2.