By Zhanna Shayakhmetova in Nation on 27 July 2022

NUR-SULTAN – The Ministry of Internal Affairs announced plans to develop the draft law on combating human trafficking in April 2023, said Kanat Nurmagambetov, the Acting Head of the Department for Combating Organized Crime at a July 26 round table at the Central Communications Centre. 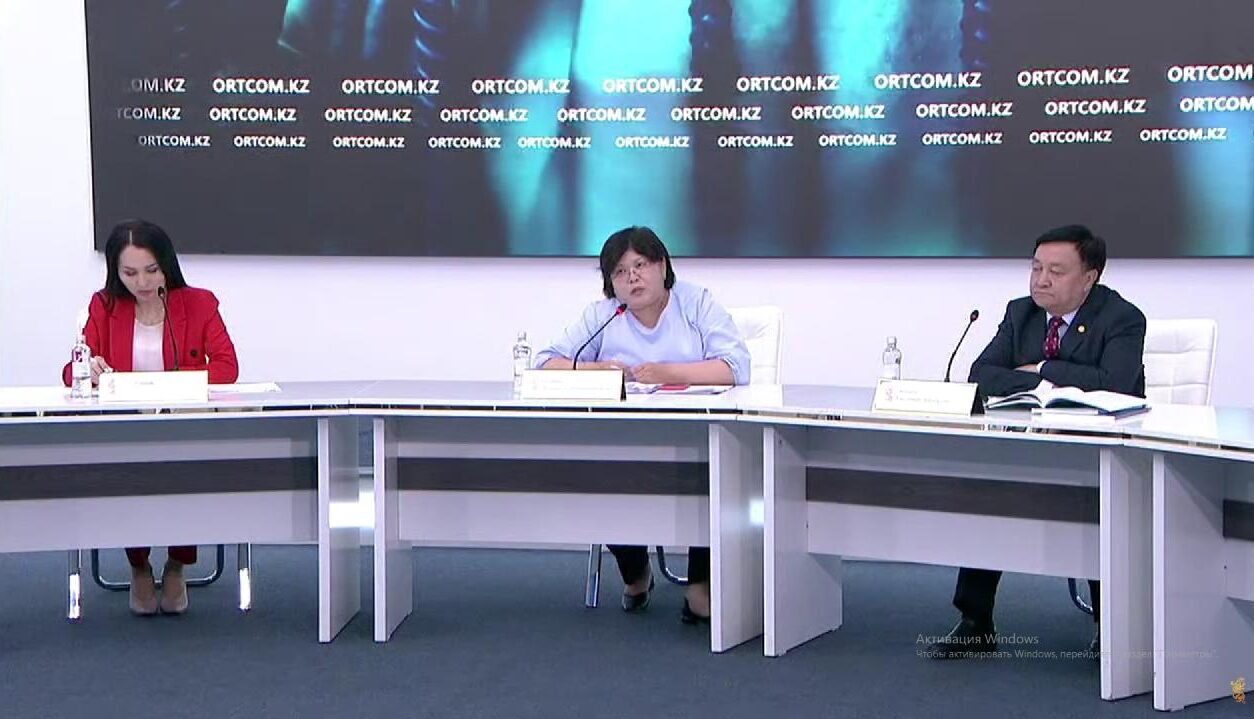 Commissioner for Human Rights Elvira Azimova (C) takes part in the a round table dedicated to the World Day Against Trafficking in Persons on June 26. Photo credit: Gov.kz.

A dialogue platform between the state and civil sectors operated by an interdepartmental commission on combating human trafficking contributed to some progress in this field.

Kazakhstan’s Commissioner for Human Rights Elvira Azimova said that employment and social protection in Kazakhstan is an acute problem. Individuals involved in human trafficking will be punished.

“Unfortunately, in terms of human trafficking, people get into such situations not only against their will but also with their consent. Some people are trapped in forced labor or they work under dangerous conditions and commit violations themselves. No matter how the police work, the problem remains open. It relates to the issues of employment and social protection,” said Azimova.

Prevention, analysis, and the activities of other state bodies are important. It is necessary not only to identify and punish people responsible for crimes but also to focus on the social policy of the country.