Kazakhstan Ready to Supply 70 Goods Worth $360 Million to Israel

NUR-SULTAN – Kazakh companies are ready to deliver 70 processed goods worth $360.7 million to Israel, said Kazakh Minister of Trade and Integration Bakhyt Sultanov at the ninth meeting of the Kazakh-Israeli Intergovernmental Commission on Trade and Economic Cooperation in Nur-Sultan on July 12, reports the government’s press service. 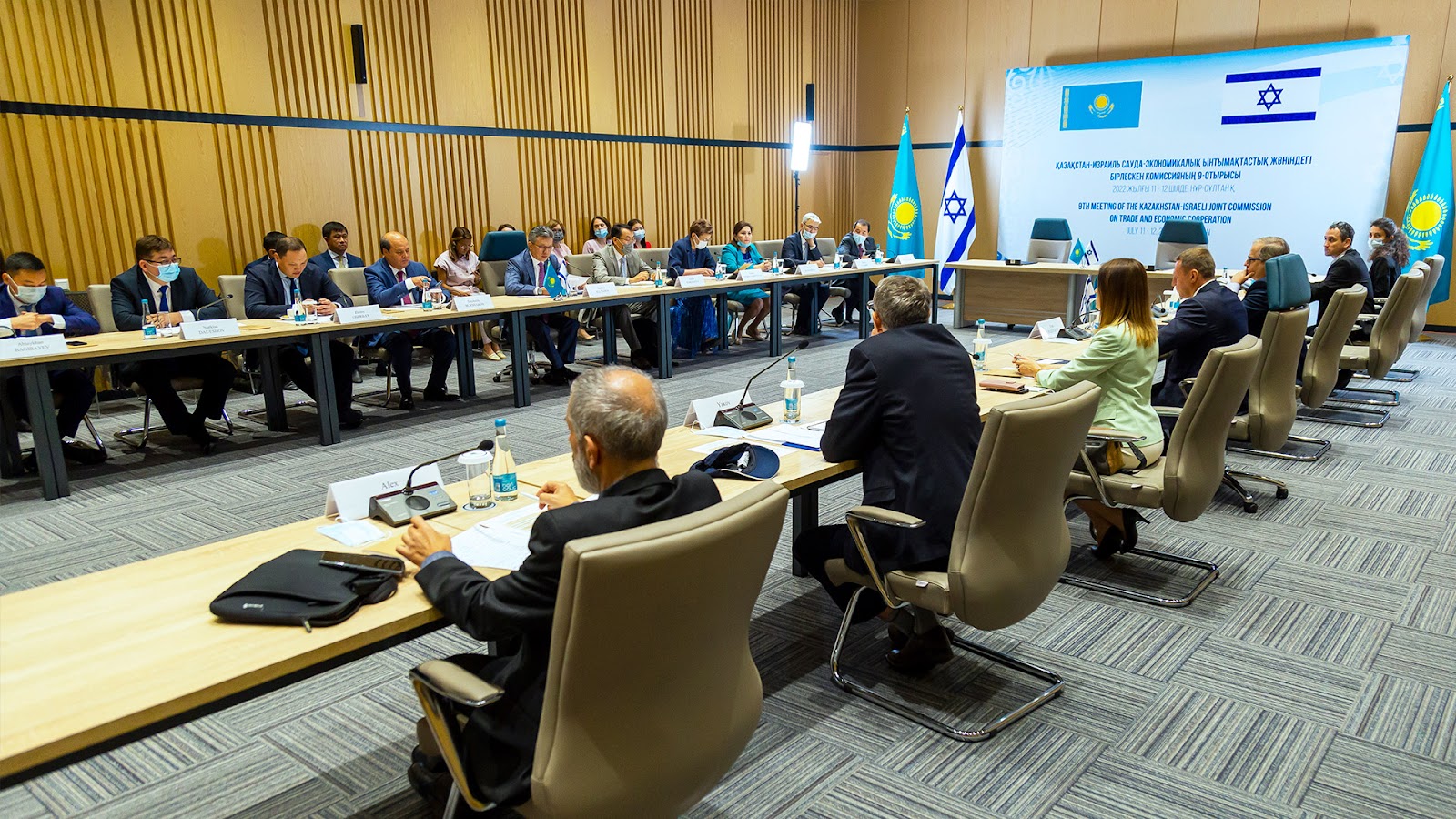 The products are sourced from the metallurgical, food, mechanical engineering, chemical, vehicles and construction sectors.

At their meeting, the sides focused on cooperation in trade and economy, health, agriculture, renewable energy, water resources and tourism.

Sultanov, who co-chairs the commission with Minister of Tourism of Israel Yoel Razvozov, said that Israel is one of the most important trading partners for Kazakhstan.

The country is interested in diversifying bilateral trade. The volume of trade turnover between Kazakhstan and Israel between January and March reached US$201.3 million, an increase of 4.1 times compared to the same period in 2021.

The Israeli side also expressed interest in Kazakh confectionery products and said they are ready to expand the imported product line.

Sultanov invited Israeli investors to invest in joint projects in the Khorgos International Center for Cross Border Cooperation that will also facilitate the access of Israeli businesses to the consumer markets of the Eurasian Economic Union.

Commenting on the meeting, the Ambassador of Israel to Kazakhstan Edwin Nathan Yabo Glusman said that Israel’s inter-sectoral trade and economic cooperation with Kazakhstan has been very successful.

“All parties agree that the potential for business cooperation is great. From the technological point of view, the most attractive sectors are agriculture, water management, cooperation in cybersecurity and energy,” said the ambassador in an interview for this story.

The commission is scheduled to meet for its 10th meeting in Jerusalem, but the dates have not yet been determined.