NUR-SULTAN – Kazakh Ministry of Foreign Affairs and Kazakh Invest national investment company are conducting negotiations with 43 foreign companies that plan to relocate their businesses to Kazakhstan, said Kazakh Deputy Minister of Foreign Affairs Almas Aidarov in an interview with The Astana Times. 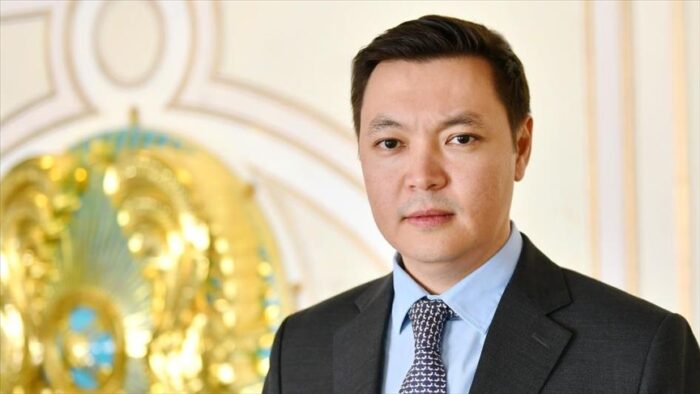 “To date, 43 companies have an interest in either relocating production or opening new facilities here in Kazakhstan, or moving their headquarters in the Eurasian region to Kazakhstan,” said Aidarov.

Initially, Kazakhstan was interested in 265 companies. “Since March we have been monitoring foreign companies that have publicly voiced their intent to leave the Russian market or close representative offices there,” he said.

According to him, in the current geopolitical developments unfolding around Russia, Kazakhstan, the largest economy in Central Asia, might emerge as a new suitable location for companies that do not want to lower their presence in the Eurasian region.

Kazakhstan has an interest in attracting large companies to the manufacturing sector. “We were not considering trade companies and small and middle-sized IT companies,” said Aidarov.

On July 20, Almaty will host the opening of an assembly plant by Honeywell, the United States manufacturer of electronic systems and one of the foreign companies that decided to localize their production in Kazakhstan.

“Honeywell is a company with a 100-year history. They are one of the 100 largest companies in the world, which are now opening their production here and we are negotiating the opening of their Central Asian office in Kazakhstan,” said Aidarov.

Kazakhstan is ready to adjust some aspects of the legislation that might be outdated for relocating companies.

“We will not create any special conditions for individual companies, our legislation will not allow that. However, if we see that our legislation is not adapted to new technologies that companies bring, we might update it. Such updates will apply to all companies in the market, including local companies,” he explained.

Kazakhstan will also benefit from foreign companies opening their facilities and regional headquarters in the country. According to Aidarov, benefits might come from increased trade and cash flows, reorienting recruitment here, building a new industrial strategy, as well as innovation in production and management that comes with new companies.

“Big companies bring new management solutions with them. It also improves the investment climate and new investments lead to the creation of jobs,” said Aidarov.

According to him, there is no reason to fear that foreign companies will take up local workplaces. “Skilled labor is always in short supply. All countries are now struggling for human capital,” he said. “Foreign companies are largely compelled to bring their own specialists because there is a shortage of professional staff who can work on new technologies or equipment that they want to establish here.”