NUR-SULTAN – President Kassym-Jomart Tokayev unveiled a brand new bust to Kazakh writer Mukhtar Auezov as part of his visit to Cholpon-Ata, Kyrgyzstan, according to the presidential press service. 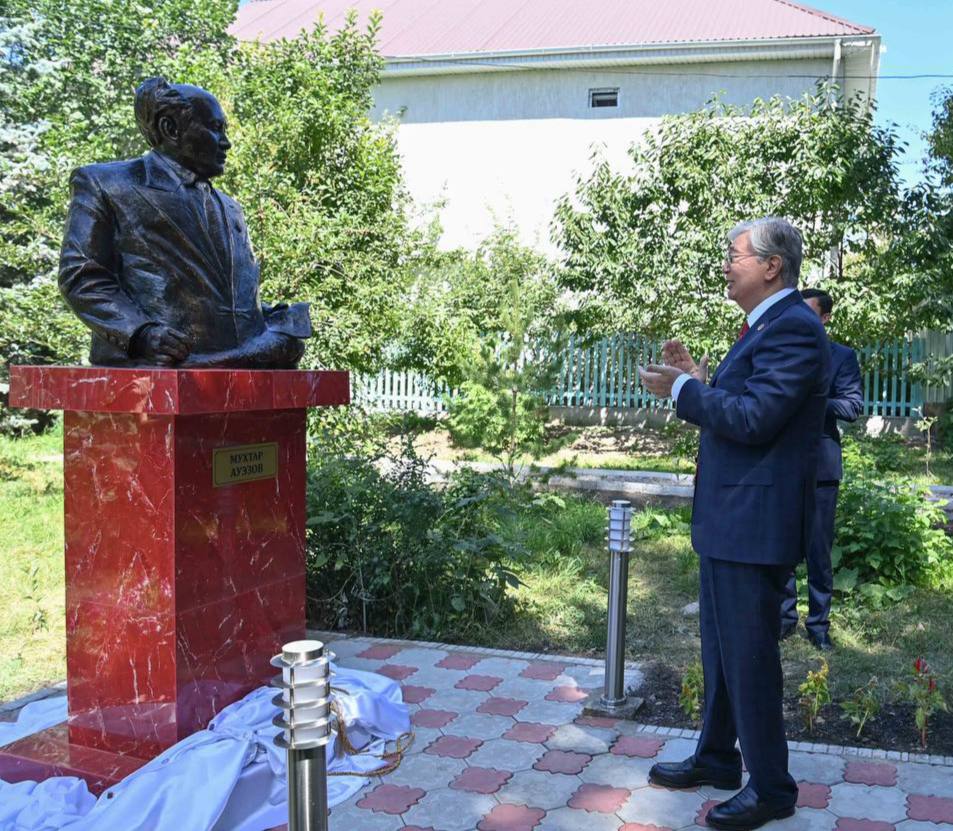 Tokayev left a note in the book of honored guests at the house-museum of the writer.

The house of Mukhtar Auezov was built in 1959 in Cholpon-Ata. The legend of Kazakh literature lived and worked here in 1959-1961. From mid-summer 1960, he began writing his last novel named “The Young Tribe,” but was not destined to finish it. 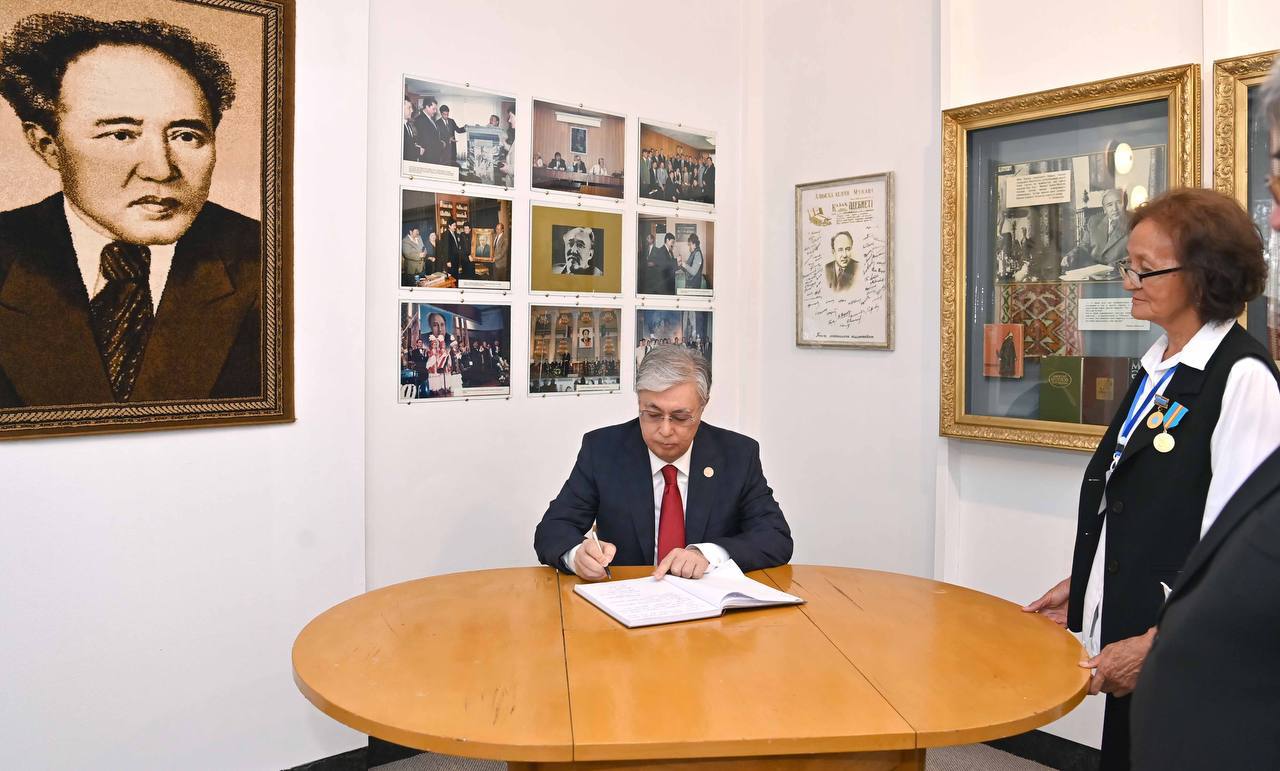 The library-museum of Mukhtar Auezov officially opened its doors to visitors in September 1970.
So far, the museum stores the personal belongings of the writer: a table, chairs, a rocking chair, an armchair-bed, a table clock, a hanger, a bookcase, and books.

The writer’s daughter Leyla Mukhtarkyzy collected the first 5,000 copies of the library’s books. The book fund of the library stores approximately 12,000 novels. The library-museum of Mukhtar Auezov hosts seminars, reader conferences and meetings.