NUR-SULTAN – “A talented person is talented in everything” – with this saying an evening dedicated to the “Blind Love” film premiere written by Kazakh figure skater and 2014 Winter Olympics bronze medal winner Denis Ten kicked-off in Nur-Sultan on July 28, four years after his tragic death. 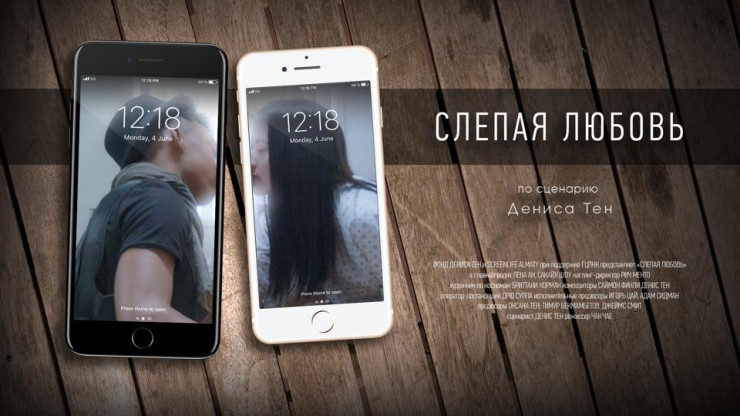 “Blind Love” is a story of two young people falling in love over a phone conversation unaware of each other’s impairment in speech and vision. Before they share their feelings for each other, they must confront the fear of opening up about their physical limitations.

Vice Minister of Culture and Sports of Kazakhstan Serik Zharasbayev attended the premiere. “People say that a talented person is talented in everything, and we are about to witness that,” he said.

“Denis is not with us now, but there remains that memory and love of our people. His fame has gone far beyond the borders of our country. I hope we will keep contributing to the deeds that will keep Denis in our memories and hearts,” said Zharasbayev. 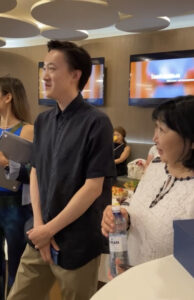 The director was the Venice International Film Festival laureate South Korean film-maker Chuck Chae. In an after-film documentary he shared that he was very nervous making the film.

“It is not just a short film. It is about a legacy, a certain vision of a man we love and respect. We did not want to ruin that vision or waste it. We wanted to make a perfect film, even better than he (Ten) could have imagined or than those around him have imagined,” he said.

Chae also shared that there are many easter-eggs (a term used to describe hidden references or clues) included in the film for Denis’s fans.

Igor Tsay, an executive producer of the film called it “the world’s film”, as it was written by a Kazakh citizen, filmed in Hollywood, and post-production was done in Seoul and Almaty.

“It is a unique precedent for cinemas to take a 33-minute film,” noted Tsay. “This is one of the first creative projects of the Denis Ten Foundation, but Denis had many other creative ideas that we will bring to life,” he added.

One of such projects is called Mini-Denis, which is an animation character created by Ten. “We are thinking about turning it into an animation series, or a movie, or probably a music video,” said Tsay.

Another project is a music album named “Blind love,” which already includes two singles by Ten, and soon will include all the original tracks from the movie.

Members of the society for the blind of Nur-Sultan were special guests at the premiere. The film includes a special version with audio descriptions for people with visual impairment.