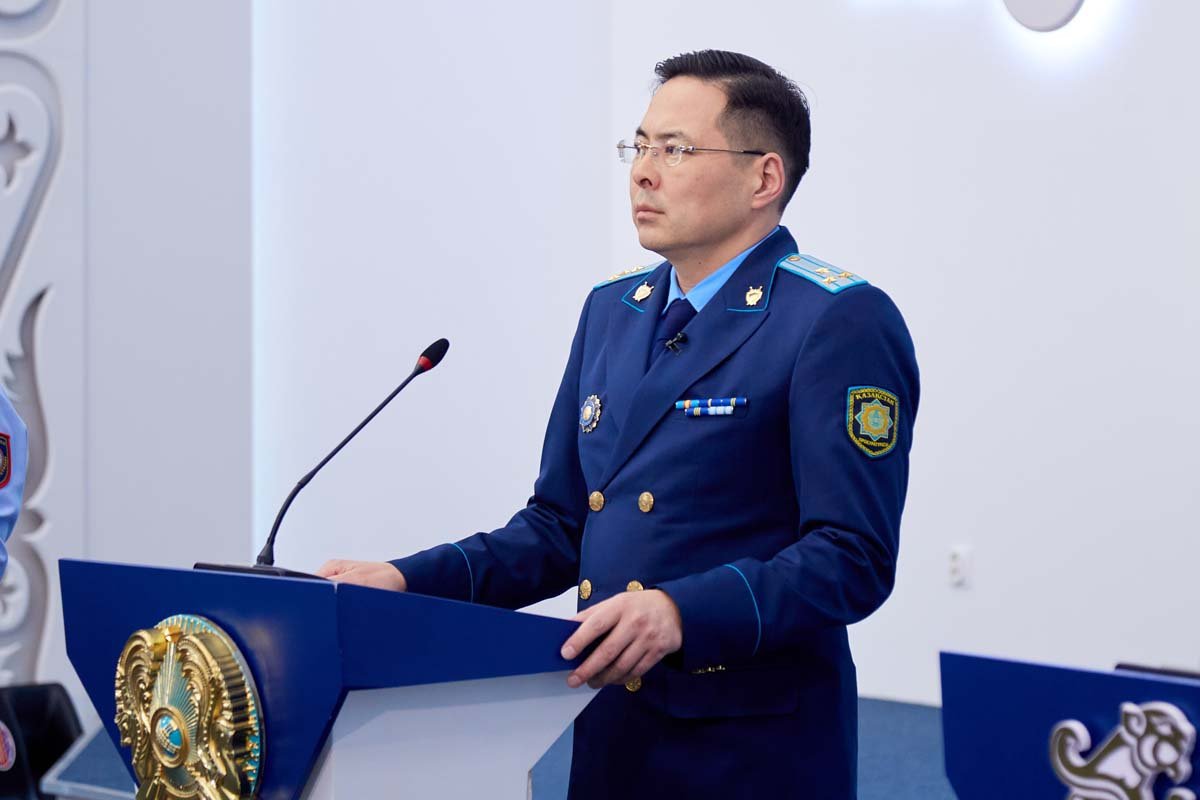 More than 30,000 investigative actions and more than 4,000 forensic examinations have been conducted in eight regions of the country.

“There are currently 349 suspects in custody. It has been confirmed that they took an active part in pogroms, burning of buildings, theft of firearms, and armed attacks on government facilities and law enforcement officers. There is sufficient information about the involvement of each of the arrested persons in the crimes. A total of 429 criminal cases on January events were sent to the court with 545 persons convicted. 83 defendants were sentenced to imprisonment – they had committed serious crimes related to violence against government officials, destruction of property, failed to reimburse the damage and had an unexpunged criminal record,” said Kilymzhanov.

The January events, the term used to describe the mass violent riots that broke out across Kazakhstan in the beginning of January, included pogroms, arson of state facilities, destruction of property and acts of terrorism in the cities of Almaty, Shymkent as well as Aktobe, Atyrau, Almaty, Zhambyl, Kyzylorda and the East Kazakhstan regions.

The riots initially began peacefully with people in Zhanaozen in western Kazakhstan protesting against a nearly double hike on the prices of liquefied petroleum gas, widely used in the region. The wave of riots spread across the country at some point becoming violent and hijacked by criminals and religious radicals, according to government reports.

“As of today, special prosecutors have 53 criminal cases on mass riots and 32 acts of terrorism pending. Once the investigations are completed, the criminal cases are sent to court. In the city of Almaty, special prosecutors have completed pre-trial investigations against three citizens. They are suspected of participating in mass disturbances, attacking government buildings and using violence against government officials. On the night of Jan. 4-5, these criminals, while in the central square of Almaty in a group with other persons, vandalized 42 police service vehicles, armed with improvised means, used violence against law enforcement officers, and then actively participated in the attack and arson of the akimat building,” he said.

Their crimes have been confirmed by video surveillance tapes, witness testimonies and expert studies.

The Prosecutor’s Office is also continuing its work to trace firearms. According to the latest data provided by Kilymzhanov, law enforcement agencies found more than 846 rifled and smooth bore weapons stolen during the January events, but the whereabouts of more than 2,000 stolen weapons are still unknown.

Mukhtar Kozhayev, deputy head of the investigative department of the Kazakh Ministry of Internal Affairs, said their efforts identified and seized 1,729 weapons and more than 42,000 ammunition from illegal circulation, including 13 grenade launchers, 6 machine guns, 169 automatic rifles, 374 pistols and 266 traumatic and gas weapons.