NUR-SULTAN – The conference titled Republic of Kazakhstan in the modern system of international relations was dedicated to the 30th anniversary of Kazakhstan’s diplomatic service and gathered top diplomats and veterans to celebrate the country’s achievements in foreign policy over the past decades in Nur-Sultan on July 1. 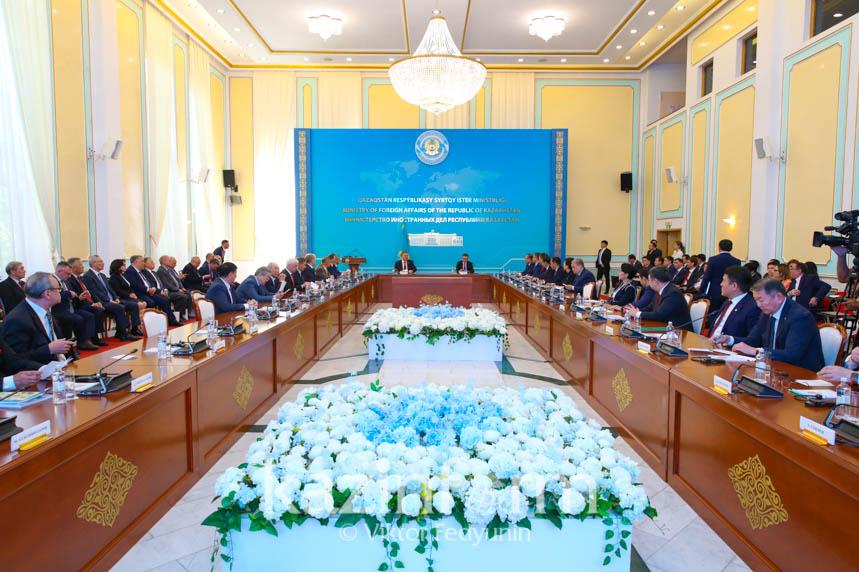 President Kassym-Jomart Tokayev conveyed congratulations to the diplomats who, since the years of independence, were able to establish diplomatic relations with 186 countries and acquire membership in over 50 international organizations.

“In terms of the current geopolitical instability, you are making a great contribution to the development of cooperation with foreign countries by strengthening Kazakhstan’s position in the world,” reads the letter from the President.

Deputy Prime Minister and Minister of Foreign Affairs of Kazakhstan Mukhtar Tileuberdi opened the conference by highlighting the major achievements of Kazakh diplomacy over the last 30 years that include establishing good relations with all the members of the international community, membership to reputable international organizations, legal formalization of Kazakhstan’s state border, and nuclear non-proliferation.

Tileuberdi highlighted the Organization for Security and Co-operation in Europe summit in 2010, Kazakhstan’s election as a non-permanent member of the United Nations (UN) Security Council for 2017-2018, and Kazakhstan’s established authority as mediator in the Syria talks as the most considerable achievements of the Kazakh diplomacy corps in recent years. 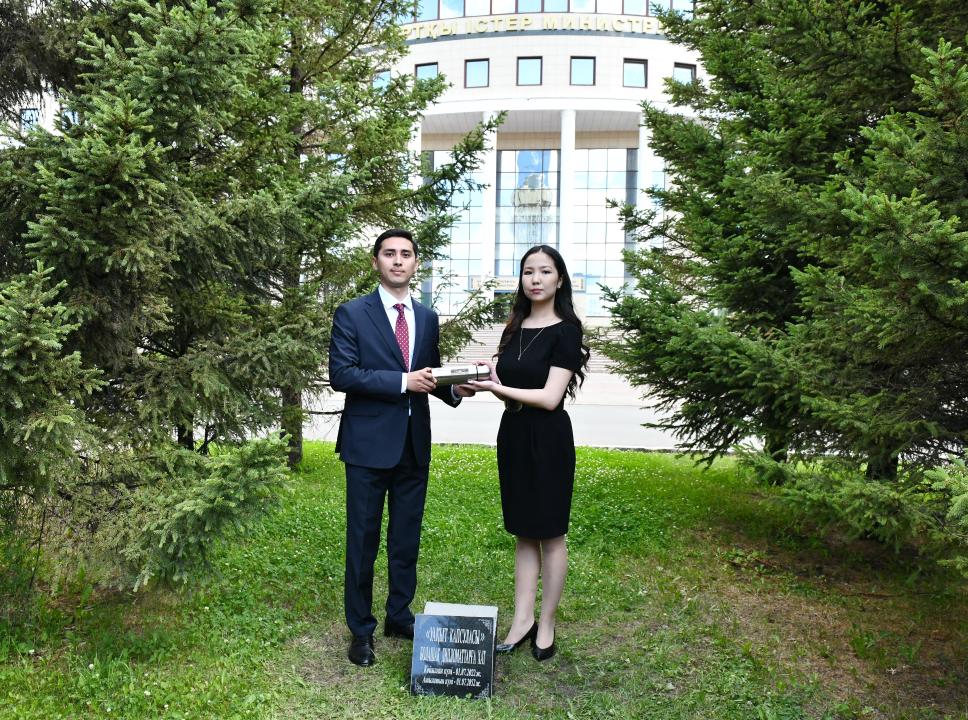 The ceremony of laying the time capsule was held as part of the conference. Photo credit: gov.kz

The minister stressed that Kazakhstan will continue to build a new phase in their relationship with states and organizations, including China, the United States of America, Great Britain, Russia, Central Asian states, the Shanghai Cooperation Organization (SCO), the Organisation of Turkic States, and the UN.

“Kazakhstan’s election to the UN Human Rights Council for 2022-2024 confirms our state’s commitment to promoting fundamental rights and freedoms at the national and international levels,” said Tileuberdi.

According to Aigul Kuspan, the chair of the Committee on foreign affairs, defense and security of the Mazhilis of the Parliament of Kazakhstan, openness has been one of the main features of Kazakh diplomacy. “It is clearly reflected in the country’s multi-vector policy, that is, in the creation of cooperative relations with all states,” she said.

Kairat Abdrakhmanov, OSCE High Commissioner on National Minorities, spoke highly of Kazakhstan’s language and multiethnic cooperation policies. “Kazakhstan’s language policy and experience in developing a multilingual education system based on the mother tongue, as well as strengthening inter-ethnic harmony are currently in high demand,” he said.

The ceremony of laying the time capsule was held as part of the conference.  The capsule contains an address to future diplomats which is due to be opened on the 60th anniversary of Kazakh diplomacy exactly 30 years from now.