NUR-SULTAN – Inflation has reached 14.5 percent and exceeded the level of 2015, says Kazakh President Kassym-Jomart Tokayev at the expanded government meeting on July 14, reported the presidential press service on the Telegram channel. 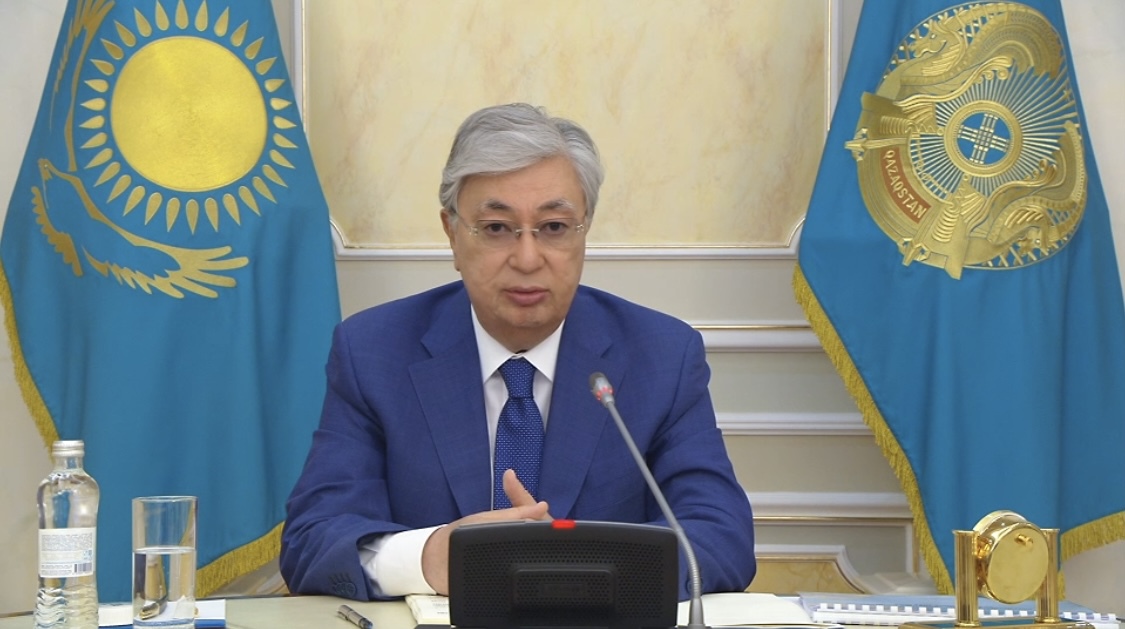 According to the half-year results, Kazakhstan’s economy grew by 3.4 percent, and the real sector – by 4.1 percent. The manufacturing industry demonstrates significant progress.

Amid geopolitical turbulence, the agricultural production in the country is declining.

“Butter production decreased by 12 percent, processed milk – by 7.5 percent, sugar – by 5.6 percent, cheese – by 3 percent. At the same time, import volumes increased by 22 percent. In particular, the import of milk increased by 17 percent,” said Tokayev at the meeting.

“The growth of world food prices has already reached 34 percent. The price of wheat increased by 47 percent, cereals – by 18 percent,” he added.

Kazakh President instructed the government to urgently develop a sectoral project for the development of the sugar industry, as well as to develop primary domestic seed production.

“We are 90 percent dependent on imported sugar. Here you can refer to decisions within the framework of the Eurasian Economic Union (EAEU), but this, in any case, is a serious miscalculation of the government,” noted Tokayev.

He emphasized the need to help businesses upgrade equipment, attract foreign investors, and comprehensively stimulate agricultural science towards a significant reduction in import dependence and a gradual transition to self-sufficiency.

“Our fertilizer market is critically dependent on imports and several domestic manufacturers. A recent inspection revealed the facts of the overestimation of prices for domestic farmers. Productivity and crop yield depend crucially on compliance with agricultural technologies,” he said, stressing that food security will not be possible without a developed agro-industrial complex.