By Saniya Bulatkulova in Kazakhstan Region Profiles: A Deep Dive Into the Heart of Central Asia, Society on 25 July 2022

NUR-SULTAN – The family of Oleg and Natalia Veretilnyi might seem like ordinary farmers living in Bolek village in the Almaty Region, but they intend to fully cease using the electrical grid in favor of solar energy, which makes their homestead special. 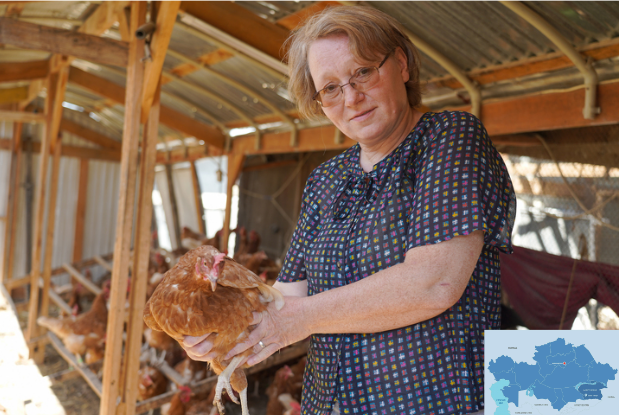 Natalia Veretelnaya with a hen from their poultry farm. Photo credit: Forbes.kz. Click to see the map in full size

About the family’s business

In an interview with the Forbes.kz agency, the Veretelnyis said that they have a poultry farm with 250 hens, which allows them to sell eggs and meat in the markets of Almaty and Issyk cities. They plan to complete the greenhouse for growing herbs and vegetables for feeding birds in autumn and open a bakery someday.

The family has been familiar with renewable energy sources for a long time and was among the first residents in the village to install solar collectors for heating water. The farmers will add a few more panels and install them in a new greenhouse in the near future.

“We plan to put a container with water like a pool in the greenhouse, which will serve as a heat accumulator. The water in it will be heated by solar panels. This is especially important in the winter because we will grow green bird seeds following the principle of hydroponics in the colder seasons. This will also affect the cost of eggs and meat. In summer, on the contrary, we need air conditioners, because sometimes the temperature inside the greenhouse reaches 60-70 degrees Celsius. Using the air conditioner from the electrical grid is expensive, and it will only increase the cost of our production,” said Oleg Veretelnyi. 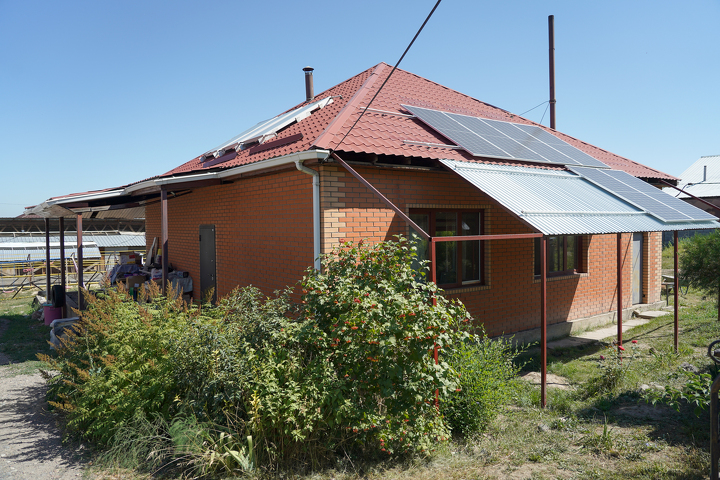 Solar power plants and collectors that the Veretelnyi installed on their house. Photo credit: Forbes.kz

Why did the Veretelnyis decide to use solar power?

The farmers decided to use renewable energy sources because the voltage along the main network of the village is unstable, and its capacity is not enough for the normal operation of electrical appliances.

“If I want to bake bread, I need 220 volts, otherwise the dough will not rise, and here we have a maximum of 170-180 volts. We installed six solar panels and an inverter in early summer for that reason. Thanks to this measure, all appliances, including egg refrigerators, freezers for poultry, automatic feed mixers and bread machines among other technologies, are working at full capacity. Electricity charges have become three times lower, and this, of course, affects the cost of production,” said Natalia Veretelnaya. 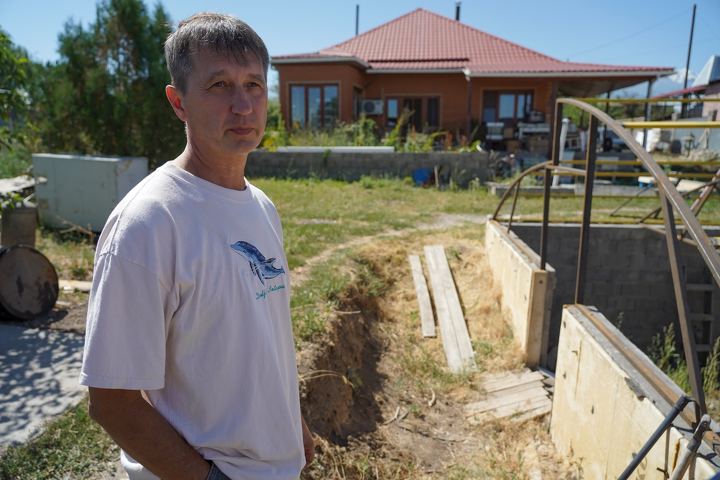 Following the example of neighboring farmers

The family came up with the idea of switching to renewable energy systems once they saw how their neighbor Eldos Nazhenov made his farm self-sustaining. Nazhenov now has a wind turbine and solar power plant.

“We installed batteries and a renewable energy converter in the house. During the day we use electricity from the sun and wind, and we “feed” on accumulated electricity in the evening,” said Nazhenov in an interview with Forbes.kz. 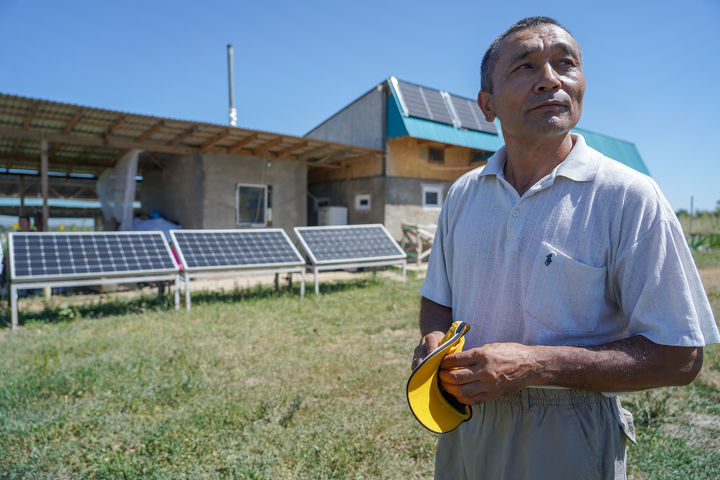 How much does it cost?

Installation of alternative power plants is expensive: six panels and a converter cost around two million tenge (US$4,156). The price for batteries for offline power supply will be even more expensive, as their cost varies from 200,000 tenge (US$415) to a million tenge (US$2,000), depending on the type and service life. The payback on the investment usually takes five or six years.

Expert in renewable energy sources and founder of Solarway company Abdullah Ushurov said that the legislation contains a paragraph on state subsidies for the installation of alternative power plants, but as long as they are produced by a local company. Such enterprises have not been established yet in Kazakhstan, therefore farmers can not receive public assistance.

“According to my colleagues who work at the Kazakh Ministry of Energy, amendments to the legislation have already been submitted. The ministry proposes to remove the requirement of a 50 percent subsidy for the installation of Kazakhstan’s equipment. If these amendments are adopted, citizens will be able to receive benefits from the installation of foreign-made solar power plants, but it all depends on the decisions of the Parliament. Then farmers can become top priority recipients of subsidies,” said Ushurov.

At present, farmers are assisted by the local communities fund of Enbekshikazakh district. Employees of the fund with scientists from Almaty-based Al-Farabi Kazakh National University developed a program called Actions Speak Louder Than Thousands of Words to teach farmers to work with renewable energy and helped them put in place new technologies.

The project was also supported by the United States Embassy in Kazakhstan with its small grants program. The embassy allocated funding as financial support to farmers to install alternative power plants. After completing training, the village residents participated in a competition, with four winners who had 50 percent of the cost of installing solar power plants covered for them.