BRICS+ is a flexible international platform that initially united four countries and was later joined by South Africa. The five-letter acronym stands for five countries –  Brazil, Russia, India, China and South Africa. These countries are different in terms of culture, ideology, and economy, but they are united by ambitious economic goals and rapid GDP growth. 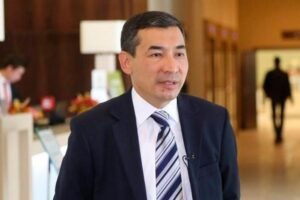 We know that the world is conventionally divided into West and East, especially now, in the era of geopolitical turbulence and confrontation. However, the agenda of these countries is different – an attempt to find a third way, that is, an alternative agenda, and create new poles of influence. In geopolitical terms, BRICS aims to create a polycentric world, and in economic terms – a more efficient and profitable development model.

China has a special economy. India is a dynamically developing country. It positions itself as Asia’s largest democracy. India is not trying to participate in the block confrontation but is seeking to find its own economic niche.

BRICS+ allows for the creation of an additional, consistent platform where Kazakhstan can promote its interests in the energy sector and the green agenda. These countries intend to create an alternative vector in which the interests of each participant will be harmonized and taken into account. Our country will be interested in taking part in various BRICS+ projects, given that this platform does not have a charter and rigid regulations. The BRICS countries are the world’s largest food producers. We may be able to contribute to global food security.

Kazakhstan is studying a proposal to join BRICS. It will then be decided in which format we will take part in the summits of the platform.

Kazakhstan is a mid-ranking country. We are considered a dynamically developing, important country in Central Asia. We are promoting the regional agenda. Kazakhstan is a major producer and exporter of energy resources and wheat. We can solve issues in a more balanced way with mutually beneficial communication between the producer and the consumer of energy resources. If China and India are among the largest consumers of energy resources, Kazakhstan and Russia are producers. On a mutually beneficial basis, we can contribute to the in-depth development of trade and economic ties, to international food security, given that the world is on the brink of a food crisis.

This article was originally published in Kazinform.

The author is Sanat Kushkumbayev, Deputy Director of the Kazakhstan Institute for Strategic Studies under the President of Kazakhstan (KazISS). Doctor of Political Sciences.