NUR-SULTAN – The Astana Opera’s symphony orchestra will present the concert “Guys With Contrabass” at the Kulyash Baiseitova Chamber Hall on July 16, reported the theater’s press service. The musicians will demonstrate the virtuosity of the sound of the orchestra’s musical ‘giant’ – contrabass. 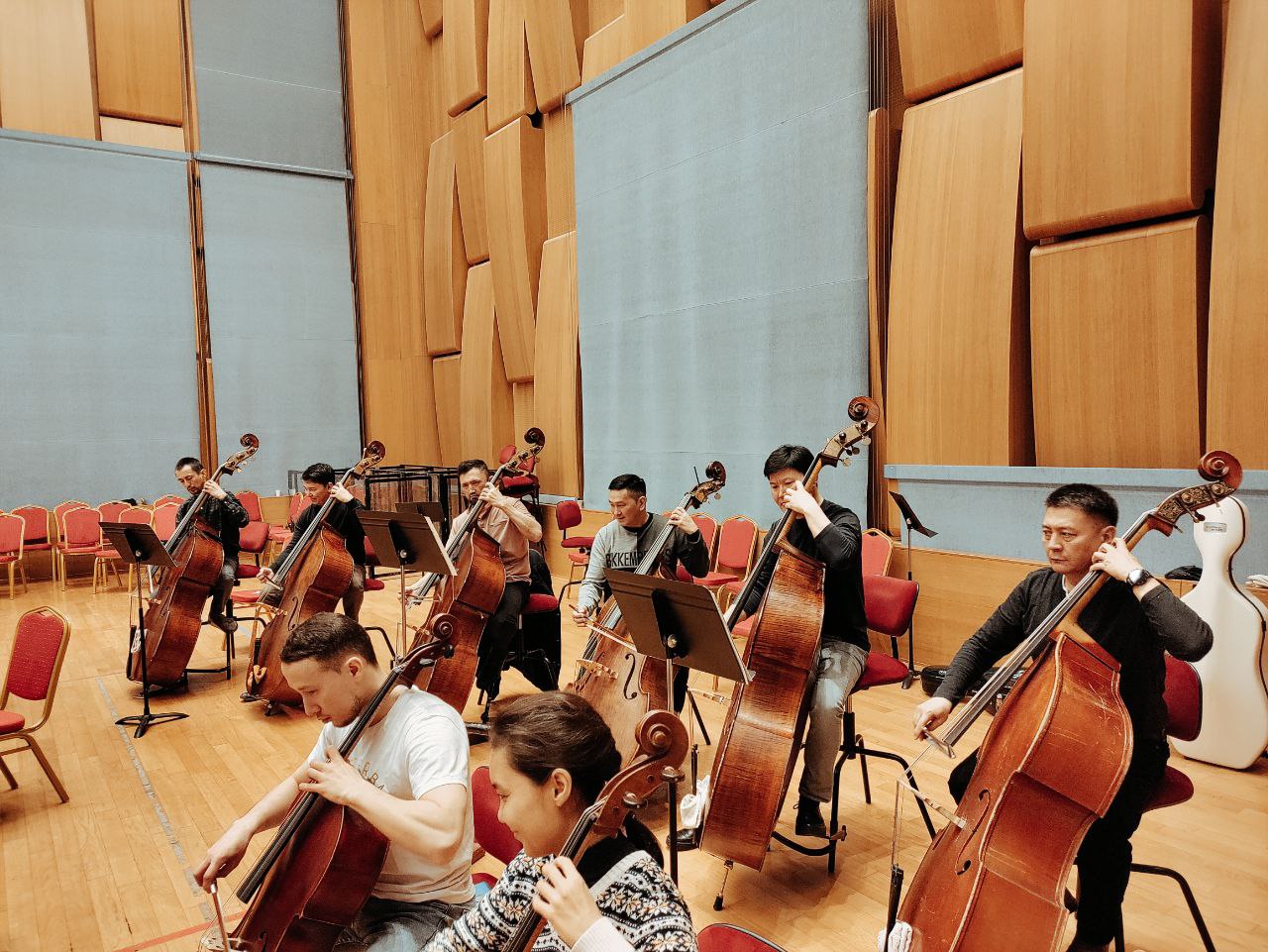 Astana Opera’s principal contrabass Sabit Dairov emphasized that a concert in a format like this is new for the opera house and will be performed for the first time. According to the musician, the upcoming concert will be a showcase of a nine-year-work of the contrabass band at the Astana Opera.

“Our goal is for the audience to hear the multifaceted side of the instrument: how it sounds in cantilena, how it sounds in virtuoso works, or in a three-part format, when the fast tempo smoothly turns into a slow one, and then again into a fast one. We want the audience to see that the contrabass can serve not only as the foundation of the orchestra’s sound, a guideline other musicians follow, but also as an equal partner both in the symphonic and in the chamber format,” Dairov explained.

Dairov’s first acquaintance with a contrabass had a pivotal role for his musical career. The very first instrument that he saw, once he entered music school, was the contrabass. The scale of the instrument and the thickness of its strings taught Dairov to work hard. This approach to life helped him achieve significant heights in his artistic work. Today, in addition to performing the Astana opera’s repertoire with the orchestra, he performs as a soloist and teaches the future generation of musicians. Some of his students will perform in the “Guys With Contrabass” concert as well.
“My students also work in our band. In general, the members of the Astana Opera’s contrabass band have considerable professional experience in symphony orchestras, and, before joining the opera house, were principal contrabasses,” the musician said.

In addition to the “Guys With Contrabass” concert, Astana Opera prepared yet another surprise for classical art connoisseurs this month. On July 13, a concert by the piano duet “Inspiration,” performed by international competitions laureates Shakhizada Kulseitova and Meruert Zhekenova will take place at the Kulyash Baiseitova Chamber Hall.