By Saniya Bulatkulova in Kazakhstan Region Profiles: A Deep Dive Into the Heart of Central Asia, Society on 11 June 2022 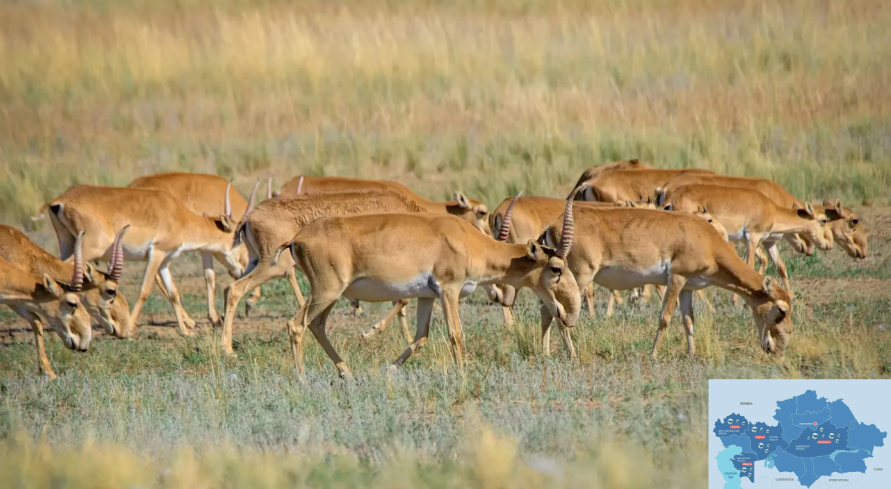 The species’ yellowish-red fur in warm months is replaced by a thicker light gray fur during wintertime. Photo credit: wwf.ru. Click to see the map in full size

The animal is included on the Red List of the International Union for Conservation of Nature (IUCN), where it has been listed as a critically endangered species since 2002. The hunting of animals is prohibited in Kazakhstan.

According to the Kazakh Association for the Conservation of Biodiversity, there are three populations of species in the country: Betpakdaly population lives in Central Kazakhstan, Ustyurt population inhabits Mangystau, and Aktobe Regions and Uralsk population resides in Western Kazakhstan.

After the collapse of the Soviet Union, the saiga’s population in the country decreased significantly due to intensive hunting and poaching, but its number is growing now.

According to data given by Okhotzooprom national company, which is tasked with protecting nature and controlling the use, reproduction, and artificial breeding of animals and plants, almost 90 percent of the world’s saiga population lives in our country.