NUR-SULTAN – Kazakhstan presented its vast tourism opportunities at IMEX Frankfurt, one of the world’s leading exhibition platforms in the field of tourism and business tourism, from May 31 to June 2, reports Kazakh Tourism national company’s press service. 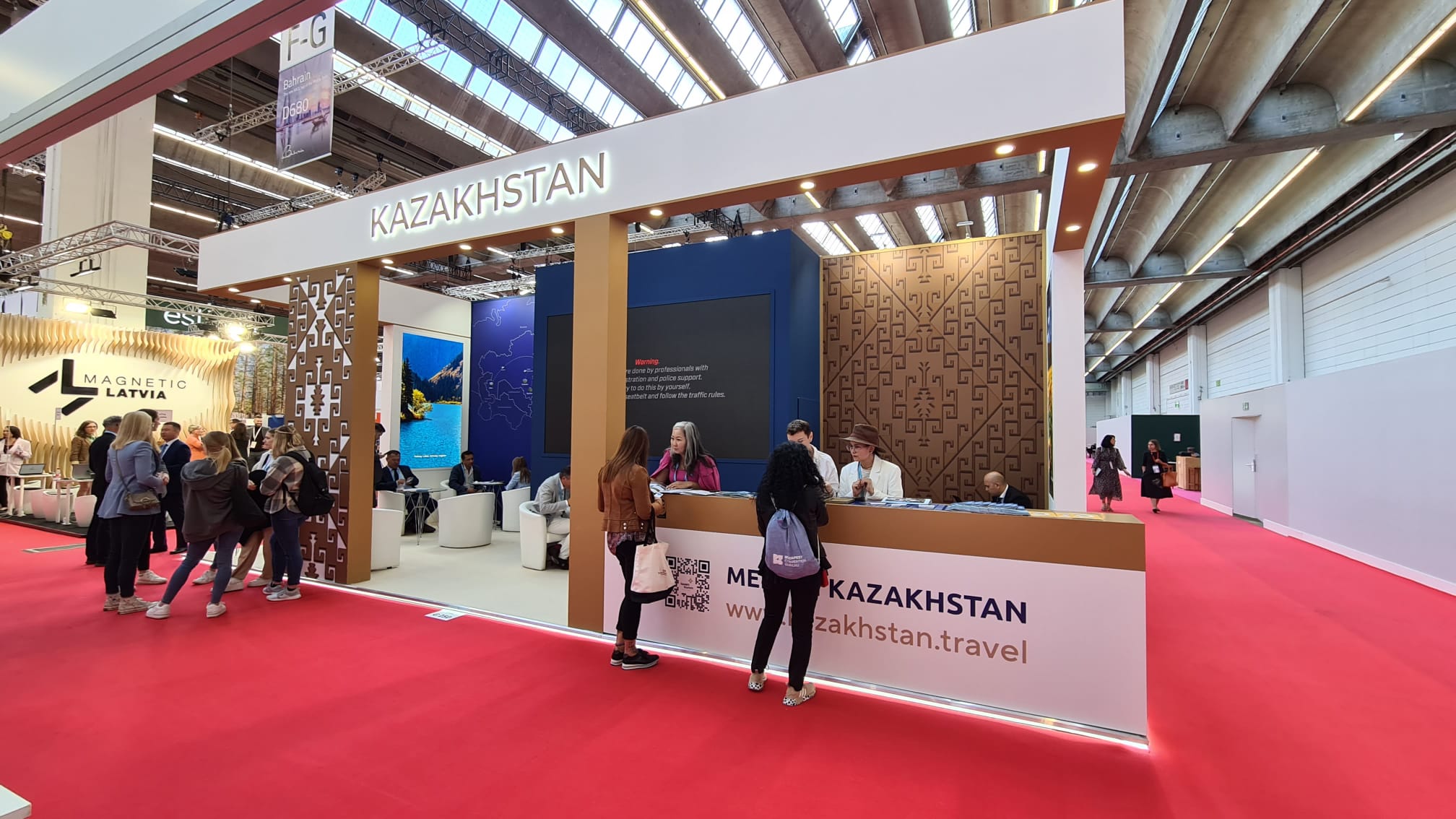 Kazakh Tourism, the country’s national company tasked with promoting tourism, headed the country’s delegation at the exhibition that brought more than 18,000 participants from 80 countries in-person for the first time since the pandemic began.

Kazakh Tourism Chair Talgat Amanbaev had more than 20 B2B (business-to-business) meetings with partners from 10 different countries, who expressed their interest and hope for building cooperation between the two countries in the field of tourism.

“Kazakhstan’s participation in major exhibitions such as IMEX allows us not only to promote our country’s image in the world and attract tourists but also to keep abreast of all the latest trends and news in the tourism industry. (…) The representatives of tourist business have reached agreements with partners in Europe and also with India and the United States to serve corporate and incentive groups of tourists this year for a total amount of more than one million euros,” said Amanbayev.

At the end of the exhibition, Kazakhstan signed a memorandum with British AMC Sport Consultancy to hold major international events, such as the World Choir Games, Laver Cup, and Nitro Games, and a memorandum was also signed with the Serbia Convention Bureau to strengthen cooperation.

IMEX Frankfurt was important for Kazakhstan because Germany is the biggest MICE (Meetings, Incentives, Conferences, Exhibitions) tourism market in Europe and the second-largest in the world after the US.

The nation has intensified its presence at international tourism events following the removal of pandemic-related restrictions and the restoration of a visa-free regime and direct flights. Until the end of this year, Kazakhstan is expected to participate in three more international exhibitions in Japan, the United Kingdom and Poland, and organize road shows in the target countries.