NUR-SULTAN – Kazakhstan has a vital interest in developing a vibrant partnership with BRICS countries, President Kassym-Jomart Tokayev told the High-Level Dialogue on Global Development on June 24 on the margins of the 14th BRICS Summit, reports the presidential press service. 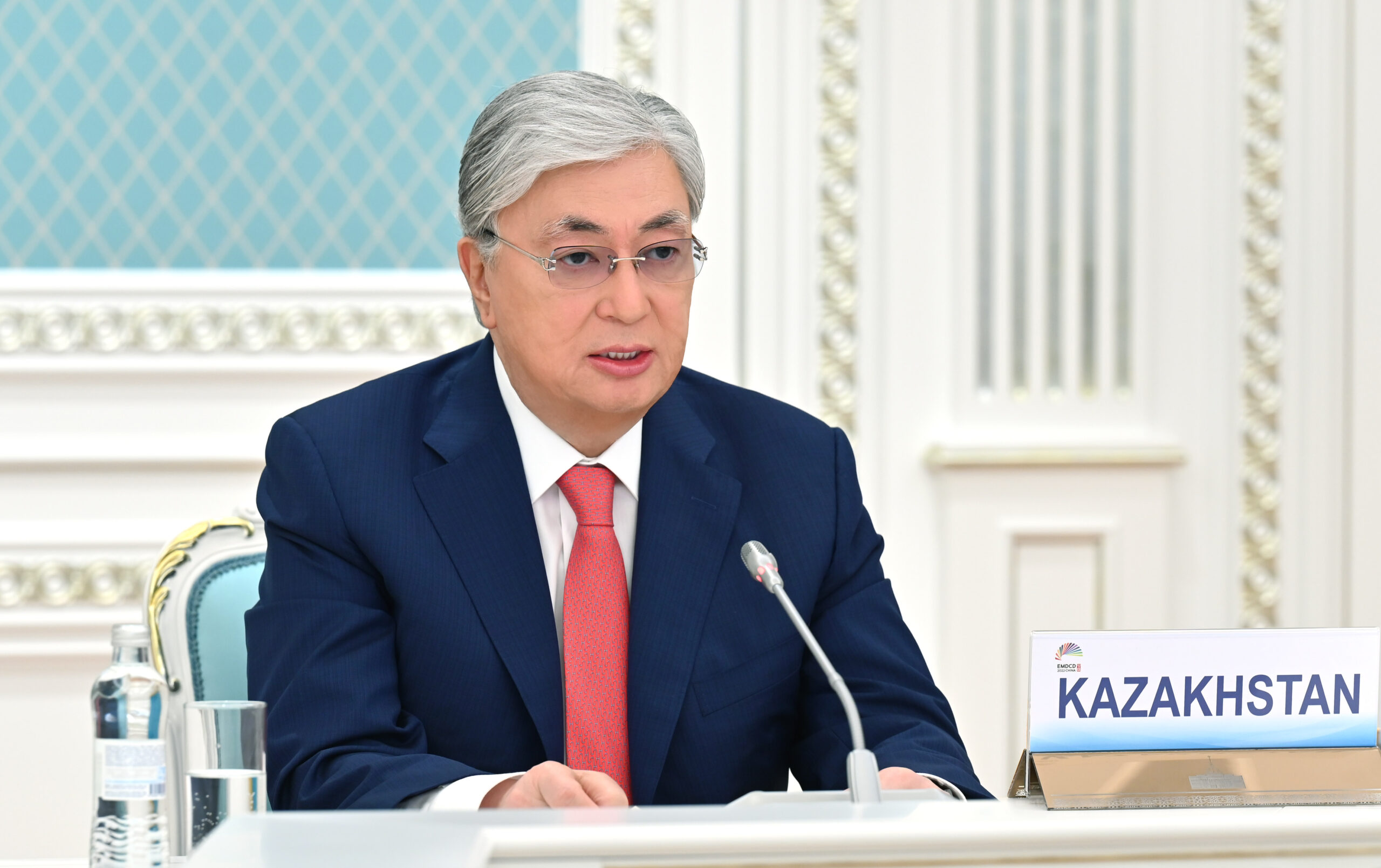 The 14th summit of BRICS, which owes its name to the initials of its five member states – Brazil, Russia, India, China, and South Africa, was chaired by China under the theme Foster a Global Development Partnership for the New Era to Jointly Implement the 2030 Agenda for Sustainable Development.

“Kazakhstan considers BRICS as a truly influential organization and a key growth engine for the world economy. Kazakhstan has a vital interest in developing a vibrant partnership with BRICS countries. Last year, Kazakhstan’s trade with BRICS countries exceeded $45 billion. We still have plenty of room for expanding this volume in the years ahead,” said Tokayev, who joined the meeting virtually.

At the high-level dialogue, Tokayev raised the issues, which he has been emphasizing repeatedly – unprecedented geopolitical and economic turbulence, the existential crisis of multilateralism and global governance, and worsening food security.

Three of the world’s four major food producers are BRICS members, according to Tokayev, whereas BRICS’ total agricultural GDP accounts for more than half the world total. Their role in addressing the looming food crisis is therefore crucial, said Tokayev, coupled with a “fully coordinated international response.”

“Kazakhstan is committed to contributing to these efforts by employing its huge agricultural potential. Ensuring food security requires a well-functioning trade system for food and agriculture based on the principles of fairness and non-discrimination. In this regard, at the 12th WTO Ministerial Conference, Kazakhstan provided new political direction to the relevant negotiations,” said the President.

The rising inflation rates hit lower-income countries, businesses, and families the most, leading to significant disruptions in global supply chains. Tokayev said Kazakhstan is ready to contribute by being a “buffer market” between East and West, South and North.

“In the long-term, we need to keep an open, fair, interconnected, and resilient global economy. I see a lot of potential in the BRICS plus, One Belt – One Road and the Greater Eurasian Partnership initiatives ushering a new era of growth and connectivity,” he said.

President Tokayev expressed firm support for the Sustainable Development Goals, saying the countries need to renew their commitment to leaving no one behind, particularly disadvantaged groups – women, youth, children, elders, and people with disabilities.

“I welcome vigorous efforts by the UN Secretary-General Antonio Guterres to turbocharge the 2030 Agenda, including by convening the Summit of the Future next year,” said Tokayev.

He emphasized that achieving the 2030 Agenda will not be possible without strong regional cooperation.

“We will continue pushing forward the idea of establishing a UN Hub for SDGs for Central Asia and Afghanistan in Almaty. We need to address the aggravating regional risks related to the water – energy – food security nexus,” he said, calling on the countries to turn this crisis into an opportunity by putting people first.