NUR-SULTAN – As the Kazakh capital prepares to host today the 34th meeting of the Foreign Investors Council under the President of Kazakhstan, top management of multinational companies are arriving in the capital. 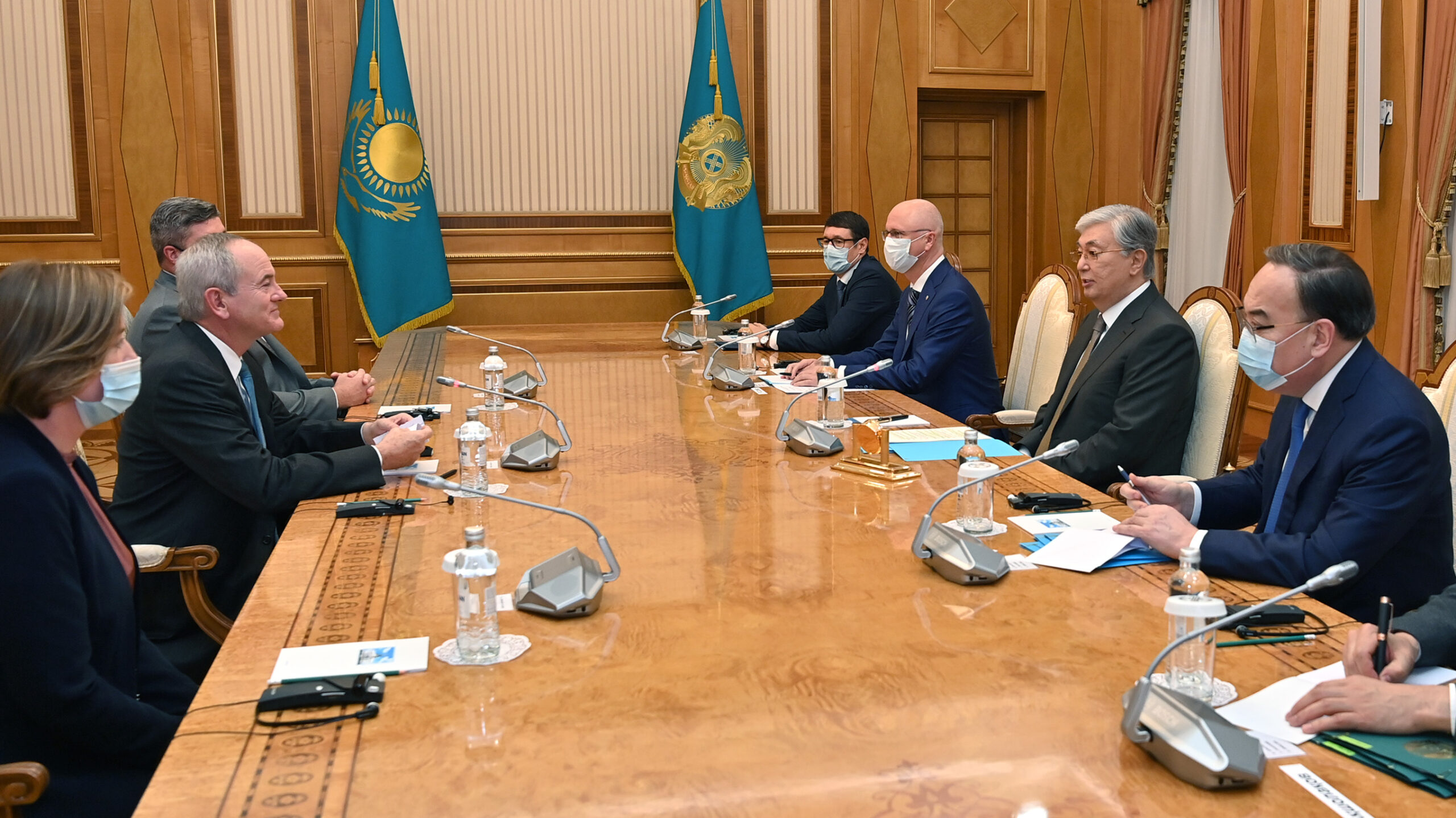 Tokayev and Johnson during their meeting. Photo credit: Akorda

With Johnson, Tokayev discussed the company’s work in Kazakhstan and the progress in the Tengiz Future Growth Project, designed to increase total daily production from the Tengiz field and maximize the ultimate recovery of resources.

The two also reviewed the prospects for expanding the production capacity at the Karachaganak field, and Chevron’s Direct Investment Fund activities aimed at supporting the localization of production and environmental protection in Kazakhstan.

Chapman told Tokayev about the progress in the construction of a gas processing plant at Karachaganak field, the possibilities of redirecting export volumes of gas from the Tengiz field to the domestic market, and the transportation of Kazakh oil through alternative routes.

In a conversation with Tim Gitzel and Don Streu, the sides focused on the implementation of joint investment projects in Kazakhstan.

Kazakh Prime Minister Alikhan Smailov met with the heads of General Electric and Citigroup, as well as the Asian Development Bank discussing strategic partnerships and prospects to expand cooperation.

The ongoing and future projects in the field of mechanical engineering in Kazakhstan were the focus of Deputy Prime Minister – Minister of Foreign Affairs Mukhtar Tileuberdi’s meeting with Andrew DeLeone, President for Africa, Middle East & Central Asia (AMECA) region at Alstom.

Over the years of independence, Kazakhstan has attracted over US$370 billion of foreign direct investments. In 2021, the figure made was $23.7 billion, a 37.7 percent increase over 2020.