NUR-SULTAN – The opening of the monument to the great Kazakh poet Abai Kunanbayev and a branch of the Al-Farabi Kazakh National University in Bishkek have also been scheduled as part of President Kassym-Jomart Tokayev’s official visit to Kyrgyzstan on May 26. 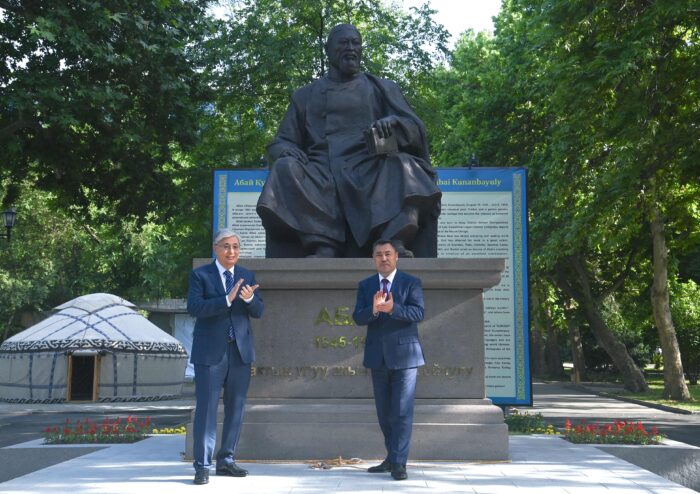 The opening of the monument to the great Kazakh poet Abai Kunanbayev in Bishkek. Photo credit: Akorda Press.

The events are marked to celebrate the 30 years of diplomatic relations between Kazakhstan and Kyrgyzstan.

Tokayev expressed gratitude to Kyrgyz President Sadyr Japarov for his support in installing a monument to the Kazakh poet.

“This will contribute to an even greater rapprochement between the two fraternal countries located in the foothills of Alatau. Great Abai wrote about the spiritual intimacy of our peoples. He emphasized the role of the Kyrgyz people while talking about the history of the Kazakh people,” said Tokayev. 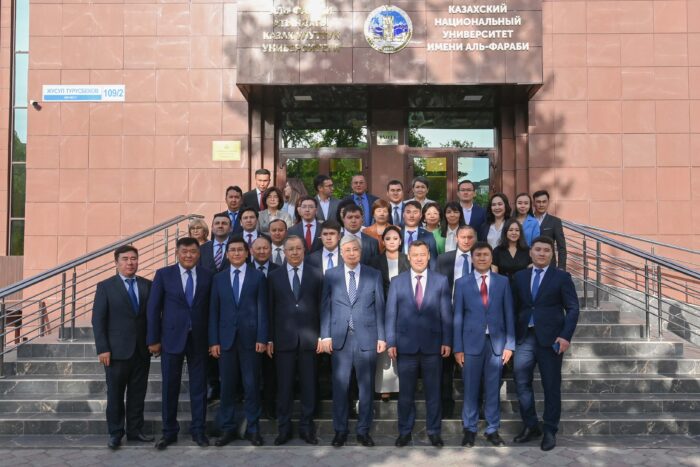 It is reported that a monument to the famous Kyrgyz epic Manas will be opened in the Kazakh capital of Nur-Sultan in the near future.

Japarov noted that this is a great day for the Kyrgyz and Kazakh peoples. “I congratulate you on the opening of a monument to the great Kazakh poet, philosopher, and humanist Abai in Bishkek. We honor the great poet, who unites both countries on the eve of the 30th anniversary of the establishment of our diplomatic relations… A special cultural center was also opened at the National Library to mark the 175th anniversary of Abai. I believe that our friendship with the Kazakh people will continue to develop in all areas,” said Japarov.

It is expected that Kazakhstan will allocate more grants for Kyrgyz students.