NUR-SULTAN – President of Kazakhstan Kassym-Jomart Tokayev arrived in the United Arab Emirates on Sunday to express his condolences in person over the death of Sheikh Khalifa bin Zayed, reports the presidential press service. 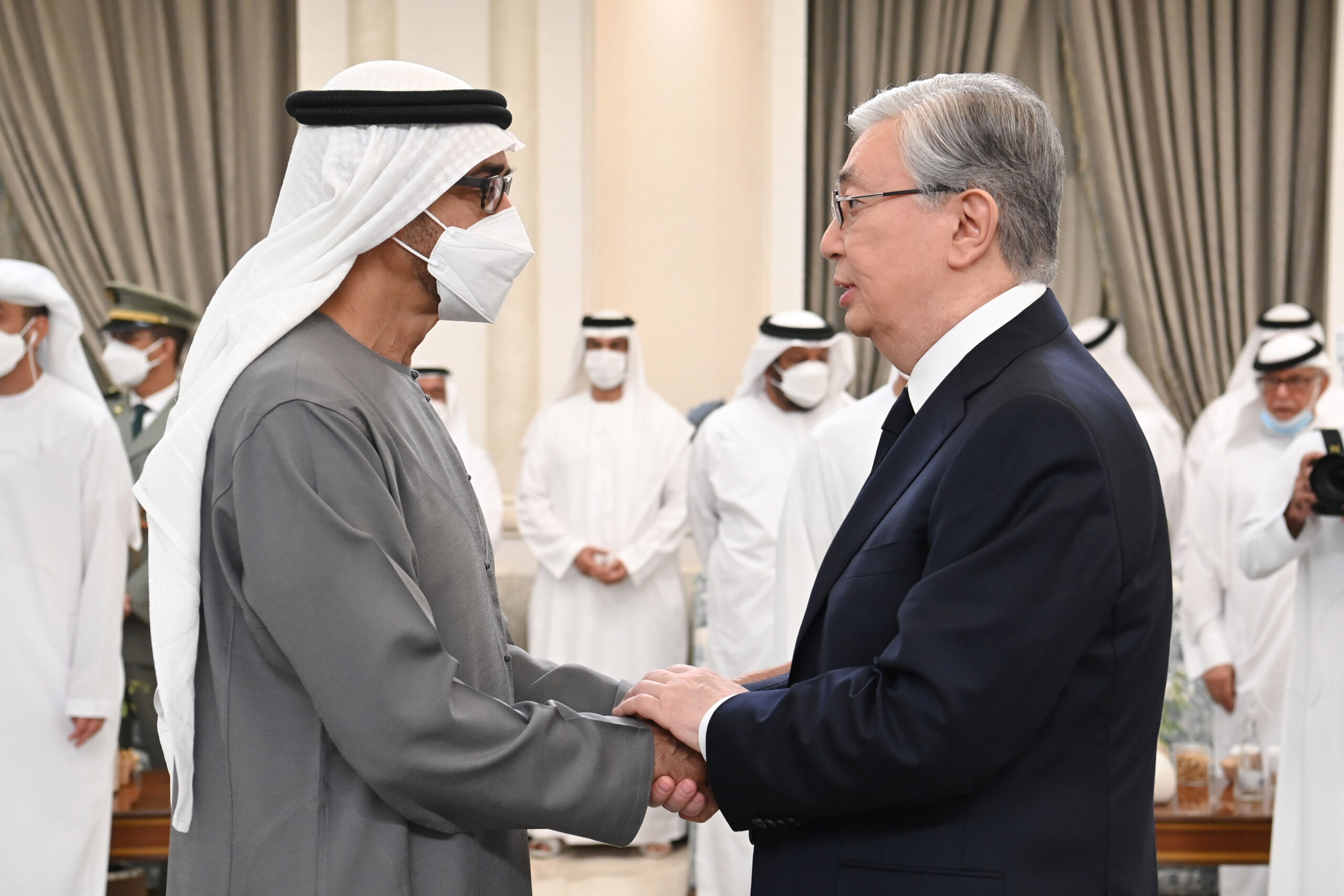 The Emirati state news agency announced the death of UAE President Sheikh Khalifa bin Zayed Al Nahyan on May 13, who was 73. He has been rarely seen in public since he suffered a stroke in 2014.

During his meeting with the new President Sheikh Mohamed bin Zayed Al Nahyan, Tokayev noted the significant contribution of Sheikh Khalifa to the development of the UAE.

“Many impressive achievements of the Emirates, both domestically and internationally, are associated with his name. Under his prudent leadership, the UAE has become a strong advocate of peace and stability in the Middle East, as well as a role model of rapid economic growth and social development across the Arab world. Therefore, we perceive his passing as a huge loss not only to the United Arab Emirates but to the entire world community,” he said.

Tokayev also noted the significant contribution of Sheikh Khalifa bin Zayed Al Nahayan to the development of Kazakh-Emirati relations and expressed high hopes for the bilateral ties between Kazakhstan and UAE to grow. He reiterated his invitation to the UAE President to pay a visit to Kazakhstan.

Sheikh Mohamed bin Zayed, in turn, expressed his gratitude to the leader of Kazakhstan for the visit and his personal support at this difficult moment, and also thanked him upon learning that a street in the Kazakh capital will be named after Sheikh Khalifa.

The UAE has been a keen supporter of Kazakhstan, said presidential spokesperson Ruslan Zheldibai.

“Because he has always fully supported initiatives and major projects of our country in the regional and global community. For instance, Sheikh Khalifa bin Zayed Al Nahyan allocated US$13 million for the construction of a school in Nur-Sultan, US$25.5 million – for a perinatal center in Shymkent, and US$22 million – for the reconstruction of Karaganda-Nur-Sultan highway. In the difficult time of the coronavirus pandemic, the Emirates were the first to extend a helping hand to Kazakhstan sending 100 tons of medical supplies and antiseptic substances, special clothing, and much more,” Zheldibai wrote on his Facebook page, announcing the visit.