By Saniya Bulatkulova in Culture on 29 May 2022

NUR-SULTAN – The capital-based Nazarbayev Intellectual School of Physics and Mathematics (NIS) seeks to enter the Guinness World Records (GWR) book after more than 1,000 of its students participated in a dombra (a Kazakh traditional musical string instrument) class on May 24, reports the school’s press service. 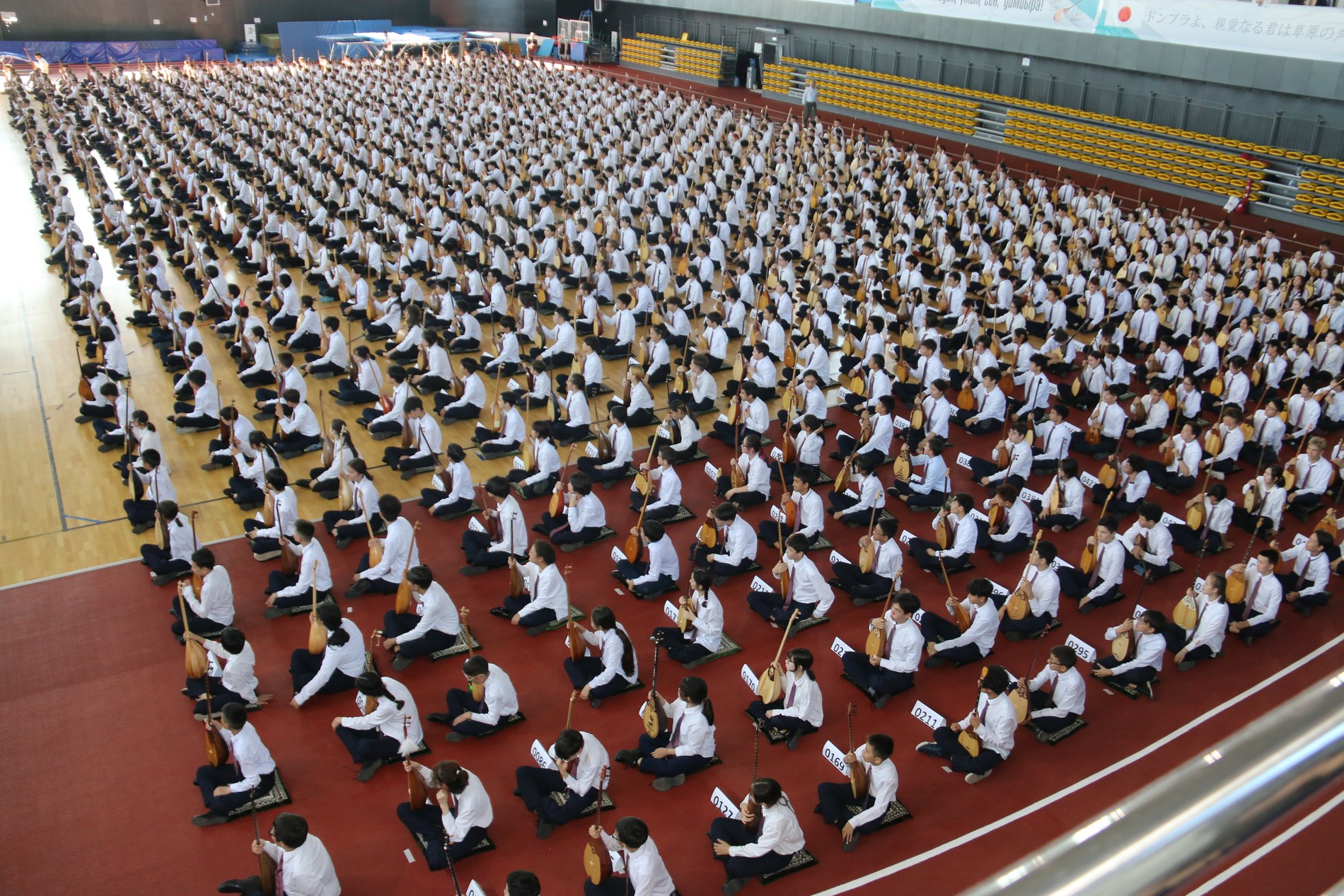 To meet the GWR book requirements, the class was observed by more than 25 stewards and two witnesses. There was one independent steward who was responsible for every 50 participants and who could disqualify anyone who left the area or failed to perform. The witnesses served as confidants for the GWR book, controlling the creation of the record and absolute compliance with all the criteria.

“I got along with dombra after going to NIS. When we were studying remotely during the pandemic, I watched video lessons,” said one of the event’s participants and ninth-grade student Erasyl Aibekuly.

According to NIS Board Chair Kulyash Shamshidinova, the students presented Kazakhstan and its culture to the whole world with their performance.

“They introduced our main musical instrument, which can be called the soul of the people,” Shamshidinova added.

On May 27, President Kassym-Jomart Tokayev sent letter of gratitude to Toktagan.

“You have made a great contribution to the popularization of the cultural heritage of our people, discovered previously unknown compositions and their authors for the world,” Tokayev said.

Since 2016, the NIS has introduced elective dombra courses for the students. The school ensemble, Zhiger, which was created by Toktagan, won many national and international music competitions, including the Grand Prix of the Italian Sun of Italy festival and contest. The ensemble participants performed on the stages of Harvard University, Boston University, and the Massachusetts Institute of Technology (MIT).