NUR-SULTAN – The strengthening of the Armed Forces and the defense potential of the country is a priority for the state in the context of geopolitical instability, new challenges and threats, said President Kassym-Jomart Tokayev during the state award ceremony for high ranking military and special officers on May 6, reported Akorda. 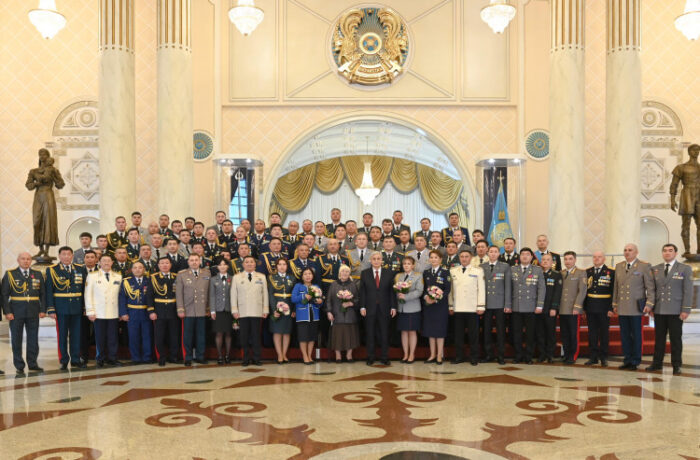 The President congratulated the participants on the Defender of the Fatherland Day and Victory Day and praised the contribution of military personnel and staff of special government agencies to ensuring the country’s security.

“This year marks the 30th anniversary of the Armed Forces of Kazakhstan. During this period, our troops have become an excellent army. Our officers perform border security. They contribute to strengthening our statehood,” Tokayev said.

During the World War II, approximately 500 Kazakh people became Heroes of the Soviet Union and the heroic deeds of many front-line soldiers were not recognized. Three Kazakh soldiers were posthumously awarded the title of Khalyk Kaharmany, or People’s Heroes.

Photo credit: Akorda Press.One of them is legendary sniper Tuleugali Abdybekov who shot 397 enemy soldiers. He became the Hero of the Soviet Union after his death. His feat almost went unnoticed.

Captain Alexander Nesmiyanov also showed courage and heroism. He fearlessly rushed to battle and took an entire battalion with him. He fought alone and killed 13 soldiers. Nesmiyanov was nominated three times for the Hero of the Soviet Union, but each time he was unfairly refused.

Ibrahim Suleimenov was also a talented sniper. He shot 289 enemy soldiers during the year. He fought together with famous hero of the Kazakh people Manshuk Mametova. He died on the battlefield 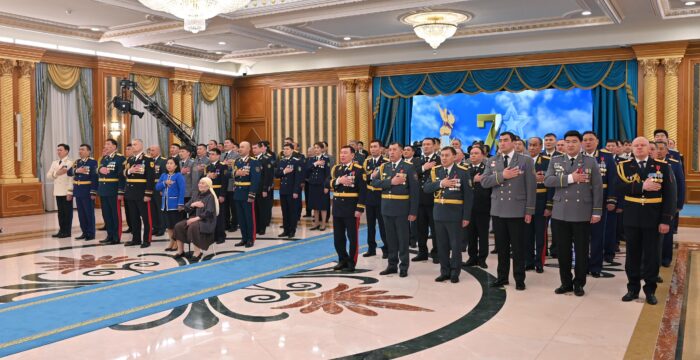 Photo credit: Akorda Press.Tokayev presented the Golden Star and the Otan Order to the Abdybekov and Suleimenov’s families, who also attended the event. Nesmiyanov’s award will be on display at the museum.

“This is a triumph of justice. We will continue to honor our heroes and praise them. Their deeds will never be forgotten. The generation of front-line soldiers will forever be a role model for the young generation,” said Tokayev.