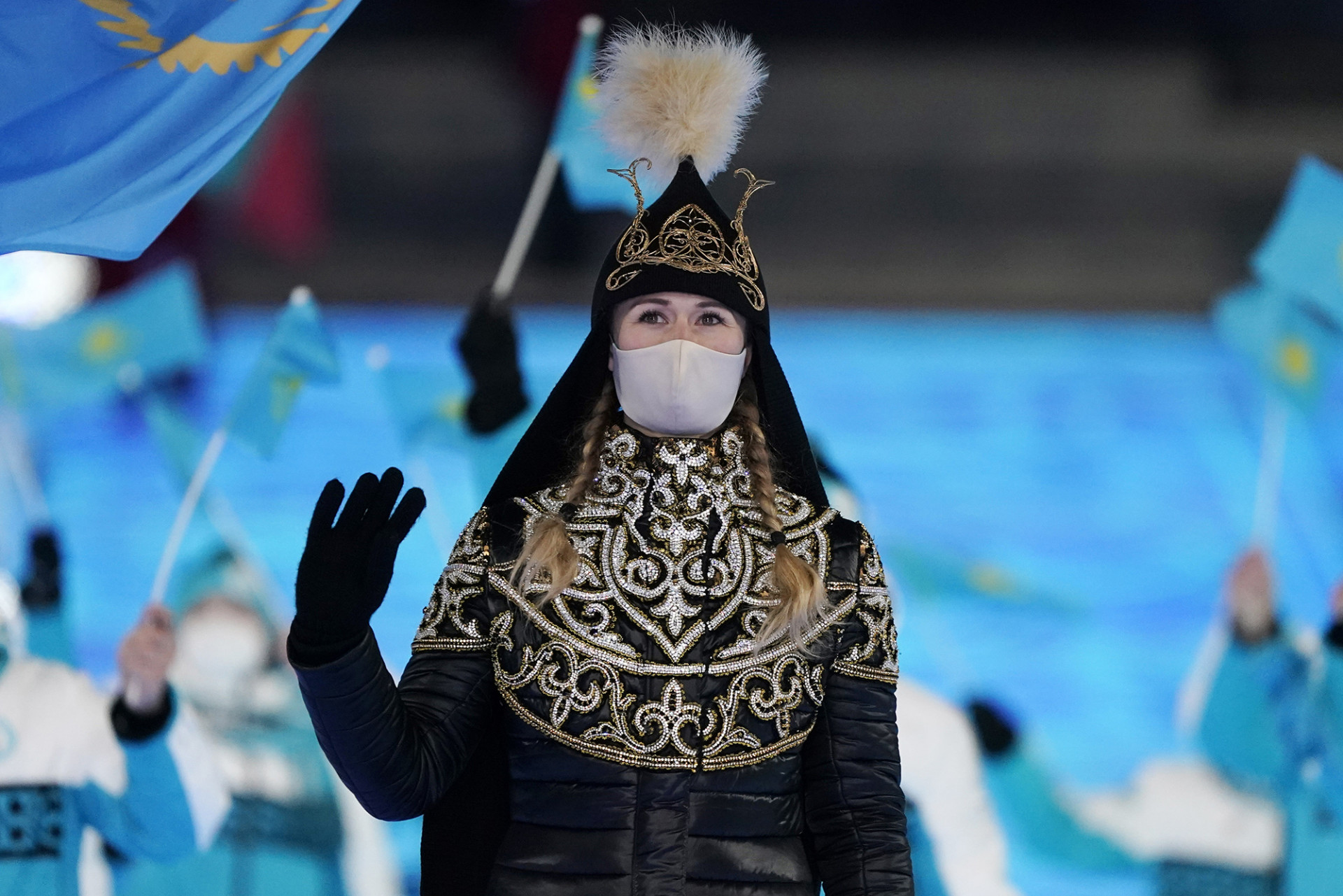 The attire worn by speed skater Yekaterina Aidova and short track athlete Abzal Azhgaliyev turned heads as they attended the opening ceremony and was recognized as one of the best costumes. Several foreign media outlets, including The Guardian, The Insider, and Japanese Уomiuri, published articles about the costumes. 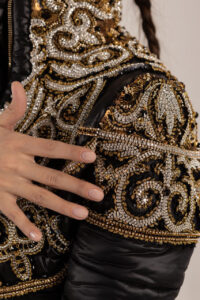 “When Abzal and I arrived at the opening ceremony of the games, we immediately drew attention. The outfits captivated everyone, and it was exciting,” said Aidova during the ceremony. “You feel a particular pride and support when your culture and traditions are presented with such dignity. Today I am delighted again, as this fascinating outfit will continue to convey our Kazakh traditions and history to people from around the world”.

Kazakh designer Violetta Ivanova created the costumes saying they sought to bring the “maximum meaning” to them.

“We want to see the people of Kazakhstan thriving, that’s why we put the sun, which is the source of the most powerful life energy, and the golden color, which is worn by the winners at the base of the ornament,” she added.

The costumes encapsulates many aspects of the Kazakh culture. The koshkar muyiz (ram horns) decor is combined with floral ornamentation, which represents harmony with the surrounding world, desire for life, fertility, and abundance.

The central element of the men’s costume is the kalkan, a shield symbolizing courage and strength. Black symbolizes depth and wisdom, and it also refers to the kara shanyrak, the wooden crown of the Kazakh yurt that has been passed down from generation to generation for hundreds of years. 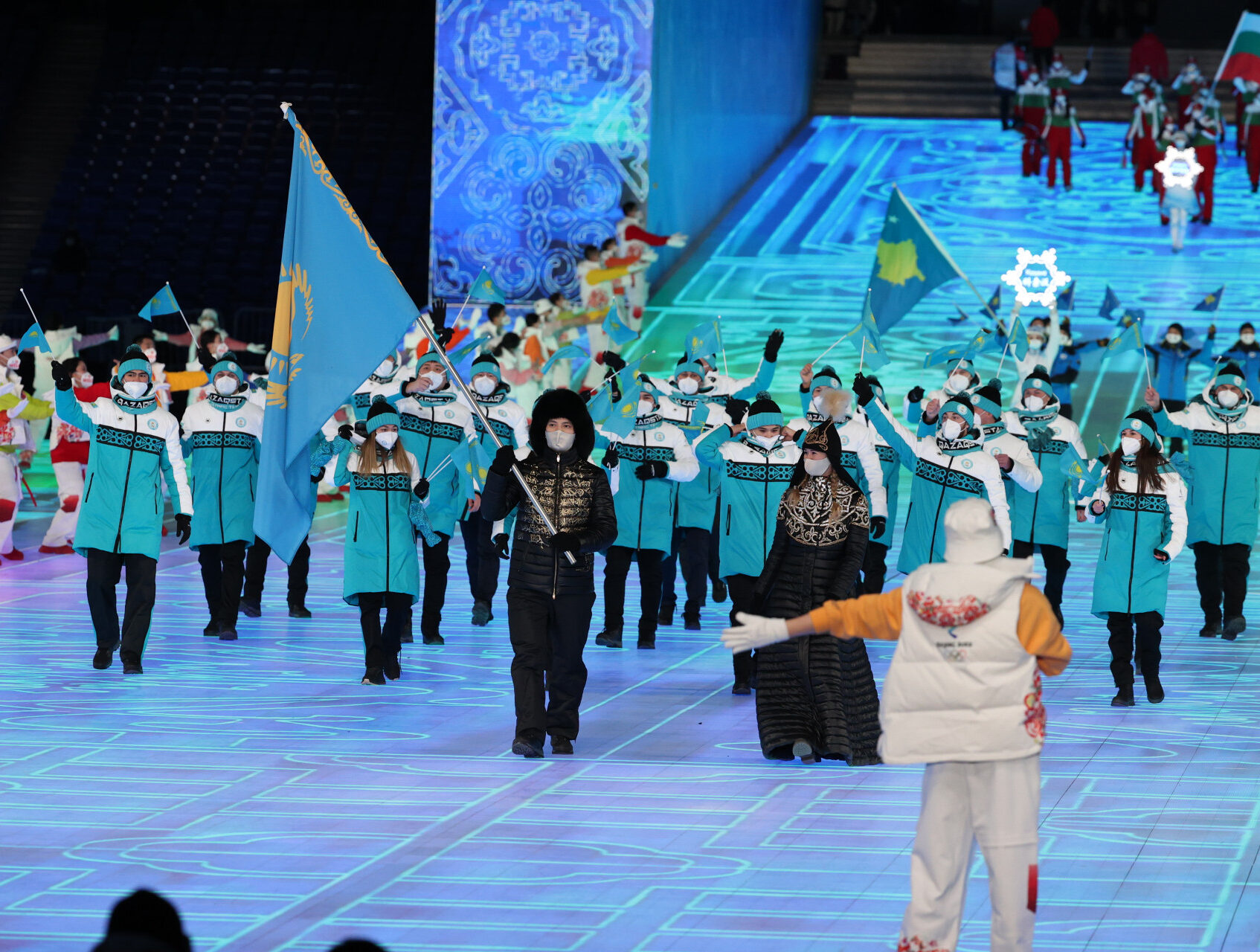 Patricia Raymond, senior collections manager at the Olympic Museum, said that the outfits instantly caught the attention of the IOC heritage team.

“The attire will enrich the costume collection of the Olympic Foundation for Culture and Heritage, which includes outfits made by renowned brands and designers, such as Lacoste, Armani, Stella McCartney, and D2Squared, among others. It will be conserved with great care and presented in exhibitions in Lausanne and elsewhere around the world,” she said.

The Olympic Museum receives over 500,000 visitors per year at its home in Lausanne. Today the museum exhibits thousands of valuable artifacts from the history of the games.