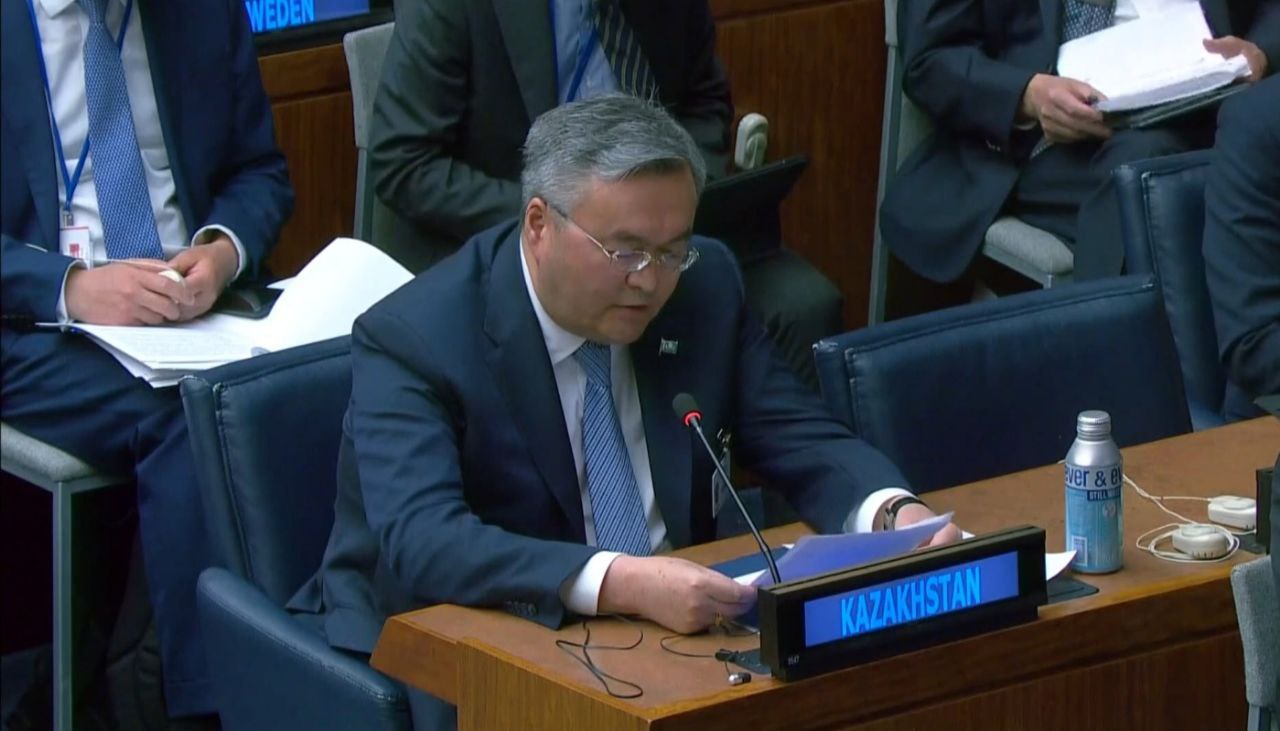 He said Kazakhstan stands ready to expand the supply of agricultural products on the world market, and assist in ensuring reliable delivery of international humanitarian aid to Afghanistan. The World Food Program bought 20,000 tons of flour from Kazakhstan for Afghanistan last October for the Afghan people.

“In this regard, we count on the support in this area and the participation of all interested and international structures, including the Islamic Food Security Organization, based in Kazakhstan,” said the minister, calling on the partner countries to strengthen international financial support for the creation of effective mechanisms to increase productivity in the agricultural sector for the countries in need.

On the same day, Tileuberdi met with UN Secretary-General António Guterres to discuss the cooperation between Kazakhstan and the UN. He told Guterres about the large-scale reforms undertaken by Kazakh President Kassym-Jomart Tokayev and the upcoming referendum on proposed amendments to the Constitution. The minister also conveyed the invitation from President Tokayev to the VII Congress of Leaders of World and Traditional Religions scheduled for Sept. 14-15 in Nur-Sultan.

The conference brought together a wide group of countries most vulnerable to food shortages and states that play an important role in ensuring global food security. The event was attended by UN Secretary-General António Guterres, U.S. Secretary of State Anthony Blinken, the foreign ministers of Germany, Italy, Pakistan, Romania, Turkey, and representatives of 30 UN member states, as well as heads of international organizations, including the Food and Agriculture Organization and the World Food Program.

Addressing the conference, Guterres said global hunger levels are at a new high.

“In just two years, the number of severely food insecure people has doubled, from 135 million pre-pandemic to 276 million today. More than half a million people are living in famine conditions – an increase of more than 500 percent since 2016,” he said emphasizing that climate emergency also drives hunger. Over the past decade alone, 1.7 billion people have been affected by extreme weather and climate-related disasters.