NUR-SULTAN – Ulf Wokurka, an Independent Director and Member of the Board of Directors of national railway operator Kazakhstan Temir Zholy (KTZ) spoke about the company’s plans to enhance its transportation services so that passenger are being serviced “from door to door,” and about the conditions the company has to satisfy before going public in an exclusive interview with The Astana Times.

Kazakhstan has an extensive network of railroads, which total length is approximately 16,000 kilometers. Click on the picture to see the map.

KTZ is a national transport and logistics holding, the largest operator of Kazakhstan’s railway network, whose sole shareholder is the Samruk Kazyna Sovereign Wealth Fund. The company was established in 1997 and over the 25 years of its activity has become the largest railroad company providing freight and passenger transportation services.

The company ranks among 15 largest railway companies in the world in terms of freight turnover and revenue. 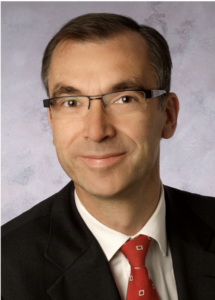 Around 50 percent of total freight turnover in Kazakhstan is transported through railways, according to the Bureau of National Statistics. KTZ being the largest railroad service provider, transports the majority of that freight. In 2021 KTZ freight turnover was 223 billion tonne-kilometers.

KTZ also ranks as the largest employer in Kazakhstan, providing over 110,000 citizens of the country with jobs in the companies of KTZ group.

Ulf Wokurka, a banking and finance expert from Germany, has worked with several large Kazakh companies over the last decade.

Over the next five years the company plans to integrate an initiative aimed at harmonizing its timetables so that the passenger train services are in tune with adjacent transportation service providers, such as airlines and bus services.

“For instance, your plane arrives in Nur-Sultan but your final destination is Kokshetau. You don’t have to bother how to get to the main central station of Nur-Sultan, instead you can use a designated shuttle bus service to the train station which is the closest to the airport and from where the train for Kokshetau would depart at a time which would allow you to get safely, conveniently and without delay to your train. The resulting increased customer satisfaction is clearly in the interests of both the relevant airline and KTZ as they can both hope for increased passenger numbers. We want to agree on the same harmonization of the passenger train timetables also with bus operators,” said Wokurka.

This will bring the service to an entirely new level when the services are being provided not only “from railroad station A to railroad station B” but instead the new services will allow for traveling “from door to door” with all segments of the journey being offered and ready for booking through a new mobile application of KTZ for passengers. 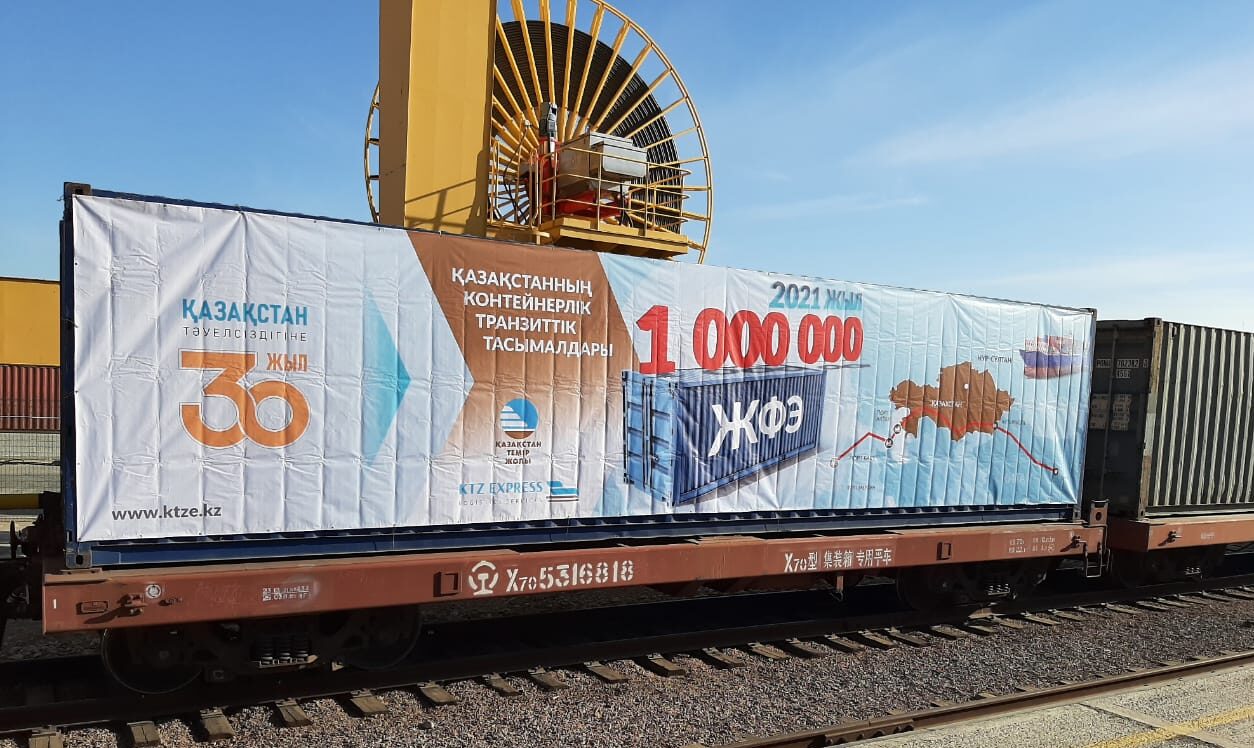 Those changes involve many other transportation agents and support their interest as well, said Wokurka. “We will cooperate with leading taxi service providers, with Air Astana, and with large inter-city bus transportation providers.”

The company has already begun implementing the development concept and has started the negotiations of a respective agreement with Air Astana, Kazakhstan’s flagship air carrier.

There are also plans to create several transport hubs around major cities and regional centers, and to modernize rail tracks and rail stations, as well as plans for constructing new tracks in order to match the increasing demand for freight transportation and to adjust to the changing popularity of certain transportation routes.

One of them is the track between the Chinese border and the north of Balkhash Lake that currently is a single track. Adding a second track will increase the throughput capacity threefold, according to Wokurka. 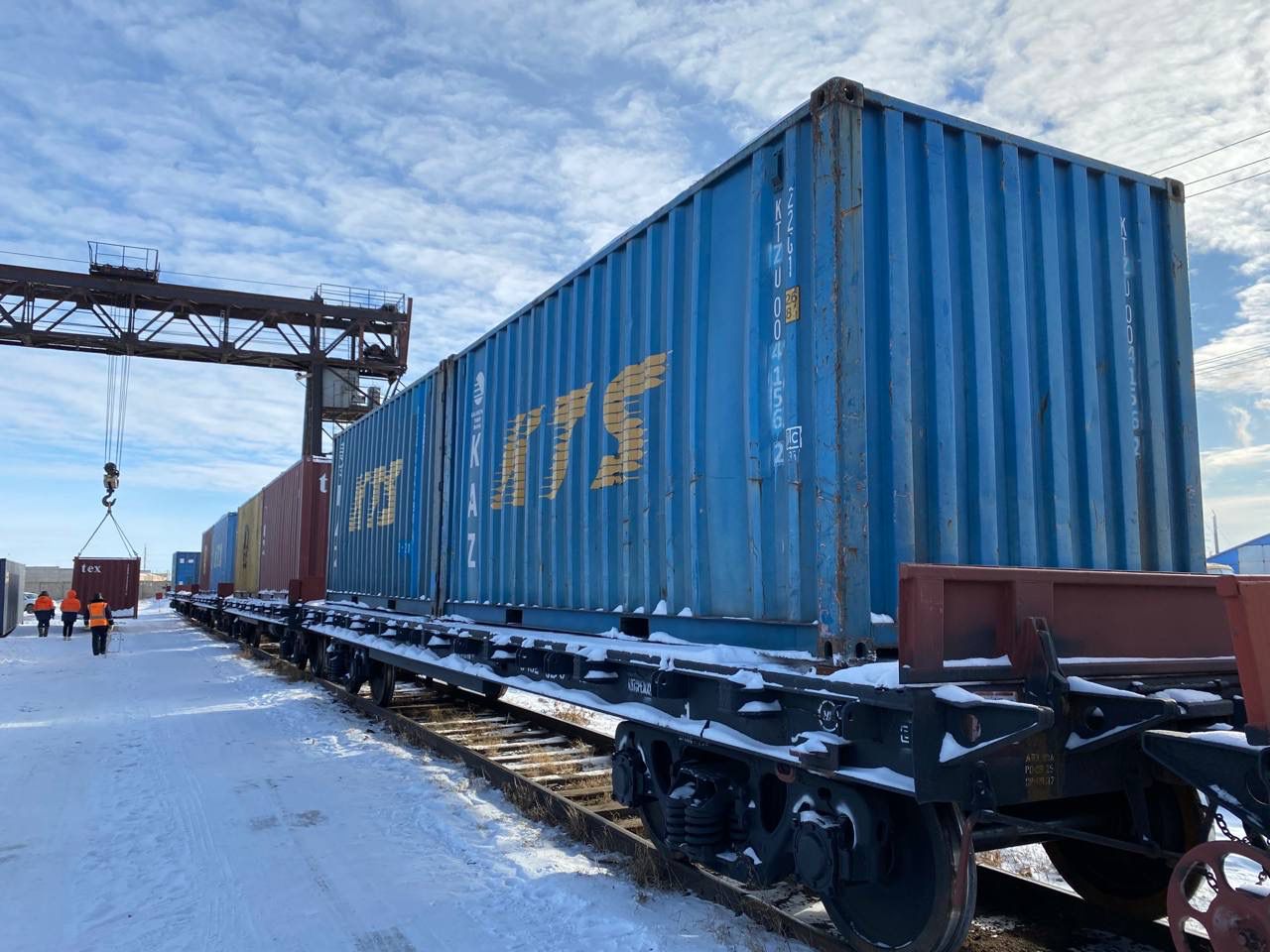 Cargo transportation for export through KTZ railways network increased by 6 percent in the first quarter of 2022. Export accounts for more than 35 percent of the total volume of freight traffic. Photo credit: railways.kz

While the numerous projects for upgrading the throughput capacity require considerable financial means, KTZ is trying to reduce its dependence on foreign borrowing and is looking for alternative sources of financing. “We think that for some investment plans the National Fund (a sovereign wealth fund that is operated by the National Bank of Kazakhstan) would be an important source for these long-term investments into the future. Investing today in the railways sector is tantamount to investing in a modern transportation infrastructure for future generations,” said Wokurka.

The significant debt burden of KTZ has been among those factors that have so far prevented the company from seeking a public listing. Several conditions should be met before KTZ can seriously hope for a successful initial public offering or IPO of its shares, said Wokurka.

The very first condition is to determine which entity of the KTZ group should go public. JSC NC KTZ is a large transport and logistics holding that comprises several companies. Some of them are profitable, some of them are less profitable and have accumulated in the past considerable liabilities in terms of debt which clearly diminishes the attractiveness of such offerings for investors. Within the KTZ group, profitable segments, such as the provider of freight transportation services, are currently cross-subsidizing less profitable or even loss-making companies.

“If we choose only one segment of the group [to go public], which is seemingly simpler and quicker to achieve, then we should also think ahead about the implications which this would have if the arguably most profitable asset, for instance, the provider of freight transportation services, is put on the market and maybe 25 percent or 50 percent of the shares belong to new investors. Besides the short-term benefits of a successful share offering and placement for the group’s finances, most certainly, this would in the long term also adversely affect the cross-subsidizing capacity of the whole group.”

Yet another implication to be duly considered within any decision making on a possible partial privatization or going-public is the impact of such plans on the company’s future debt service capacity. Roughly one third of the group’s external debt is denominated in foreign currencies while the group’s revenues are predominantly tenge-denominated. This implies that a possible listing of the group’s most profitable segments might leave the company in an even more difficult debt service situation.

Finally, it is necessary prior to aiming for an IPO to define the future terms and conditions under which KTZ and other (privately-owned or foreign state-owned) railroad companies will compete for their share in the market for freight transportation services concerning both domestic and cross-border transportation routes. According to Wokurka, the validity period of this definition should be a long-term one and ideally be enshrined in a respective legal act.

Within a recent pilot project, two private railroad companies have been granted access to freight transportation services without specifying in advance exactly what services they can compete against KTZ.

“This led to a situation where they [the privately owned license holders] have quickly ‘cherry picked’ the least cost intensive and most profitable lines and freight, while KTZ was left with the less profitable cargoes and lines that KTZ is obliged to service anyway being the national railways operator,” said Wokurka.

“In principle, we are not at all against private transportation companies that are part of the railways sector, but they should at least be obliged to take the same mix [of transportation services] in terms of the goods being carried and the lines being serviced.” Otherwise, the only result of an increasing role of private-sector railways operators would “undermine our only chance how KTZ as a group can cross-subsidize relatively low train ticket prices for our passengers and also ensure that socially important goods are being transported at prices which don’t always cover our related costs,” he added.

As a result of the ongoing military operations in Ukraine, the stability of freight transportation passing through Russia has been questioned and is increasingly perceived as becoming uncertain. Accordingly, the volume of goods being dispatched for their final destination across the territory of Russia has started to shrink. It should be noted that Russian railway workers provide every possible assistance in the passage of transit cargo in all directions.

The company has taken steps to minimize the impact of the military conflict on its operations, such as optimizing its external borrowings and diversifying its funding sources in an effort to mitigate the currency risks. Furthermore, KTZ is taking measures to reduce its operational costs, as well as resuming negotiations with suppliers and other business partners in order to prevent unexpected price hikes for purchased equipment, spare parts and services.

Developing alternative transportation routes is yet another one of these measures, and among them is the Trans-Caspian international transportation route (TITR) which would allow for the rerouting of non-ferrous and ferrous metals, and coal exported by shippers from Kazakhstan through the ports of Azerbaijan, Georgia and Turkey.

The TITR is part of what is known as the Middle Corridor in China from where it starts and then runs through Kazakhstan, the Caspian Sea, Azerbaijan, Georgia and on to Europe.

The TITR International Association unites around 20 transportation companies, owners of the infrastructure, and carriers from Azerbaijan, China, Georgia, Kazakhstan, Romania, Turkey, and Ukraine.

KTZ has been a regular member of TITR Association since 2017 and can provide transportation of bulk and liquid cargo in the total volume from two to four million tons as an alternative to the Russian route for the transit of goods from China to Europe or export from Kazakhstan.

“We hope to see the first results of these efforts already in the next couple of months,” concluded Wokurka.