NUR-SULTAN – Deputy Prime Minister and Minister of Foreign Affairs Mukhtar Tileuberdi joined Central Referendum Commission (CRC) Chairman Nurlan Abdirov to update on the preparation for the upcoming national referendum on amendments to the Constitution during a briefing with foreign diplomats on May 25. 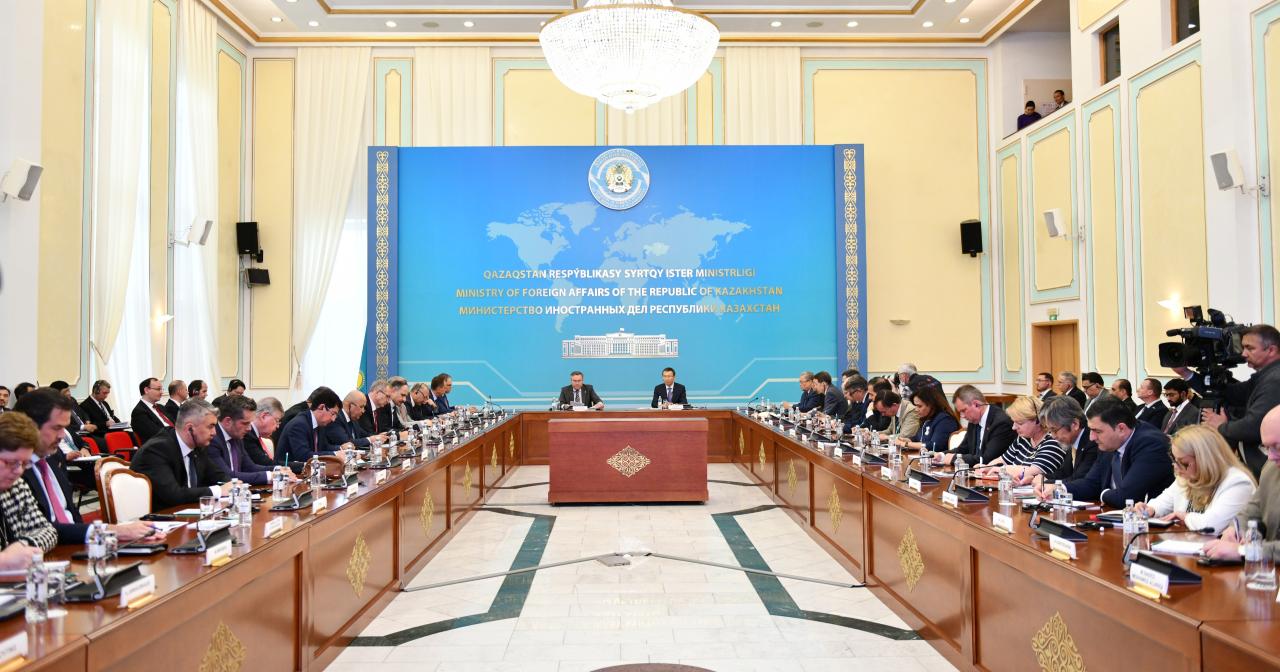 “We, as the state, are committed to holding the referendum in the most fair and transparent manner, in accordance with the best democratic standards and principles,” said Tileuberdi opening the briefing.

The Minister highlighted the importance of the referendum as it represents a historic moment for Kazakhstan, firstly because it will be the first referendum since 1995 when the current constitution was adopted. Secondly, the referendum will concern the changes in one-third of the Constitution articles aimed at shaping a New Kazakhstan.

“These reforms are aimed at establishing the New Kazakhstan which, as our President noted, means first and foremost, a fair Kazakhstan. Specifically, building a more resilient, diversified, equal economy and ensuring a more vibrant, dynamic and competitive political system,” said Tileuberdi.

“The objective is to address vital social and economic problems to ensure the long-term well-being of the people of Kazakhstan,” he added.

Speaking about the preparation for the referendum, Abdirov said that he and the CRC delegations attended all regions of the country and held open meetings with the public to include their opinions on improving the electoral process.

Within three months – from February through April – Abirov participated in 71 meetings, which were attended by 10,000 people.

“The CRC works in strict accordance with the law and operates on the principles of openness and public dialogue. All meetings are held with the participation of the media, live Internet broadcasts are conducted. We welcome cooperation with NGOs, the expert community, and international institutions,” he said.

The meeting also discussed providing proper conditions for the free expression of the will of citizens, including people with disabilities, as well as opportunities for citizens to check their registration as voters and inform all citizens about the voting process.

The campaign included training seminars for national and regional public associations, mass media, and NGOs to promote the rights of people with disabilities.

According to the CRC, 105 observers from organizations such as the OSCE/ODIHR (OSCE Office for Democratic Institutions and Human Rights), the CIS (Commonwealth of Independent States), the Organization of Turkic States, and 13 foreign states have been accredited to monitor the referendum to date.