NUR-SULTAN – Kazakh singer Dimash Kudaibergen appeared before dozens of dignitaries from around the world speaking and performing at the Digital Life Design (DLD) conference in Munich on May 21, reported Dimashnews.com 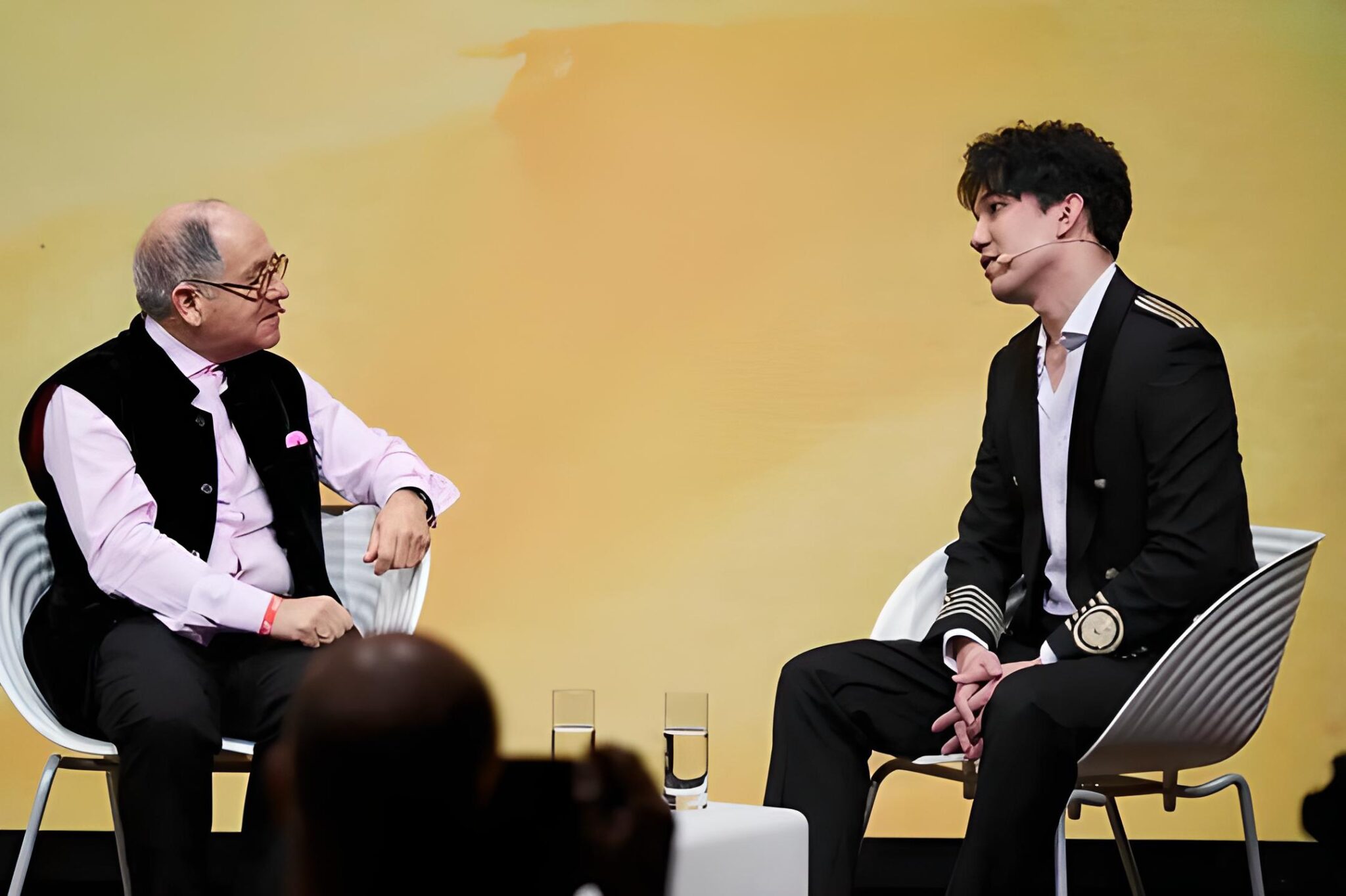 Four months before the conference Mobilium Global CEO and producer Ralph Simon invited Dimash to be a guest at the DLD conference which gathers many acclaimed speakers and artists every year.

Dimash performed “S.O.S.” which became his calling card song, as well as one of his more recent songs – “Stranger”. He also showcased to the Munich audience the unique sounds of Kazakh national instruments dombra and kobyz. He played the“Alqissa” kui (traditional music composition) composed by Nurgisa Tlendiyev on the dombra. Olzhas Kurmanbek accompanied Dimash on the kobyz while he performed the “Stranger” song.

“At the end of Dimash’s performance, the audience jumped to their feet and applauded him loudly. It was the first time ever that an artist from Kazakhstan took the stage at DLD,” said Simon. He also added that playing Kazakh national instruments had a mesmerizing effect on the audience.

In an interview with Simon Dimash became emotional when talking about his grandmother: “Despite having trouble with her legs, every morning she took me to the music school and waited for me for more than three hours,” said Dimash explaining that behind his success, there was a lot of work and immense support from his family and friends, as well as Dears (a term for his fans around the world), who showed him their love and support all along.

During the conference Dimash and Simon also talked about possible future collaborations, namely a meeting with well-known German film composer and music producer Hans Zimmer. Dimash said that it is his dream to work with the genius musician from Germany.

The DLD conference attracts prominent speakers from all over the world that contribute to digital change in business, politics, science, and art. It was founded in 2005 by two visionaries Steffi Czerny and Yossi Vardi and since then welcomed many speakers like the Facebook founder Mark Zuckerberg, architect and designer Norman Foster, Microsoft CEO Satya Nadella, and pop singer Lady Gaga, among others.