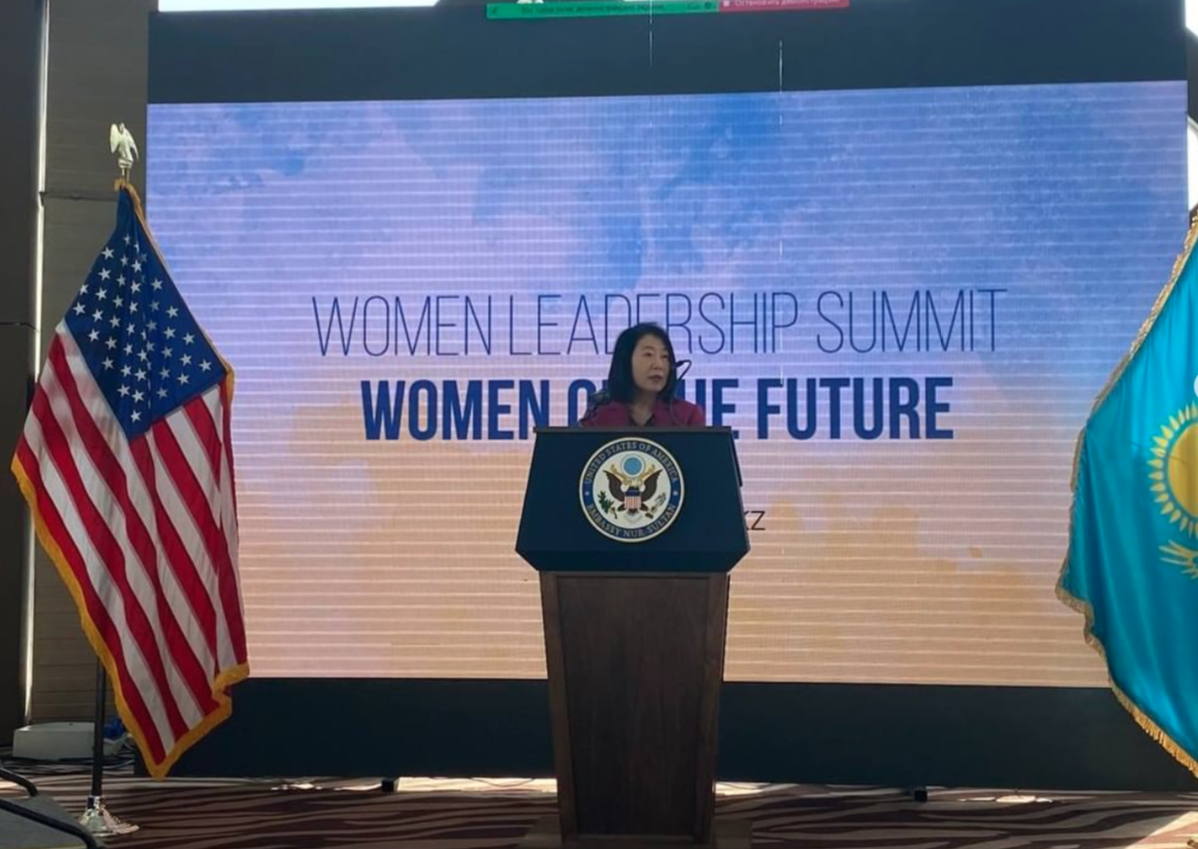 Judy Kuo, Chargé d’Affaires of the U.S. Embassy in Kazakhstan delivers remarks at the summit.

Judy Kuo, Chargé d’Affaires of the U.S. Embassy in Kazakhstan, noted that the support for Kazakh women in business and entrepreneurship through a number of programs is a priority for the U.S. Embassy. The exchange alumni of the National Alumni Network are “changemakers in their communities and the U.S. Embassy is proud to support their successes to benefit Kazakh communities.”

Aigul Kuspan, the Chairwoman of the Committee on Foreign Affairs, Defense and Security of Mazhilis of Parliament, spoke about the achievements and challenges of gender policy implementation. “Women’s empowerment is a priority on the Kazakh legislative measures. The government has created an institutional and regulatory framework for the effective implementation of gender policy,” she said.

Legal protection of women and girls from violence also poses some problems, especially the prevention of sexual harassment at workplace and domestic violence.

UN Women Representative in Kazakhstan Maria Dotsenko welcomed Kazakhstan’s adoption of its 1325 National Action Plan and recent abolition of the list of occupations prohibited for women, and listed a number of suggestions to promote gender equality and empowerment of women and girls in the country. She called to create a women’s talent pool in Kazakhstan for further appointment to leadership positions in the public service and welcomed the gender quota with a minimum threshold of 30% for women in the quasi-public sector that was introduced last year.

Other issues discussed at the meeting included women’s empowerment in politics, the media, entrepreneurship, science and technology.