By Saniya Bulatkulova in International, Society on 26 April 2022

NUR-SULTAN  – The Ordinary Objects interactive exhibition calling to end domestic violence against women opened in Geneva’s Palace of Nations on April 25, reported the press service of the Permanent Mission of Kazakhstan to the United Nations Office in Geneva. 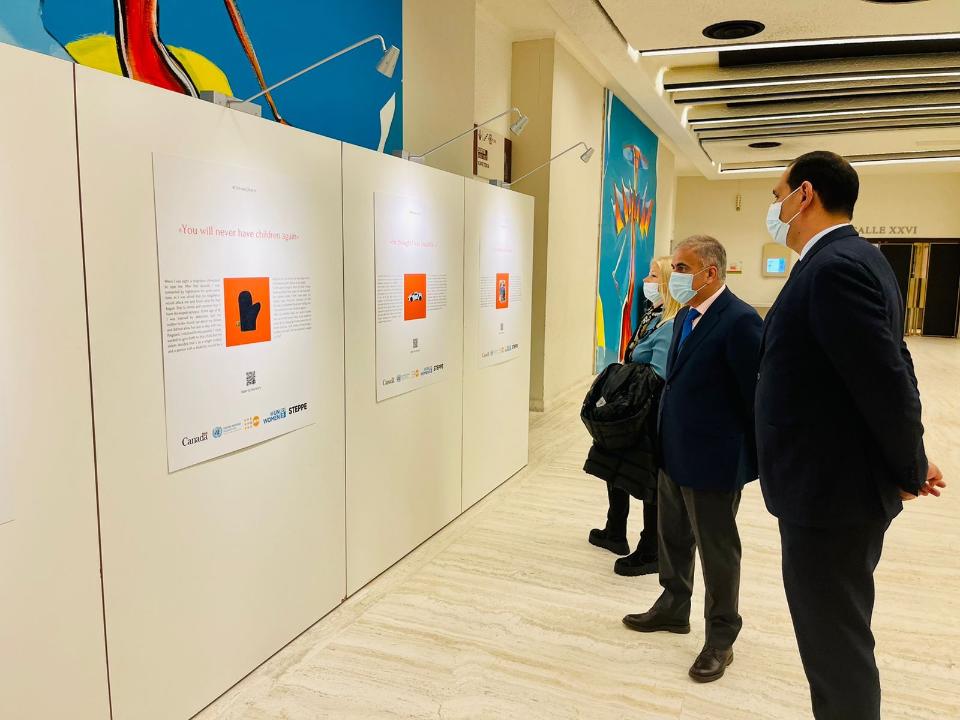 The opening of the exhibition on April 25 in Geneva. Photo credit: press service of the Permanent Mission of Kazakhstan to the United Nations Office in Geneva

The exhibition represents 16 seemingly ordinary items, including a glass, a book, a chair, a shoe or money, which actually conceal the real stories of Kazakh women, who survived physical, psychological, and economic violence. Their cases are based on police reports provided by the Kazakh Ministry of Internal Affairs and crisis centers across the country.

Some Kazakh and international officials, including Permanent Representative of Kazakhstan to the United Nations Office and other international organizations in Geneva Yerlan Alimbayev, Director-General of the United Nations Office at Geneva (UNOG) Tatiana Valovaya and Human Rights Commissioner of Kazakhstan Elvira Azimova, participated in the event.

The exhibition opened first as a part of “16 Days of Activism against Gender-Based Violence” global campaign on November 25, 2021 in the capital’s Keruen mall, then on March 11, 2022 in Nazarbayev University. It aims to draw attention to the problem of domestic violence. 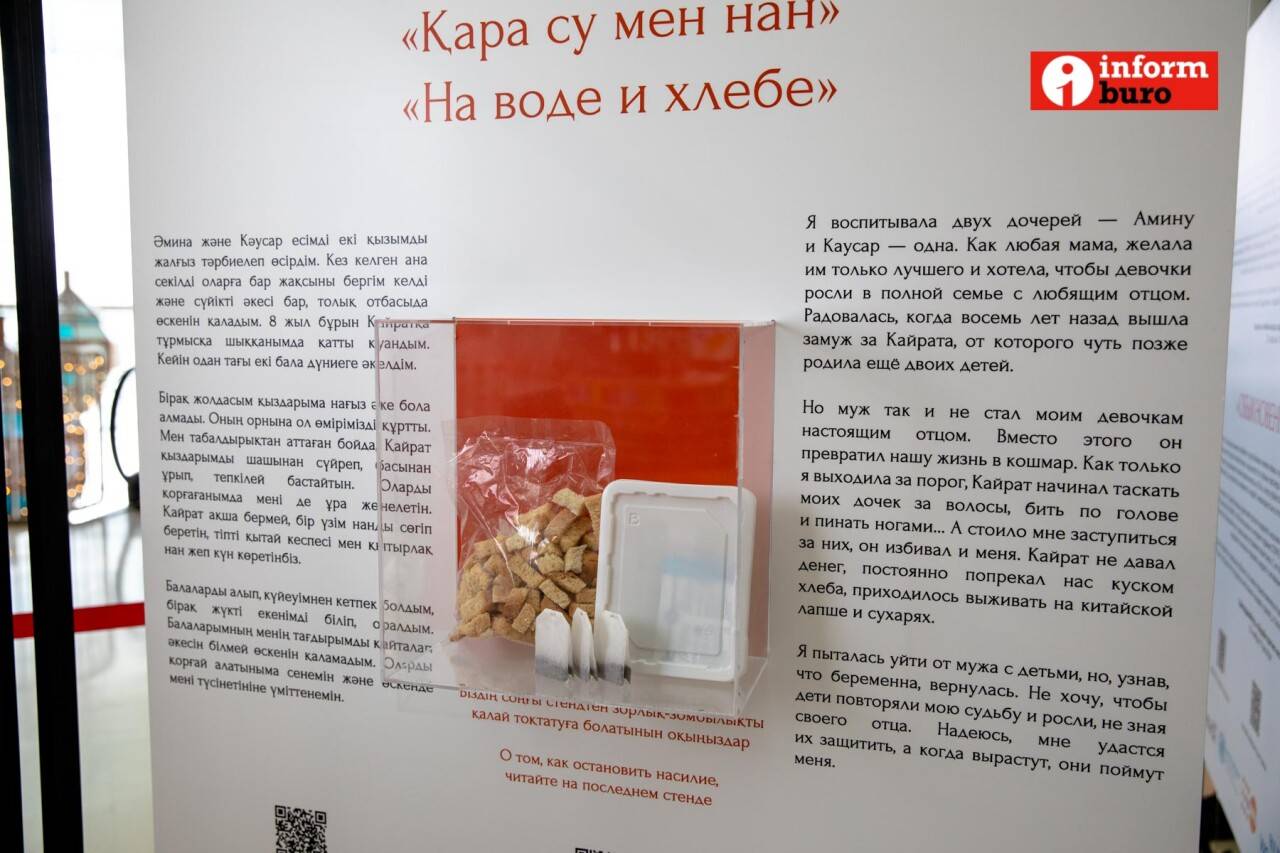 A total of 16 items related to women’s stories were demonstrated during the exhibition in Nur-Sultan-based Keruen mall. The woman, whose story is on display, experienced physical, psychological and economic violence with her two daughters from her husband, so they all were beaten by him and starved. Photo credit: informburo.kz

Earlier in his March 16 state of the nation address, Kazakh President Kassym Jomart-Tokayev instructed the General Prosecutor’s Office of Kazakhstan to harshen punishment for violence against women and children.

“According to the updated Concept of Family and Gender Policy of Kazakhstan until 2030, the government aims to reduce violence against women and children by 50 percent by 2030,” reads the release.

Approximately one in three women worldwide have been subjected to physical and/or sexual intimate partner violence, non-partner sexual violence, or both at least once in their life, the World Health Organization (WHO) reported in 2021.