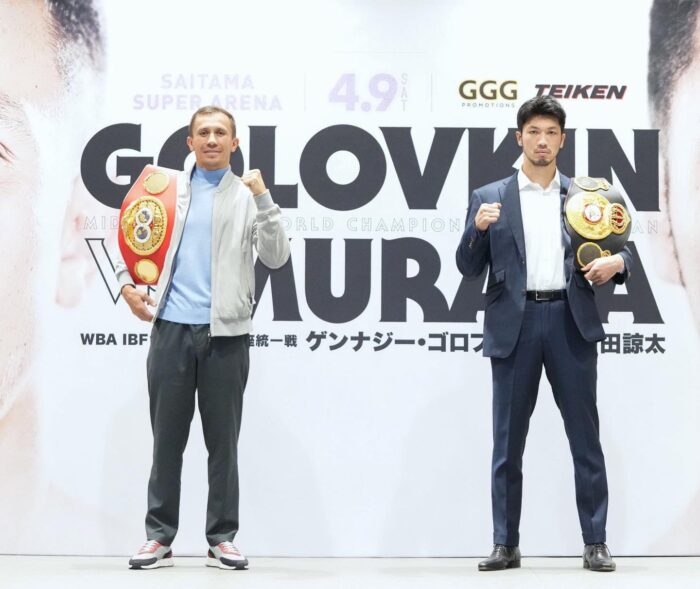 On the eve of the fight, President Kassym-Jomart Tokayev congratulated  Golovkin  on his 40th birthday on April 8 and wished him new victories, well-being and good health.

“Over the years of your amateur and professional career, you prove to be an outstanding athlete. You successfully represented our country at the high level competitions and brought joy and emotions to many boxing fans both in Kazakhstan and around the world. Your talent and diligence helped you to obtain great achievements in sports, to become a role model for our youth. I believe that you will continue to make a contribution to the development of boxing,” Tokayev wrote on his congratulatory telegram.

Golovkin expressed gratitude to the President for his support. He said that it is a great honor for him to represent Kazakhstan in the world and thanked Kazakh people for their support.

“I feel good and will continue fighting as long as I feel good,” Golovkin said during the press conference on April 7, reported the Boxing Scene.

Golokin said that Murata is a good, solid fighter, who has been an Olympic gold medalist and a two-time WBA world champion.

“He came to my training camp in Big Bear many years ago.  We sparred a little.  He was a very serious fighter.  He worked very hard in everything he did in camp, inside and outside the ring,” he said.

According to DAZN, Golovkin’s fight with Murata will be “fight of the year.”

“The Kazakh superstar is having his first contest in over a year and approaching the age of 40, a landmark where most fighters have retired, ‘GGG’ has no intention of slowing down. 2022 has the potential to be the defining year of Golovkin’s career, and his imminent battle in Japan against the local favorite is one he’s looking forward to,” reads the announcement of the fight.

The showdown will begin at 3 p.m. Nur-Sultan time. The fight between Golovkin and Murata is scheduled for approximately 6.10 p.m. The live broadcast will be on the Qazsport and Qazaqstan TV channels.

The fight will be broadcast live in more than 200 countries on the DAZN platform.