NUR-SULTAN – Kazakh Prime Minister Alikhan Smailov called the Asian countries to use the Trans-Caspian international transport route more intensely in his video message to the participants of the Boao Forum for Asia (BFA) that took place in Boao, South China’s Hainan province on April 20-22, reported the Prime Minister’s Office. 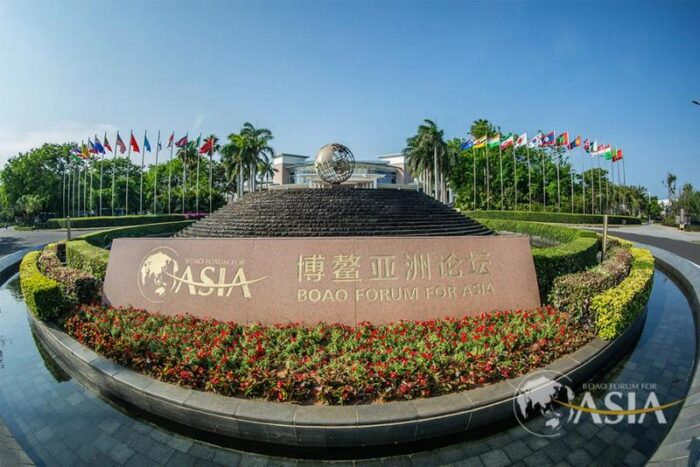 Kazakhstan as a key player of the Silk Road Economic Belt will intensify work on the uninterrupted international transit traffic. “The Trans-Caspian route meets the security requirements for the supplies and the demand for transcontinental cargo delivery,” said Smailov about the importance of cooperation as part of the Belt and Road initiative.

Smailov also spoke about the economic reforms implemented in the country for ensuring growth and improving the well-being of people.

“President Kassym-Jomart Tokayev advanced a large-scale program of political reforms aimed at building a New Kazakhstan this March. An action plan has been approved to implement political reforms and anti-crisis measures. This will contribute to the fulfillment of the social obligations of the state and create a favorable environment for sustainable development,” Smailov said in his opening remarks.

The Prime Minister said that the topics of the forum reflect the most pressing issues in the post-pandemic era. Kazakhstan is committed to overcome the crisis caused by the pandemic and restore stable international economic ties. He proposed to adhere to the WHO strategy to ensure global vaccination and develop rules for the fair distribution of vaccines.

The leaders of Israel, the Philippines, Mongolia, Nepal, Laos and the heads of international organizations took part in the online forum.

This year, the forum was dedicated to the promotion of international development in a new reality. The forum opened its work with the publication of its annual report on the economic outlook for Asia, reported ChinaDaily.com. According to the report, the Asian economy “will remain in the process of recovery and there will be moderate growth amid mounting pressures from the COVID-19 pandemic, geopolitical tensions, monetary policy adjustments in the United States and Europe, and rising commodity prices.”

Headquartered in China, the BFA is jointly initiated by 29 member states. It holds an annual conference to promote economic integration in Asia. The first conference of BFA was held in 2001.