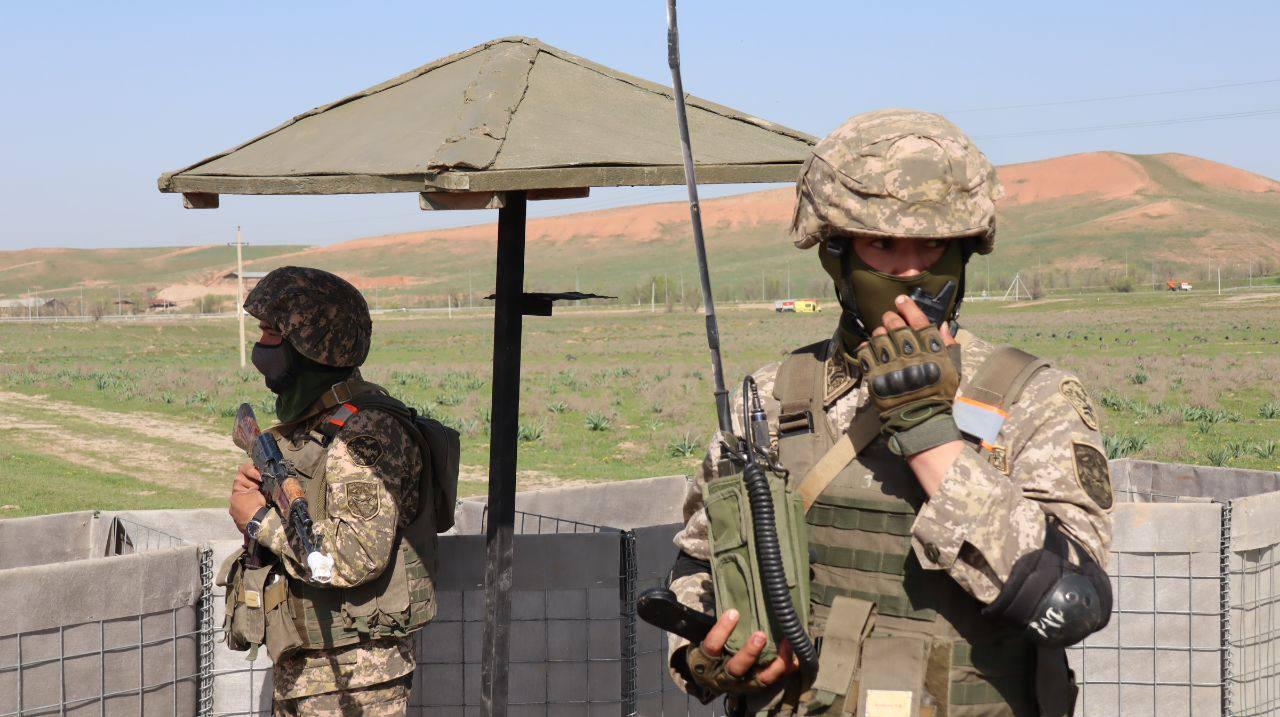 The officers during the active phase of the exercise. Photo credit: Kazakh Defense Ministry press service

“We are soldiers. We are obliged to defend our state whatever conditions may be. I checked the level of training of the Armed Forces at the instruction of the Supreme Commander-in-Chief. You know, we just finished the exercises. We are now conducting an analysis. I would like to say that the people of Kazakhstan can sleep safely,” Zhaksylykov told journalists in the Mazhilis on April 20. 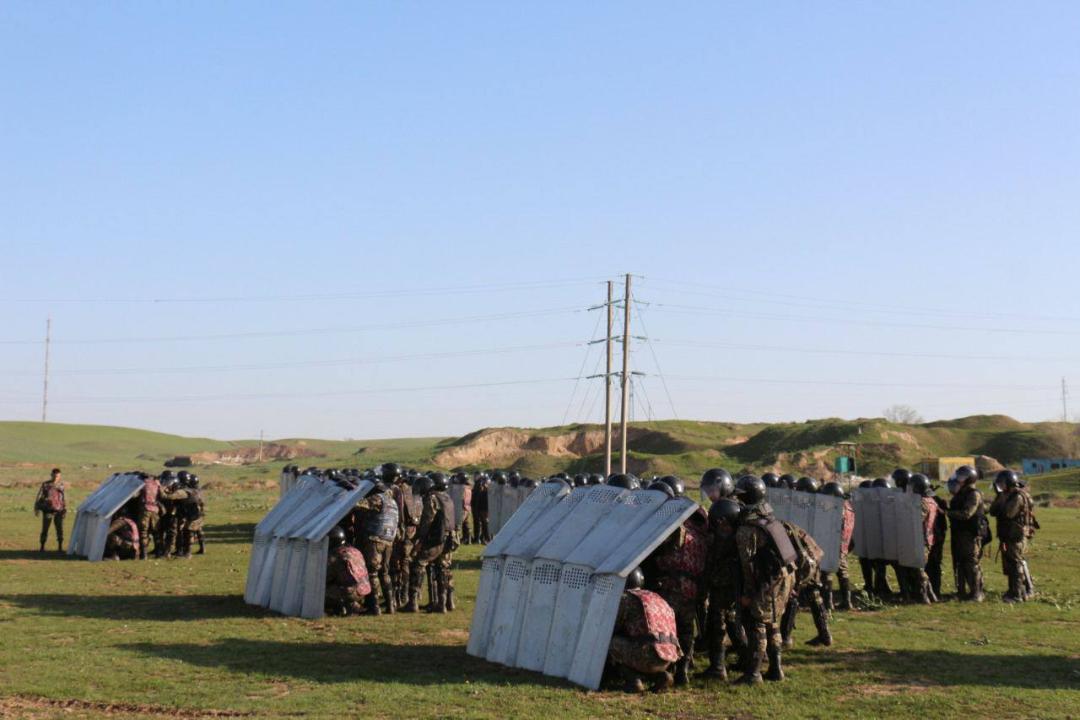 The Batyl Toitarys – 2022 strategic command exercise was held at the instruction of President Kassym-Jomart Tokayev, who is also the Supreme Commander of the country’s Armed Forces. The goal of the exercise is to ensure effective coordination between the security forces, establish their operational and military-technical compatibility, as well as increased interagency coordination.

The exercise, which has been held nationwide since the beginning of April, is unique as it involves the Defense Ministry units, the National Guard, and the Border Guard of the National Security Committee. 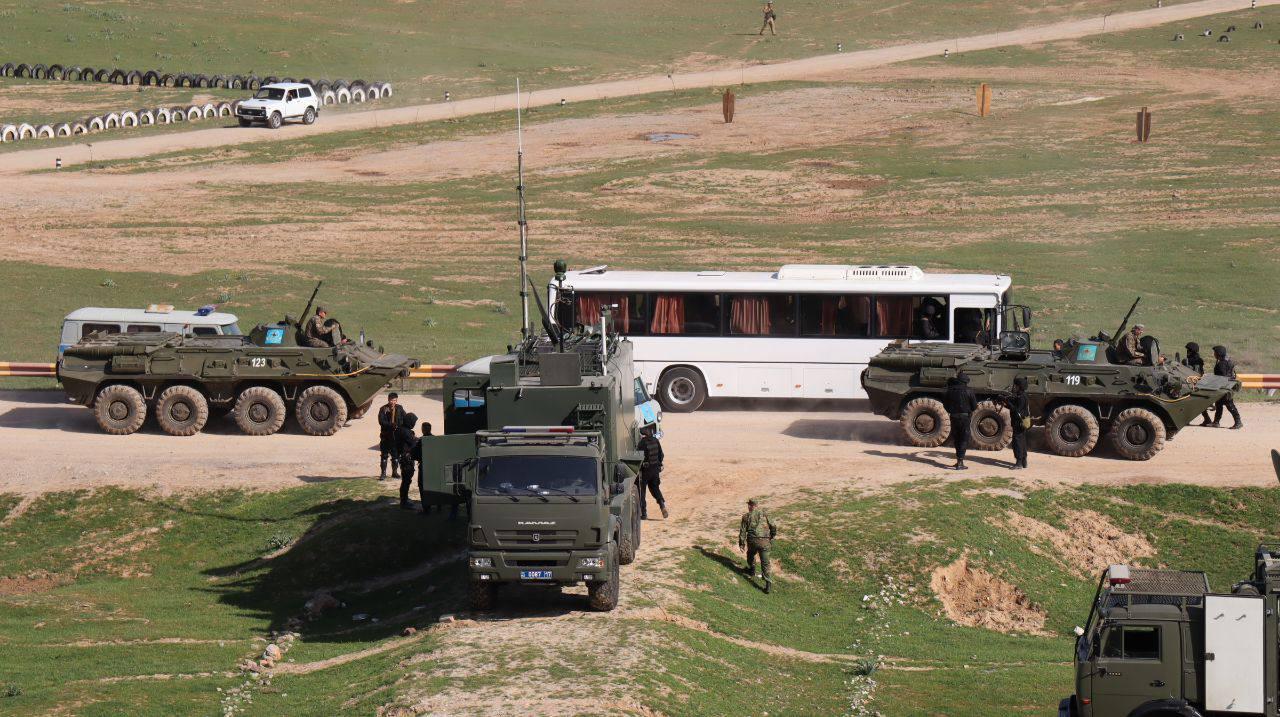 The officers were also trained to operate in populated areas, one of the novelties of this strategic command training. Photo credit: Kazakh Defense Ministry press service

In the main phase, the units of the Airborne Forces practiced tactical methods of combat operations in urban areas, which, given the specifics of fighting in populated areas, require a high level of preparedness from the officers.

According to the plan of the exercise, the battalion tactical group, which included the airborne battalion and Special Operations Forces, and the National Guard officers, was involved in liberating a captured settlement.

After reconnaissance of the area, the paratroopers, under the cover of a flight of army aviation helicopters, bypassed the opponent and opened fire on it. At the same time, the engineer-sapper units broke through the buildings and cleared the liberated facilities, ensuring the advancement of the main forces.

After restoring control over the buildings, the National Guard units began their work to clear the settlement and protect public order.

Attending the active phase of the exercise, Minister Zhaksylykov assessed the level of readiness of the troops and gave instructions on the maintenance of cooperation among the security forces in the joint execution of the training and combat tasks.